One Day Your Automobile May Run on Air

An attack on global warming? Carbon dioxide may one day run your automobile

There’s a great deal of discussion about greenhouse gases, usually about how detrimental they are. Now, there is positive news. For the first time, scientists have shown that carbon dioxide can be removed from the air and be directly converted into methanol as a cleaner-burning alternative fuel to gasoline.

Direct CO-2 capture and conversion to methanol using molecular hydrogen in the same pot was never achieved before. We have now done it!

Surya and Nobel Laureate George A. Olah, a fellow professor at the University of California have published their paper on the CO-2 to methanol conversion process in a recent issue of the Journal of the American Chemical Society. 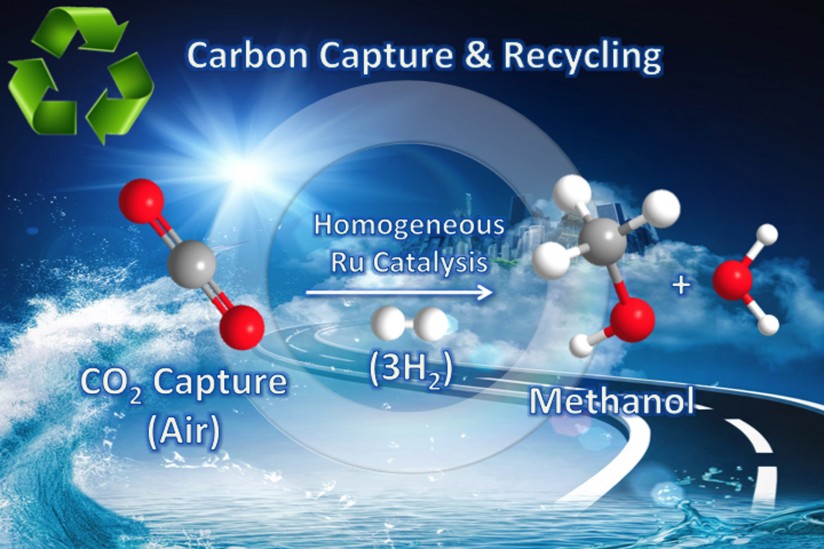 The scientists bubbled air through an aqueous solution of pentaethylenehexamine, adding a catalyst to encourage hydrogen to latch on to the CO2 under pressure. They heated the solution, converting 79 percent of the CH2 into methanol. They hope to perfect the process for industrial use in five to ten years.

Of course, it won't compete with oil today, at around $30 per barrel. But right now we burn fossilized sunshine. We will run out of oil and gas, but the sun will be there another five billion years. So we need to be better at taking advantage of it as a resource.

Already, more than 70 million tons of methanol is produced by the chemical industry. Methanol forms the basis of two of the most highly produced organic compounds, propylene and ethylene. These are used to make products like plastic.

One day, the effects of global warming can be transformed into renewable energy. In the future, perhaps, we will not be dependent upon the volatility of oil-producing countries. Wouldn’t it be exciting to have an automobile that runs on air?