With news about the mosquito-born Zika virus being reported by the World Health Organization (WHO) and Centers for Disease Control (CDC), as well as appearing in several mainstream news outlets, growing concerns over alleged "mystery illnesses" appear to be on the rise, after several isolated reports that involve unexplained sicknesses.

Time reported at its website yesterday on an incident involving American Airlines Flight 109, which was departing Los Angeles for London when various members of the crew and those on board reportedly began to feel sick, leading to one crew member fainting. The captaining pilot, as Time reported, chose to ground the flight by returning to Los Angeles as a precautionary measure, and an American Airlines spokesperson released the following statement about the incident:

“Our maintenance team conducted a thorough inspection of the aircraft, including a test flight, and found no issues... [The air filters were replaced] out of an abundance of caution.”

Following the incident, the "illness" that struck several individuals on board the plane has been referred to as a "mystery illness", though it remains unclear whether any virus or contagion had been present, which resulted in the events which unfolded.

In a separate story occurring elsewhere in the world, the website of the Donbass International News Agency (DINA), a nonprofit site featuring English Language articles, reported on an alleged incident in which a suspected virus killed 20 Ukrainian soldiers, resulting from a contagion being referred to as "California Flu". The alleged virus, as reported by Dninews.com, was released from a laboratory, "located near the city of Kharkov and its base for US military experts."

A statement from the site's article reads as follows:

"According to the medical personnel of the AFU units (Ukrainian troops) there were recorded mass diseases among the Ukrainian military personnel in the field. Physicians recorded the unknown virus as a result of which the infected get the high fever which cannot be subdues by any medicines, and in two days there comes the fatal outcome. Thus far from the virus there have died more than twenty servicemen, what is carefully shielded by the commandment of the AFU from the publicity", said Basurin in daily MoD situation report. Outbreak of deadly virus continues and Friday 22.1.2016."

Admittedly, the story detailed here has a number of questionable elements, which at present remain unverified. The website GlobalResearch.ca also reported the story, which cited the same DINA article referenced above as its source. 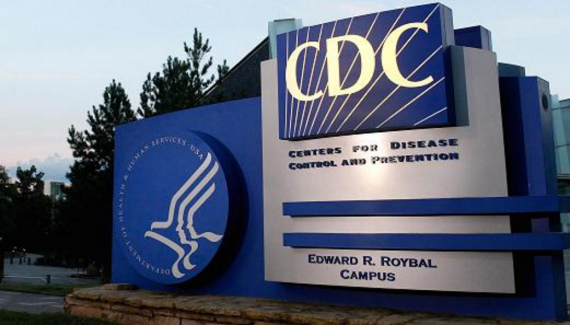 In advance of concerns over the spread of the Zika virus, various airlines and cruise ship companies have begun offering refunds, particularly to pregnant women, as a precaution against the spread of a virus the World Health Organization already warns is "spreading explosively, having affected 31 U.S. individuals, with many more likely to follow. Do the separate incidents cited above represent individual cases of mystery illness, or have they possibly been influenced by concerns over the spread of viruses like the Zika illness that is already being heavily reported?

At present, the CDC advises that expecting mothers should not travel to affected areas, nor should children under the age of 3 use certain types of insect repellent. Though it is believed that an outbreak in the U.S. would “likely be limited", according to the CDC, more information about the possible threat can be found here: CDC page on the Zika Virus.

The UFO Problem: Science, Social Movements, and Theory of Knowledge