One of the foremost figures in the field of science-fiction writing, Philip K. Dick was the author of many novels, including Do Androids Dream of Electric Sheep? In 1982, it was made into a blockbuster Hollywood movie, Blade Runner. Then, in 2011, Dick’s short story of 1954, Adjustment Team, was turned into a big-bucks movie starring Matt Damon, The Adjustment Bureau. It’s to Dick’s relationship with the FBI that we have to turn our attention, however.

According to what Dick told the Bureau, in the early 1970s he uncovered details of a highly secret Nazi cabal in the United States which was trying to infiltrate the world of science-fiction to further its aims and goals. In other words, science-fiction authors were being threatened by this secret group and bullied into promoting Nazi ideologies in their stories. Inserting coded data meant for the eyes of group members was also supposedly a significant part of the story. On October 28, 1972, Dick wrote the following to the FBI:

"I am a well-known author of science-fiction novels, one of which dealt with Nazi Germany (called The Man in the High Castle, it described an 'alternate world' in which the Germans and the Japanese won World War Two and jointly occupied the United States). This novel, published in 1962 by Putnam & Co., won the Hugo Award for Best Novel of the Year and hence was widely read both here and abroad; for example, a Japanese edition printed in Tokyo ran into several editions." 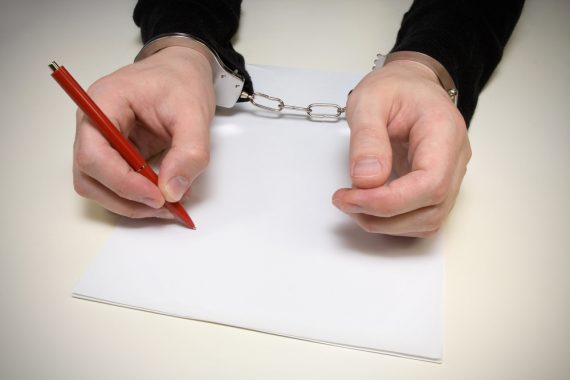 Dick continued and got to the point of his letter: "I bring this to your attention because several months ago I was approached by an individual who I have reason to believe belonged to a covert organization involved in politics, illegal weapons, etc., who put great pressure on me to place coded information in future novels 'to be read by the right people here and there,' as he phrased it. I refused to do this.”

The FBI was further told by the famous writer: "The reason why I am contacting you about this now is that it now appears that other science fiction writers may have been so approached by other members of this obviously Anti-American organization and may have yielded to the threats and deceitful statements such as were used on me. Therefore I would like to give you any and all information and help I can regarding this, and I ask that your nearest office contact me as soon as possible."

Dick added: "I heard only one code identification by this individual: Solarcon-6."

In other correspondence (sent to the Marin County Sheriff's Office, California), Dick revealed that on November 17, 1971 his house – on Hacienda Way, Santa Venetia, California – was broken into and "extensively robbed." A follow-up break-in occurred in March 1972. Dick said that, "My realtor, Mrs. Annie Reagan had stored my things and at least one room of stuff is missing; the bedroom in which the control system of the burglar alarm was located, the one room not covered by the scanner. Obviously it was robbed by someone who intimately knew the layout of the alarm system and how to bypass it." 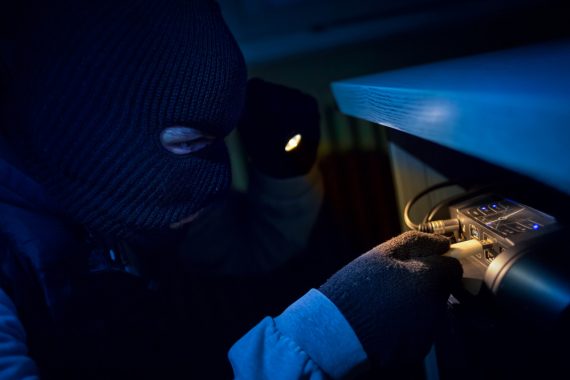 Dick had a few ideas as to who may have been responsible: "Only two or three persons that I can recall knew the layout of the burglar alarm system. One was Harold Kinchen, who was under investigation by Air Force Intelligence at Hamilton Field...It had to do with an attempt on the arsenal of the Air Force Intelligence people at Hamilton on I recall January first of this year."

The story got even more complicated, as Dick revealed: "I have come to know something about the right-wing paramilitary Minutemen illegal people here – they tell me confidentially that from my description of events surrounding that November robbery of my house, the methods used, the activities of Harry Kinchen in particular, it sounds to them like their counterparts up there, and possibly even a neo-Nazi group...Kinchen is an ardent Nazi trained in such skills as weapons-use, explosives, wire-tapping, chemistry, psychology, toxins and poisons, electronics, auto repair, sabotage, the manufacture of narcotics."

Also problematic - and adding confusion - is the fact that there are indications Dick did not actually mail all of the correspondence he intended sending to the FBI. This makes it difficult to fathom the extent (or the lack of extent) to which the FBI became clear on Dick's claims, beliefs, and suspicions. Certainly, there are indications the FBI wanted nothing to do with Dick and his revelations. Thus, we are left with a very weird story - and, without doubt, probably more than a few bemused agents of the FBI!

It’s Not Just You – Others Hear Voices When Reading Too