The Day Tesla Died: Why The True Extent of Tesla’s Genius Remains Unknown

Nikola Tesla was a man of many shades. Brilliant inventor, conceptual physicist, and an engineer who had been nearly unparalleled in his time. His was a mind so bright that, as is often the case with such genius, his brilliance outshone his more practical sensibilities. Thus, in his final days, Tesla was penniless and living off credit within a room of the New Yorker Hotel; now just a shadow of the many shades for which he had once been so greatly admired.

Of all the things Tesla had been, some might also call him a mystic. As noted in Tesla: Master of Lightning (1999, Cheney & Uth), later in his life Tesla had begun to borrow certain phraseology reminiscent of eastern mysticism, likely stemming from his connection with Swami Vivikenada, which did seem to betray Tesla's "mystical" side at times:

"There manifests itself in the fully developed being, Man, a desire… to imitate nature, to create, to work himself wonders he perceives.... Long ago he recognized that a perceptible matter comes from a primary substance, of tenuity beyond conception, filling all space--the Akasa or luminiferous ether--which is acted upon by the life-giving Prana or creative force, calling into existence, in never ending cycles all things an phenomena."

The terminology employed in the passage above sounds mystical indeed, although the underlying thought seems to summarize Tesla's attitudes about science, and the sorts of inspiration he received, in the broader sense.

In fact, Tesla described that throughout his life he often experienced “detailed moments of inspiration.” In his autobiography, he related how as a youth he had been stricken with a dangerous illness in which a peculiar affliction—blinding flashes of light that triggered bizarre hallucinations— would appear before his eyes. Often, the visions were linked to specific words, or perhaps ideas he might have stumbled across, and it is known that Tesla also described frequent flashbacks to events that had happened previously in his life. With his unusual ability to perform “instant recall” of objects and events, it is said that by merely uttering the name of an item Tesla could “involuntarily envision it in realistic detail.”

As is well known, American writer Mark Twain became friends with Tesla, upon meeting at one of many famous parties the two attended in New York. Some even credit Twain with encouraging the scientist to conjure some of his most famous proposed inventions; namely, Tesla’s infamous "death-ray," a super-weapon he envisioned which was never completed in his lifetime. In 1937, Tesla published a treatise called “The Art of Projecting Concentrated Non-dispersive Energy through the Natural Media” which dealt with the implementation of charged particle beams. Indeed, Tesla said his reason for publishing the document had been an attempt to “expound on the technical description of a superweapon that would put an end to all war.” However, the project was never seen to completion.

Among the other novel inventions Tesla had proposed—but never built—included his “flying machine”, which by all accounts seemed to be a sort of ion-propelled aircraft. Much of the details about this alleged flying machine remain mysterious, partly due to Tesla's own vague references over the years. It is worth noting, however, that Tesla had proposed shapes for such a craft which would possess one of two forms: a cigar-shape, or that of a saucer... each of which became recognized as common shapes of reported UFO craft in years that would follow. 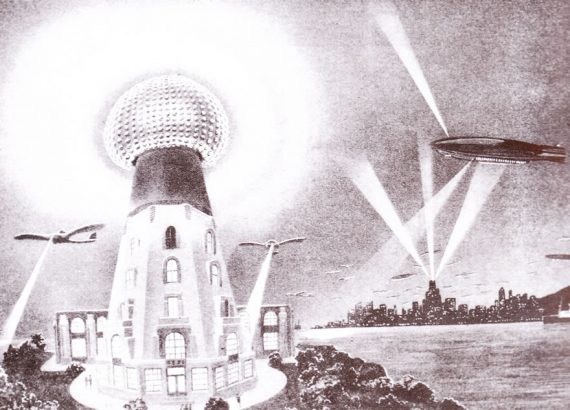 If nothing else, it is noteworthy that Tesla’s proposed designs for his flying machine would match the sorts of objects reported in the years after his death, as alleged "UFOs" began to be reported around the world. These similarities--oddly similar though they may be--are perhaps coincidental, though they have occasionally inspired theories about the possible earthly origins of various UFO technologies.

Of the stranger facets of Tesla's life, there is one incident that took place during the inventor's final weeks which is indeed quite strange, even for one like Tesla. The inventor apparently recounted the story during a meeting shared with John J. O’Neill, who described it in his book Prodigal Genius: the Life of Nikola Tesla, and New York Times science writer William L. Laurence.

A lifelong lover of animals, Tesla had been known to feed pigeons, liking the birds so much that he would occasionally bring them into his hotel rooms with him when he would travel. Of all his favorite pigeons, there was a particularly beautiful white female who bore light gray tips on its wings, which Tesla had noticed seemed to follow him everywhere. Apparently, Tesla began to bond with the bird, describing a great deal of rapport which developed between them. “Yes, I loved that pigeon, I loved her as a man loves a woman, and she loved me,” Tesla said. If ever the bird became ill, Tesla would take great measures to nurse her back to health, feeling that as long as she needed him—and as long as he could keep her with him—nothing else mattered.

In spite of all his great achievements, Tesla said that having his beautiful white bird him is what brought him his truest sense of purpose in life. Then one night as he was lying in bed, his familiar flew into his room, at which time Tesla discerned that “she had something important to tell him.” Apparently, the bird conveyed to him that she was dying. “As I got her message,” Tesla said, “there came a light from her eyes—powerful beams of light… Yes, it was a real light, a powerful, dazzling, blinding light, a light more intense than I had ever produced by the most powerful lamps in my laboratory.” 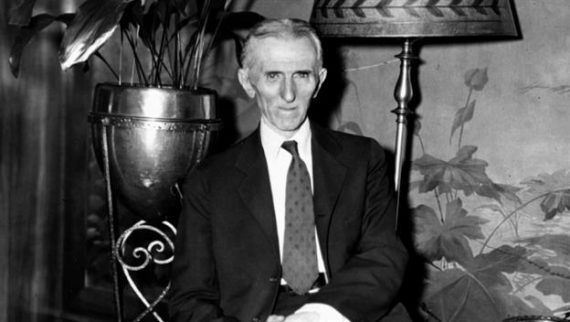 According to O’Neill’s account, Tesla said that once his pigeon had died he lost much of his lust for living, failing in his further pursuit of the sciences. Before that time, he said he had felt capable of completing the greatest programs he could have imagined, but learned that his life’s work had been completed once his soul mate—the beautiful bird for whom he had cared so much—had left him.

On the 7th day of January, 1943, Tesla was found dead in his room at the New Yorker by his maid, Alice Monaghan. His death was ruled was ruled as a result of coronary thrombosis.

Before his death, and despite having apparently lost his "inspiration" to further his endeavors, the inventor still possessed a large amount of information on his various ideas, collected over the years and kept in boxes at his New York apartment; these, along with Tesla's other belongings that related to his work, became of prime interest to the U.S. government upon learning of his passing.

The morning after the inventor's death, his nephew Sava Kosanovic´ hurried to his uncle's room at the Hotel New Yorker. He was an up-and-coming Yugoslav official with suspected connections to the communist party in his country. By the time he arrived, Tesla's body had already been removed, and Kosanovic´ suspected that someone had already gone through his uncle's effects. Technical papers were missing as well as a black notebook he knew Tesla kept—a notebook with several hundred pages, some of which were marked "Government."

P. E. Foxworth, assistant director of the New York FBI office, was called in to investigate. According to Foxworth, the government was "vitally interested" in preserving Tesla's papers. Two days after Tesla's death, representatives of the Office of Alien Property went to his room at the New Yorker Hotel and seized all his possessions.

While aimed largely at preventing Tesla's ideas from falling into enemy hands, many over the years have expressed frustration with the continued secrecy that surrounds Tesla's missing papers. Some have speculated about the contents of the papers, which may have ranged from a supposed "dynamic theory of gravity" that Tesla had proposed, to his intriguing "flying machine" and, of greatest importance to the U.S. Military, the infamous "death ray". Whether or not any of these things were discussed in Tesla's files may indeed remain a mystery; to date, the U.S. government has kept Tesla's papers well out of public view... and away from the eyes of potential enemies. Arguably, the continued secrecy surrounding Tesla's ideas might give at least some idea about their scope and nature, though much is obviously left to the imagination.

Indeed, with the passing of Nikola Tesla, one could easily argue that we lost more than merely a brilliant mind. Much of Tesla's papers and other work were spirited away, and it remains debatable whether the contents of those files may ever really see the light of day. Should that ever come to pass, perhaps only then will we know the true extent of Tesla's genius, much of which remains today only in the imaginations of those who continue to admire his work, and fascinating life. 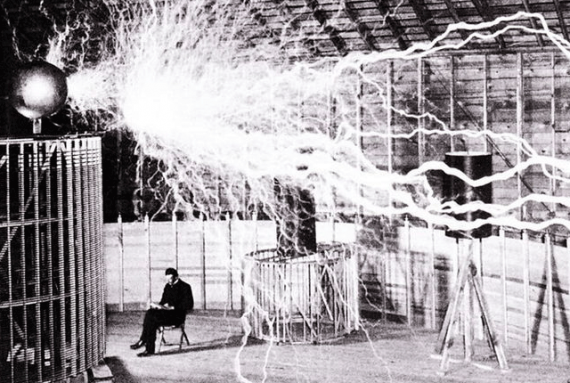