The Lens of the Mystical: Synchronicity and Connections of Circumstance

“See you on the other side!”

They were the last words my friend Jeff and I exchanged before the arrival of the large blizzard that swept across much of the Eastern United States in late January, 2016. Jeff and his wife, living near Baltimore, were a good 500 miles from my abode in Asheville, North Carolina, where we would receive several inches of snow over the next few days (nearby Mount Mitchell, the highest peak in mainland Eastern North America, reportedly received 55 inches over the course of 48 hours that weekend).

However, little did I know, at the time, that my friends in Maryland were dealing with a lot more than just inclement weather.

It was several days before I finally saw the message Jeff’s wife posted on social media, thanking everyone for their prayers, and sharing that Jeff had stabilized, and was finally awake and aware of what had happened; something of which, until that moment, I had remained blissfully unaware.

Needless to say, heart sinking in my chest, I contacted Jeff's wife immediately, and learned that my friend had suffered a heart attack on Sunday, and had himself only recently become aware of what transpired.

It would be several more days before I eventually was in touch with Jeff directly, and by then he was at home, wearing a portable defibrillator, with strict orders not to overexert himself. I reminded him of those last, and now oddly striking words he had shared via text message, just before the heart attack. 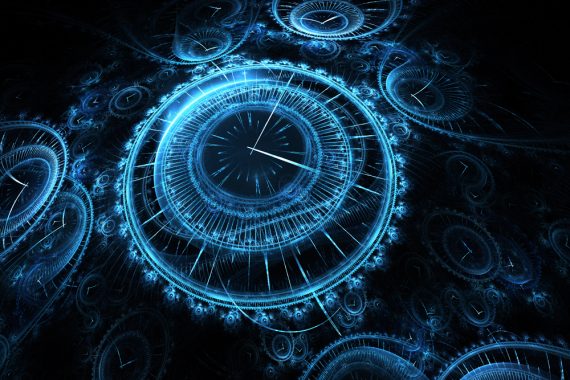 “I no longer believe in coincidences,” he told me. “So many improbabilities lined up to save my life. Starting with EMTs from the other side of town, who happened to be nearby.” Jeff told me that they managed to get him to the hospital going nearly 100 miles per hour, where he was treated by a doctor who performed a cardiac catheterization that the other hospital staff had nicknamed “leader of Seal Team Six,” due to his reputation for efficiency and effectiveness performing such procedures.

“All this in them middle of a blizzard,” Jeff told me. “On a Sunday.”

Jeff said the entire experience really changed his perspectives on things, noting that an old friend, with whom he had experienced a falling out, had actually reached out to him on account of having heard about Jeff’s condition through a post I had made (she, like Jeff, is apparently a listener of my podcast).

“They said I was dead,” Jeff told me. “Must be a really fine line between alive and dead.”

Experiences like these — particularly when they involve a sort of near-death experience as this — do tend to have life changing effects in the aftermath. I couldn’t help but wonder about the alternatives here, and what might have happened if, God forbid, Jeff hadn’t made it. How much more singular, and troubling, his final words before the coming storm could have turned out to be.

I’ll readily admit that such experiences have had a profound effect on me over the years. Ordeals like this, while ending on a very positive note in Jeff's case, certainly can bring one toward the brink of questioning the meaning behind coincidental occurrences, the likes of which may later appear to have far great significance.

Psychologist Carl Jung had coined and popularized the term “synchronicity”, which dealt with the concept of such meaningful coincidences as these. The idea was later explored in greater depth by political and science writer Arthur Koestler in his book The Roots of Coincidence; many others have sought to tackle the underlying significance of meaningful coincidences in similar fashion, examining whether they are merely happenstance, or if they may indeed point to a deeper reality that, at times, has unifying properties that are occasionally shared between individuals. Much like Jeff and I had, with our final exchange before his imminent brush with peril.

I, for one, do feel that such instances offer us an opportunity to deepen our connections and appreciation for others around us, in addition to helping broaden our notions of the subtle interrelationship between conscious thoughts, and events that unfold in their wake; whether those which occur by intention, or resulting from the randomness of nature.

In truth, perhaps one need not see such occurrences through the lens of the mystical, in order to ascribe to their significance.

The Art of Denial: The Secret Lives of Those Who Smear Saucers