Of the many and varied UFO reports that have been declassified into the public domain via the U.S. Freedom of Information Act, some stand out more than others. A few really stand out. And here's one of them. Located in the UFO archives of the FBI, it tells the fascinating story of the tracking of a massive UFO - in 1951 - by the U.S. military. Indeed, upon reading the report, it's very difficult to rule out the likelihood that something genuinely weird was at the heart of the affair. And it all begins like this...

An FBI document of September 20, 1951, and captioned "Flying Saucers," reads as follows: "On September 20, Andrew J. Reid G-2 [Army Intelligence] Ft. Monmouth, NJ, provided following report of unconventional aircraft observed by radar at above Army installation. On Sept 10, fiftyone [sic], an AN/MPG-1 radar set picked up a fast moving low flying target, exact altitude undetermined at approximately 11:10 a.m., southeast of Ft. Monmouth at a range of about twelve thousand yards. The target appeared to approximately follow the coast line, changing its range only slightly but changing its azimuth rapidly. The radar set was set to full aided azimuth tracking which normally is fast enough to track jet aircraft, but in this case was too slow to be resorted to. Target was lost in the N.E. at a range of about fourteen thousand yards." 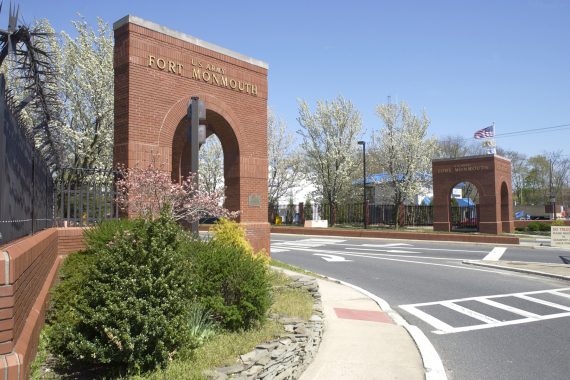 The story gets even more controversial, as the next part of the report makes very clear: "This target also presented an unusually strong return for aircraft[,] being comparable in strength to that usually received from a coastal ship [italics mine]. The operator initially identified target as a ship and then realized that it could not be a ship after he observed its extreme speed. September 10, fiftyone [sic] an SCR-584 radar set, at 3:15p.m., tracking a target which moved about slowly in azimuth north of Ft. Monmouth at a range of about 42,000 yards at extremely unusual elevation angle."

In no time at all, a second radar operator was tracking the movements of the "coastal ship"-sized UFO. The file states: "Both sets found it impossible to track the target in range due to it speed and the operators had to resort to manual range tracking in order to hold the target. The target was tracked in this manner to the maximum tracking range of 32,000 yards. The operator said the target to be moving at a speed several hundred mph higher than the maximum aided tracking ability of the radar sets. The target provided an extremely strong return echo at times even though it was the maximum range. However, echo signal occasionally fell off to a level below normal return. These changes coincided with maneuvers of the target." 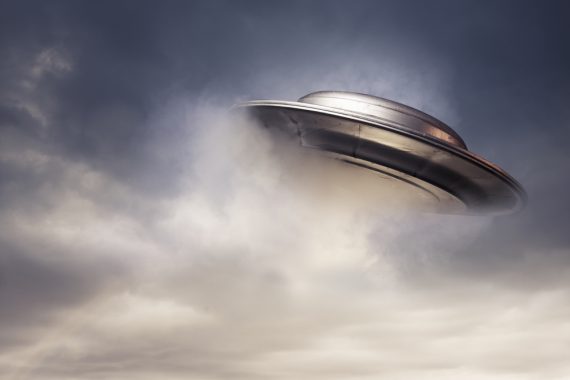 Things were far from over. They actually got even stranger: "On September 11, fiftyone [sic] at about 1:30 p.m. the target was picked up on an SCR-584 radar set that displayed unusual maneuverability. Target was approximately over Navesink, NJ, as indicated by his 10,000 range, 6,000 feet altitude and due north azimuth. The target remained practically stationary on the scope and appeared to be hovering [italics mine]. The operator looked out of the vehicle housing the radar in an attempt to see the target, since it was at such a short range, however, overcast conditions prevented such observation."

Even more extraordinary maneuvers were exhibited by the UFO: "Returning to their operating position the target was observed to be changing in elevation at an extremely rapid rate, but change in range was so slow the operator believed the target must have risen nearly vertically [italics mine]...Once again the speed of the target exceeded the tracking ability of the SCR-584 set so that manual tracking became necessary...The weather was fair when the observation was made September 10th and cloudy for the September 11th report."

Hardly surprisingly, the report provoked significant concern within the U.S. military and the intelligence community.