“A Flying Serpent Of Large Dimensions?” Not Quite…

Over the years I have read some very bizarre stories when it comes to my favorite area of research. Namely, Cryptozoology: the study of unknown animals. But they don't get much more bizarre than the strange saga of England's "Sussex Serpent" - a bizarre "thing" which surfaced in 1857. It's a story far more about hysteria than it is monsters, however, as you'll soon come to appreciate. The curious saga was first detailed in the Sussex Advertiser, and was quickly picked up by other local media.

One such newspaper told the story in all its deranged glory. The title of the article: "The Sea Serpent Outdone." It began as follows: "A few days ago, says the Sussex Advertiser, the quiet little village of Boreham Street was alarmed by a report, which flew almost like lightning, that one of Mr. Robert Pursglove's cows had been attacked by a flying serpent of large dimensions. In a short time most of the villagers had arrived at the spot where the cow, which appeared to have a serpent in her mouth, was dashing about among the others, driving them in all directions." 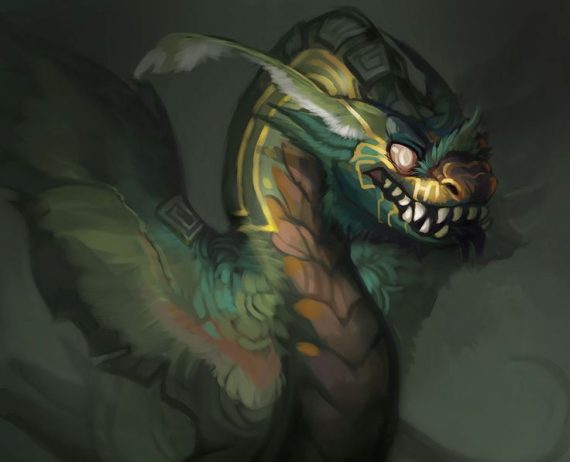 The story continued that a large portion of the creature's body extended out of the cow's mouth and was curled around the poor animal's ears, eyes and horns. Not surprisingly, the cow was described as being in "a state bordering on madness." A deranged cow and a flying monster: not the kinds of things you expect to see in a sleepy, little old English village - and certainly not at the same time! Not surprisingly, the locals were rooted to the spot ("utterly astonished and confounded," the excited readers of the story were told), and were concerned that if they tried to help the cow the monster might turn its violent attention towards them.

Then, someone had a brainwave: why not try and blast the monster with a gun? Well, that was all well and good. But, what if the shooter wasn't that good a shooter, after all, and ended up killing the already traumatized cow in the process? It wasn't just a problem: it was a big problem. The farmer wasn't happy about potentially losing the cow either, given that it was described by the press as "a very valuable one." The villagers were forced to scratch their collective heads.

The press continued: "Whilst talking over the matter it was very evident another fit was coming on, as the cow became restless. Her shaking of the head and bellowing soon began to move the serpent from her throat, and once more he made his appearance, and the infuriated animal began to move in a quick pace towards the persons assembled." Amusingly, the writer of the article added that the throng "...made a precipitate retreat, most of them moving quicker than many of them had done before for a long time." No doubt!

The aforementioned Mr. Pursglove apparently ordered "his man, Vidler," who was armed with a gun, to take the snake out of circulation, as we might phrase it today. Vidler, however, turned out to be the definitive coward and he refused to get any closer to the marauding serpent. Fortunately, someone was on the scene to save the day: "Young Jarman, the blacksmith, being of nimble habits, was selected to take the gun and settle the job." 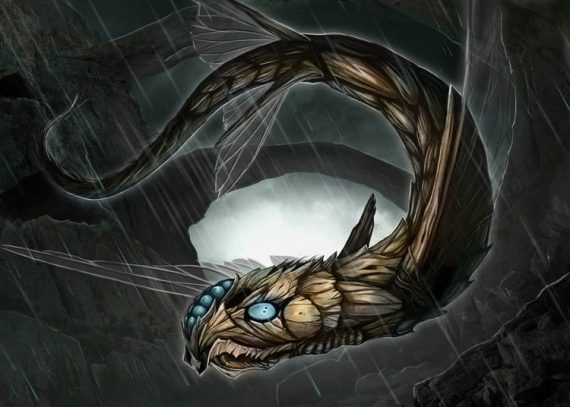 The story continues that an overwhelming silence gripped the crowd, as Jarman cautiously approached the cow. The serpent, we're told, raised its head and spread its wings, as if ready to launch an attack. It didn't quite work out like that, however. Jarman steadied himself, and took the shot. The cow, fortunately, was left completely unscathed. As for the flying snake, it was "captured, and fixed on the end of a pole, and was found to be by measure in length and breadth (perforated by about forty shots) nearly four feet."

It turned out, however, that the "flying serpent of large dimensions" was actually nothing of the sort. So, what was it? It was "...nothing more nor less than as a black silk handkerchief as any person might wish to place around his neck, and which the cow had by some means no doubt taken from the hedge while it had with other wearing apparel been washed and hung out to dry."

The mystery - and the mayhem - was over. Maybe that's exactly how things played out. On the other hand, there's little doubt that the whole saga has a distinct "too good to be true" flavor to it. An entire village plunged into a state of fear, and all because of nothing stranger than a handkerchief? Hmm...

Scale-eating Fish are either ‘Righties’ or ‘Lefties’