Part-1 of this article began as follows (QUOTE): "Under Freedom of Information legislation numerous intriguing files have surfaced from the secret world of government, the military, and the intelligence community. But, there's no denying that one of the most eye-opening of all is a 1953 document found in the archives of the CIA. Its title "A Study of Assassination." As you might have quickly deduced, it's a guideline for CIA personnel on how to kill people. Back in 1997, the CIA released into the public domain close to one and a half thousand pages of material on a historic coup which occurred in Guatemala in 1954, and in which the CIA played a significant role. Within that package of material was the aforementioned "A Study of Assassination." Nineteen pages in length, it provides CIA personnel with just about all the information they will need to take someone out of circulation and make it look like suicide, an accident, or something else of an equally down to earth nature." (END OF QUOTE).

Budding assassins were told that "...for secret assassination, either simple or chase, the contrived accident is the most effective technique. When successfully executed, it causes little excitement and is only casually investigated. The most efficient accident, in simple assassination, is a fall of 75 feet or more onto a hard surface. Elevator shafts, stair wells, unscreened windows and bridges will serve. Bridge falls into water are not reliable. In simple cases a private meeting with the subject may be arranged at a properly-cased location. The act may be executed by sudden, vigorous [deleted] of the ankles, tipping the subject over the edge. If the assassin immediately sets up an outcry, playing the 'horrified witness,' no alibi or surreptitious withdrawal is necessary. In chase cases it will usually be necessary to stun or drug the subject before dropping him. Care is required to insure that no wound or condition not attributable to the fall is discernible after death."

There were, however, plenty of other ways and means to have someone croak and make it look like just a mere, tragic and wholly innocent event: "Falls into the sea or swiftly flowing rivers may suffice if the subject cannot swim. It will be more reliable if the assassin can arrange to attempt rescue, as he can thus be sure of the subject's death and at the same time establish a workable alibi. If the subject's personal habits make it feasible, alcohol may be used [several words deleted] to prepare him for a contrived accident of any kind. Falls before trains or subway cars are usually effective, but require exact timing and can seldom be free from unexpected observation. 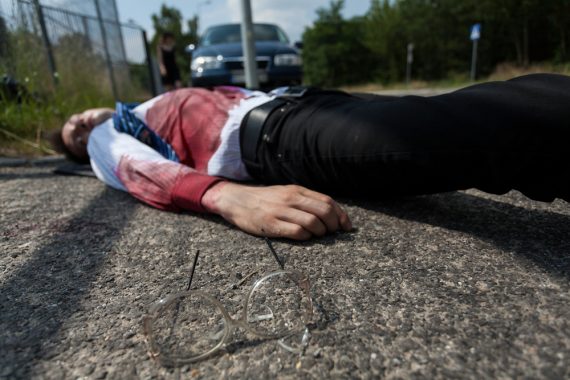 "Automobile accidents are a less satisfactory means of assassination. If the subject is deliberately run down, very exact timing is necessary and investigation is likely to be thorough. If the subject's car is tampered with, reliability is very low. The subject may be stunned or drugged and then placed in the car, but this is only reliable when the car can be run off a high cliff or into deep water without observation. Arson can cause accidental death if the subject is drugged and left in a burning building. Reliability is not satisfactory unless the building is isolated and highly combustible."

The CIA then moved onto the matter of assassination and drugs: "In all types of assassination except terroristic, drugs can be very effective. If the assassin is trained as a doctor or nurse and the subject is under medical care, this is an easy and rare method. An overdose of morphine administered as a sedative will cause death without disturbance and is difficult to detect. The size of the dose will depend upon whether the subject has been using narcotics regularly. If not, two grains will suffice. If the subject drinks heavily, morphine or a similar narcotic can be injected at the passing out stage, and the cause of death will often be held to be acute alcoholism. Specific poisons, such as arsenic or strychnine, are effective but their possession or procurement is incriminating, and accurate dosage is problematical. Poison was used unsuccessfully in the assassination of Rasputin and Kolohan, though the latter case is more accurately described as a murder."

Note: "Kolohan" should actually be "Holohan," for Major William Holohan, of the Office of Strategic Services, who was murdered in Italy during the Second World War. We're then told how "edge weapons," "blunt weapons," baseball bats and "a heavy stick" can all come in very handy when it comes to dispatching someone into the great beyond. And, of course, there's the matter of firearms: 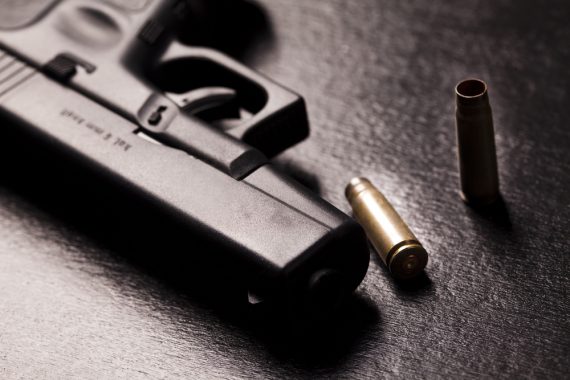 "Firearms are often used in assassination, often very ineffectively. The assassin usually has insufficient technical knowledge of the limitations of weapons, and expects more range, accuracy and killing power than can be provided with reliability. Since certainty of death is the major requirement, firearms should be used which can provide destructive power at least 100% in excess of that thought to be necessary, and ranges should be half that considered practical for the weapon. Firearms have other drawbacks. Their possession is often incriminating. They may be difficult to obtain...However, there are many cases in which firearms are probably more efficient than any other means."

And we're also treated to a section titled "Explosives." It reveals...

"Bombs and demolition charges of various sorts have been used frequently in assassination. Such devices, in terroristic and open assassination, can provide safety and overcome guard barriers, but it is curious that bombs have often been the implement of lost assassinations. The major factor which affects reliability is the use of explosives for assassination. the charge must be very large and the detonation must be controlled exactly as to time by the assassin who can observe the subject. A small or moderate explosive charge is highly unreliable as a cause of death, and time delay or booby-trap devices are extremely prone to kill the wrong man. In addition to the moral aspects of indiscriminate killing, the death of casual bystanders can often produce public reactions unfavorable to the cause for which the assassination is carried out."

And there you have it: a deadly document, to be sure.