Creatures in the Crop Circles

There can be little doubt that one of the most controversial issues of the last two or three decades is that of Crop Circles. Personally, I think that all of the so-called "Pictograms" are made by people. But, calling those same people "hoaxers" would be very inaccurate. Indeed, many creators of Crop Circles view what they do as art; not as something designed to deceive people. What particularly interests me, however, is that more than a few Crop Circle makers have experienced weird phenomena in their very own formations - as if the act of creating such a formation provokes paranormal activity. Or, perhaps, invokes it or attracts it.

Matthew Williams is a friend of mine and someone who, for years, has been labelled a crop circle hoaxer - which is unfortunate, since Matthew has no agenda to deceive anyone. He does what he does because he feels drawn to do so. He has even considered the possibility that he may have been driven to create intricate formations by some form of poorly-understood external intelligence. All of which brings me back to that aforementioned paranormal activity. In terms of Crop Circles, that activity includes seeing strange balls of light over formations we absolutely know were made by people. "Missing time" in Crop Circles has been reported, as have weird and profound synchronicities. And then there's the matter of strange creatures and their proximity to Crop Circles, which is the theme of this article (the matter of the controversial "Mowing Devil" being a well-known and hotly-debated example).

One such case was truly strange, as Matthew reveals: "There was one time, I'd rather not say when or where exactly, as I could get into trouble for admitting I trespassed on the farmer's land and made the formation. Plus, I had a friend named Paul helping me with this one. We were making this circle when we noticed these three bright lights – small balls of light coming towards the field. We watched them; we were fascinated.

"But they split up and each of them went to a corner of the field – and which only left one corner for us to leave by without getting too close to these things. That was a bit unsettling. We didn't know what these balls were, so we raced out of the open corner of the field. We looked back as we ran and could see the balls heading towards us, gliding very gracefully just above the top of the crop. It was like they were on a railway track, just moving very smoothly, but it left us sort of disturbed, too. Like they were almost ghostly and alive. 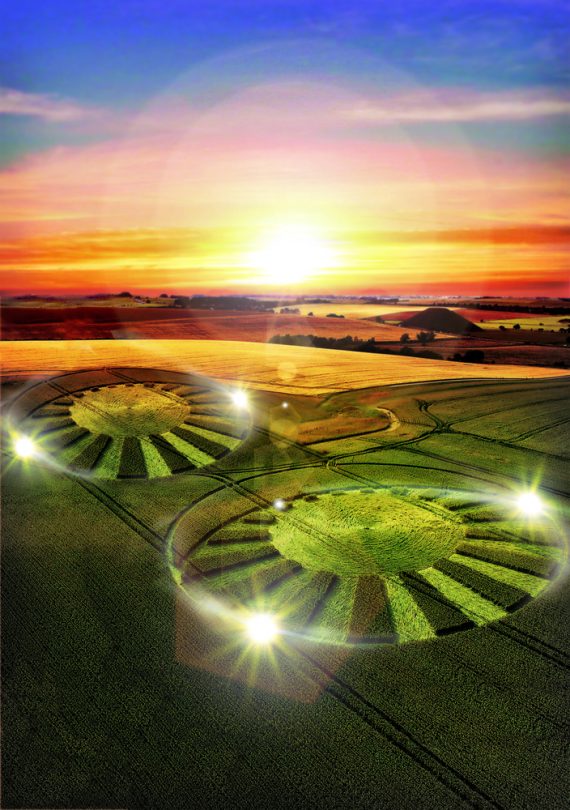 "I went to get the car and told Paul to wait in the bushes at the edge of the road, so he wouldn't be seen. The last thing I wanted was for him to get arrested if the police happened to drive past. But, by the time I had got the car and got back to Paul, he was walking up the middle of the road with all his Crop Circle equipment in full view. I pulled up, wound the window down and shouted at him: 'What the hell are you doing? If people see you carrying your [crop circle-making] equipment, we'll get arrested.'

"Paul looked scared stiff and said: 'If they had arrested me, I’d have gone with them, just to get me out of there.' I asked him what he meant, and Paul said that while I was getting the car he had heard these strange, animal-like screaming noises coming from inside the field and he had just charged out of there and onto the road. We never found out what it was though."

And Matthew is not alone in commenting on such matters. In the summer of 2007, I spoke with Marcus Matthews, a researcher of mysterious, large cats in Britain, who told me that he was then currently investigating a case involving a person who had seen a 'huge black cat' sitting inside the confines of a Wiltshire Crop Circle. Precisely how we explain these rogue cases that suggest a link between Crop Circles and exotic beasts and unknown animals, I have no firm idea. However, I am inclined to think we have not heard the last of such tales.

If the Mammoth Returns, It Will Have a Place to Live