Dreams vs. Near-Death-Experiences: What’s the Difference?

Where do the images in your dreams come from? Are they the product of pure imagination, or do they have a more down to earth origin?

This might seem to you, to be a fairly simple question, but rest assured, it’s anything but.

There are in excess of eleven scientific theories on dreams, from both a psychological and a neurobiological perspective.  There is the Freudian view of dreams and the Jungian view of dreams.  Dreams have a cultural meaning in terms of ancient history, philosophy, theology, literature and pop-culture.  Some believe they can be prophetic, others think they’re the manifestation of an alternate reality.  To some they are a nightly escape into a world of fantasy, for others they are frequently a horrific adventure into past hurts and fears.

Whatever they mean, which ultimately is a highly subjective and semantic idea, there are some facts about dreams of which you might not have been aware.

There is, without question, a defined physiology to dreams, a physical process undertaken by the brain, the mechanics of which are relatively well understood.  It is our subconscious mind playing movies for our benefit while we sleep, right? 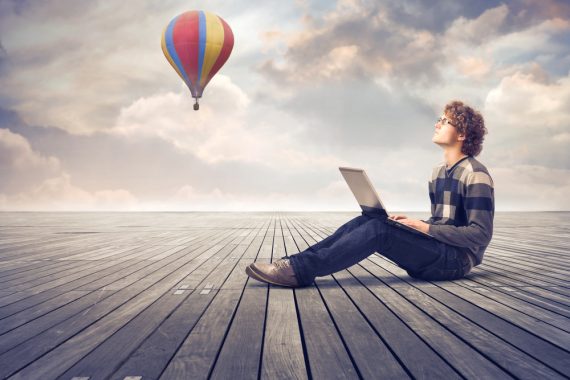 Well no, not actually. Dreams occur most often during REM sleep.  That is, the sleep cycle characterised by Rapid Eye Movement.  The average person spends, or will spend, approximately six years of their life dreaming, in nightly bouts lasting between five and twenty minutes.  There doesn’t appear to be a single area of the brain responsible for generating dreams, but little is known about their precise origin, despite continuous testing and research for centuries.

So, where do the landscapes and characters of our dreams come from?  Without delving into a discussion of the merits of Freudian or Jungian archetypes, which are more interesting in discussion than in practise, there are a few theories that shed some light on the subject.

Since 1976, when J. Allen Hobson and Robert McCarley turned Freud’s theory of unconscious wishes on its head, most researchers have yielded to the idea that dreams are, in some fashion, the result of our subconscious mind sorting out short- and long-term memories from our waking lives.

Along a progression in thinking, from the Activation Synthesis Theory, which speaks more to the neurobiological origin of dreams, to the less well defined theories of long-term memory excitation and the strengthening of semantic memories, it seems clear that memory plays a key role in the dreamscape.

Published in the journal Science (October 13, 2000 issue), are the results of the inspired research of the Associate Professor of Psychiatry at Harvard Medical School, Robert Stickgold PhD. Stickgold is, among other things, the Director of the Center for Sleep and Cognition.

His paper, titled Replaying the game: hypnagogic images in normals and amnesics tells the story of a group of people playing video games, of all things. 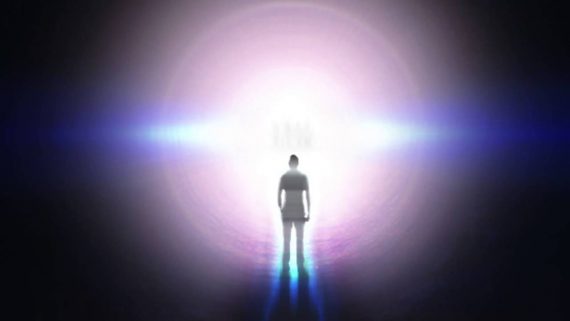 Stickgold and his colleagues used the video game Tetris to study the function of memory in dreams, and they found, as may not be surprising, that when people played the video game for a set period of time prior to sleeping, their dreams featured elements from the game.  From geometric shapes and landscapes, to activities such as sorting objects in the dream.  This may not seem particularly interesting, but consider that he tried the same experiment with amnesiacs, or people who suffer from amnesia, a neurological condition that prevents sufferers from converting short-term or semantic memory into long-term memory. There are different forms of amnesia, ranging from the Hollywood style wiping of a person’s long-term memory and identity to other types of memory related maladies as noted above.

When Stickgold conducted his experiment on the amnesiacs he found, quite remarkably, that they too dreamed of geometrically themed landscapes and activities following a set duration of game play.[1]

Interestingly, this seems to prove, with room for discussion, that dreams are in fact the process of the subconscious mind cementing learned information into either semantic memory or episodic memory – which is related to factual knowledge, i.e. 2+2=4, rather than subjective experiences.  Further research by Stickgold and others has further confirmed this idea in recent years.

This means that the imagery you see or experience while dreaming isn’t the product of pure imagination, it comes directly from memory.  The faces and buildings and other sensory aspects of your dreams are taken directly from, or are amalgamations from recent memories.  When you dream of people or places that you don’t readily recognise it may be because your mind has twisted the details ever so slightly in its attempt to make sense of the information, or that the memory involved was insignificant to your waking consciousness and therefore isn’t something you readily recall, or possibly a combination of both processes.

This is all very interesting, especially if you’re a student of psychology, or are particularly fond of Freud, but it has an impact on something you may not readily understand.

As reported here, Dr. Sam Parnia, Critical Care Physician and Director of Resuscitation Research at Stony Brook University School of Medicine in New York, has, through his research in conjunction with the AWARE Project (The Nour Foundation – Human Consciousness Project) likened the phenomenon of Near-Death Experience to that of a dream state.[2]

"We've certainly found in our studies ... that if we manage to get to patients immediately after waking up — which is not easy at times — and talk to them, they tend to remember more, and if you go back and reinterview them within a couple of days, they tend to have forgotten their experiences, possibly. So we think that probably many more people have these experiences — if perhaps not even everyone — but somehow their memories get wiped in the same way that most of us — if not all of us — dream every night, but somehow there's a disruption to the memory circuits that allow us to recall our dreams the following day."[3]

This seems a reasonable comparison, NDE’s, which often are reported to have Out-Of-Body Experiences associated with them, are described in much the same way as dreams.  Though one thing is quite different about NDE’s, in roughly 80% of reported NDE’s the imagery is universal or archetypal among those who experience it.  Meaning, in simple terms, that those who have Near-Death Experiences often report strikingly similar landscapes, events and characters in the dreamlike world of the experience. 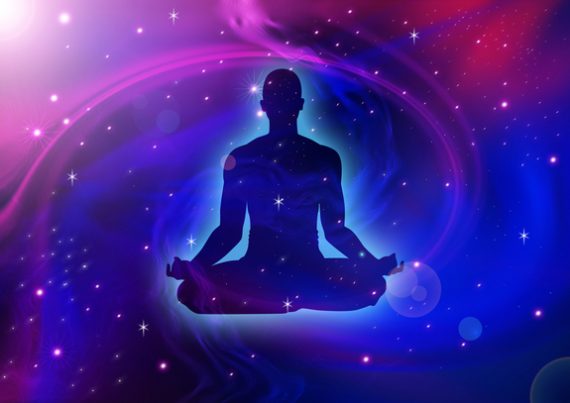 This has been held up as strong evidence that NDE’ers are in fact experiencing a real event.  That they are actually meeting with loved ones and with religious characters and are travelling in a real, albeit non corporeal place to whatever end, and are ultimately being pulled back from that place or journey upon resuscitation.

This has potentially far reaching implications, such as bringing us closer to answering the mind-body question.  That is, do we have a soul?  Or, is there an afterlife?

Those questions are without a doubt very much unanswered as it stands, and while Parnia’s research pushes forward, though admittedly not with the goal of answering those questions directly, it seems we may find ourselves closer to an answer in the near future.

The above though, might give you the wrong impression.  NDE’s are not like dreams, as convenient as Parnia’s analogy above may be.

Dr. Kenneth Ring, Emeritus Professor of Psychology at the University of Connecticut and one of the leading researchers in Near-Death studies, has outlined in his 1999 book Mindsight: Near-Death and Out-of-Body Experiences in the Blind that, even without the benefit of sight, blind people share in the common archetypal imagery known to sighted, Near-Death experiencers.[4]

This sort of flies in the face of the idea that NDE’s are in any way similar to dreams, other than superficially.  One of Ring’s research subjects, Vicki Umipeg, a forty-five year old blind woman, remarked about her experience:

"This was the only time I could ever relate to seeing and to what light was, because I experienced it."[5]

Vicki was blind from birth, and as researchers have known for decades, if not centuries, blind people do not dream in visual terms.  They experience dreams in terms of other sensory perceptions, such as touch, smell and sound etc.  If a person lost their sight at some point later in life, they can experience dreams that incorporate limited visual stimulus, relative to the length of time they’ve been blind.  In simpler terms, blind people don’t have visual dreams, because they have no visual memories.

This supports the notion that dreams are the product of memories, as demonstrated by Stickgold et al.  Though it quite thoroughly dismisses the idea that NDE’s are dreamlike.  If they are not similar to or related to dreams, and the imagery experienced during an NDE are not the product of memory as dreams are, what does that say about where the imagery of NDE’s comes from?

Many modern theories coming out of neurophysiology and psychology have suggested, with varying success, that the environment and characters reported with NDE’s are the result of some unknown neurological or neurodegenerative process associated with the early stages of death.  Whether the instant decay of neurons and synapses or de-oxygenation of blood in the brain, or even changes in the quantum state of the brain being perceived by failing synaptic functions, the problem is that the specific archetypes reported seem to be generated independently of the memories of the patient.

If the rich and often alien environments reported with NDE’s are the product of imagination, this is counterintuitive when considered alongside the above theories.  Can a brain with no electrical activity and quickly degenerating physiology be expected to generate a vivid and hyper-realistic dreamscape, the likes of which could scarcely be replicated in actual dreams?

This, of course, is entirely suppositional, and doesn’t speak to any of the other issues tangled in amongst the mind-body question, but it does seem to give much food for thought.  NDE’s and their associated OBE’s seem not to be associated with the memories of their experiencers, and as such, their imagery need to be accounted for in some other way.  Whether that’s through neurophysiology or quantum mechanics is yet to be discovered, but we do seem to be tantalisingly close to an answer nonetheless.

The Deadly Saga of the Thuggee