England’s “Mystery Man of the Moor” Died of Strychnine Poisoning

The mystery surrounding a elderly man whose body was discovered on a remote hilltop in Northern England has now deepened, with results from toxicology tests indicating the man's death had been a result of poisoning.

Several weeks ago, news of the discovery of the unidentified man's body made international headlines, as area officials hoped to determine the cause of his death. His remains were found on December 11 of last year on Saddleworth moor. At the time, it was believed his death may have been from either natural causes, or possibly as a result of exposure during the chilly winter night.

Now, the cause of death has been confirmed as a result of strychnine poisoning, more popularly recognized as variety of common rat poison.

What is known of the man at this time is that he traveled by train from London to Greater Manchester, arriving in the Oldham area at Dovestone Reservoir. Prior to making  what would be his final journey up the moor, the man stopped in the Clarence Pub, making casual talk with owner Mel Robinson and inquiring about how to get to the top of Indian's Head peak, the name given to the area at the summit of Saddleworth moor. Investigators have managed to document part of the man's journey with CCTV footage that captured his passing through west London as he entered a station at Ealing. 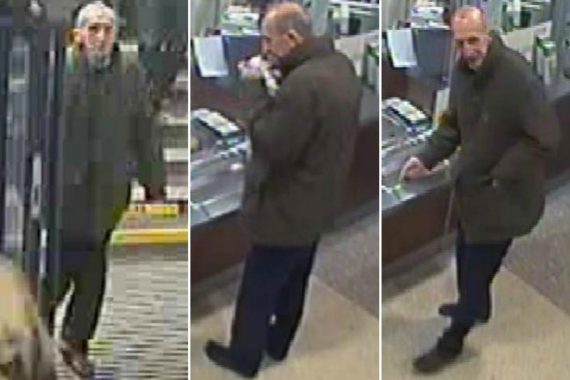 Weather on the night of the mystery man's ascent toward Indian's Head peak were described as dangerous, and Robinson had warned the well-dressed old gent about attempting such a hike. Nonetheless, he was reportedly observed making his way up the moor a few hours afterward.

The following morning, his body was discovered by a cyclist.

Among his identifying traits, the "mystery man" of the moor was described as well dressed, clean shaven, and having a prominent nose which might have been broken at some point. No leads have turned up as to who the man was, why he traveled to the moor, or whether it had been his intent to claim his own life while there.

The Guardian reports that he was carrying no documentation or identifying materials, and had been found wearing "a heavy brown jacket, blue jumper, white long-sleeve shirt, blue corduroy trousers and black slip-on shoes."

Despite the new revelations about strychnine poisoning, the man's coat pockets contained £130; hence, if foul play had been involved in any way, it doesn't appear to have been an attempted robbery. However, further complicating the situation had been a return train ticket to London also found in his pockets; had the man's intentions been to return to London, the case for suicide by purposefully ingesting strychnine might appear less convincing, though it can't be ruled out yet.

While questions remain about the man's intentions for climbing the moor in poor December weather, a number of theories have been offered about the significance of the location. The moor where his body was later discovered is the site of a plane crash that occurred in 1949, leading some to speculate that he may have been among the survivors, and had planned his trip as a "pilgrimage" to the location. Twenty-four people were killed in the crash, involving a DC-3 that was en route to nearby Manchester Airport.

Another prevailing theory had involved a missing man, Hugh Toner, who had not been seen since he vanished from a County Armagh hospital in February 1994. DNA tests later confirmed that the body found at Saddleworth moor was not a match for Toner's son. Toner's fait is apparently also a mystery.

As investigators continue to search for the identity of the Saddleworth hiker, the new revelations regarding death by poisoning add a new element of complexity to the already baffling case.