Just like snakes, there are no bears in Ireland outside of zoos or private collections. Unlike snakes, Ireland was once teeming with Eurasian brown bears (Ursus arctos arctos). New evidence in the form of bear fossils with man-made cuts on them suggests humans lived in Ireland 2,500 years earlier than previously thought and their stew probably contributed to the extinction of the last Irish brown bear before it had a chance to kiss or lick or claw the Blarney stone for luck.

The bone from the knee of an Irish brown bear was part of a large cache numbering in the thousands that was discovered in a cave in County Clare on the west coast of Ireland in 1903. They’ve been stored at the National Museum of Ireland since the 1920s. Recently, Marion Dowd, archaeologist at the Institute of Technology Sligo, and Ruth Carden, research associate with the National Museum of Ireland, decided to blow the dust off of the bones and give some another look, this time with radiocarbon dating.

The knee bone warranted special attention because it was covered with cuts indicative of being butchered by a human. The big surprise came when radiocarbon dating indicated it was in a bear stew around 10,500 BC – 2,500 years before the currently accepted date of 8,000 BC for the first humans to appear in Ireland.

A second test confirmed the age of the sliced bone and the team published their exciting discovery in the current edition of the journal Quaternary Science Reviews.

Archaeologists have been searching for the Irish Palaeolithic since the 19th century, and now, finally, the first piece of the jigsaw has been revealed.

Dowd writes that this bone proves there were humans in Ireland in the Stone Age or Palaeolithic period, predating the later Mesolithic period, but it's still unclear who they were. For wannabe archeologists looking to make more discoveries like this, the National Museum of Ireland has about two million more specimens in storage.

But what about the Irish brown bear? It was once believed that the bears did not survive the Last Glacial Maximum (between 15,000 and 24,000 years ago) but now it looks like they did. Since there’s no story of a religious icon leading them on a swim to the mainland, this evidence may show that humans either ate or encroached the Irish brown bear to extinction.

Maybe we can make it up to them with a float in next year’s parade. 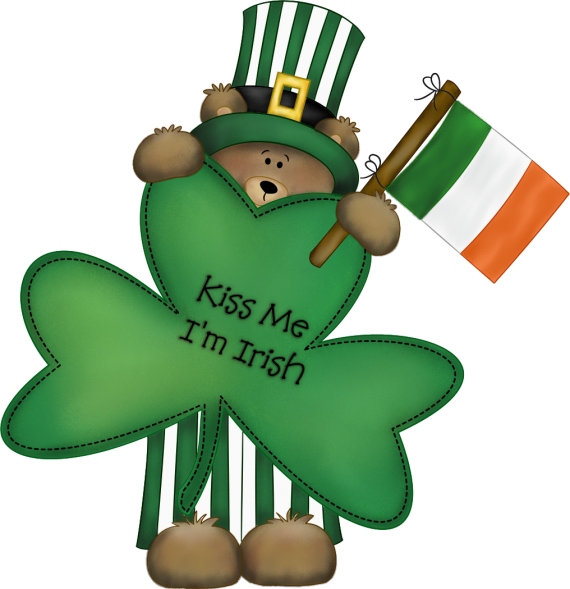