Under the terms of the Freedom of Information Act, a significant body of material on the famous/infamous George Adamski has surfaced - the bulk of it from the FBI. It has to be said that the Bureau's file on the controversial Contactee makes for highly entertaining reading. But, perhaps, for reasons you might not have considered. There's not a single scrap of paper in the "Adamski File" which suggests the FBI was concerned in the slightest about the man's alleged alien encounters. Rather, it was his public and vocal stance on communism that had J. Edgar Hoover's finest hot under the collar.

Adamski was heard to state that communism was the way of the future, and that the Soviet Union would ultimately dominate the planet. That Adamski had thousands of fans, devotees and impressionable people hanging on his every pro-Russia word bothered the FBI to a significant degree. And so, and almost inevitably, a file was opened on George. But, there's far more to the file than Cold War era commies. There's the matter of a certain document outrageously doctored by Adamski; yet another affair that got the FBI in a collective state of frustration and anger.

From March 23, 1953 onward, much of the FBI's dealings with Adamski revolved around what was said by Adamski during a lecture he gave for the Californian Lions Club, on March 12. According to the FBI's San Diego office, Adamski had prefaced his talk with a statement to the effect that (and I quote the FBI here) "...his material had all been cleared with the Federal Bureau of Investigation and Air Force Intelligence." Absolutely certain that no such clearance had been afforded Adamski, representatives of both the Bureau and the Air Force visited him at his Palomar Gardens Cafe, and "severely admonished him for making any statement alluding to his material having FBI and Air Force blessing." For the record, however, Adamski denied making any such claims - which is hardly surprising!

Despite his denial (which did not impress the visiting G-Men at all) Adamski was ordered to sign an official document - intended for both the FBI and the Air Force - confirming that his statements and material definitely did not have official clearance of any kind whatsoever. With one copy of the statement retained by Adamski, additional copies were circulated to HQ and to the FBI offices at Dallas, Los Angeles, and Cleveland, since "...these offices have received previous communications concerning [Adamski]."

On December 10, 1953, matters took a decidedly downward turn for Adamski, when a representative of the Los Angeles-based office of the Better Business Bureau (BBB) turned up at the offices of the Los Angeles FBI. The man advised the FBI that its staff were investigating Adamski's 1953 book, Flying Saucers Have Landed, specifically to determine if it was nothing more than an outrageous hoax. The BBB informed the FBI that to ascertain the facts surrounding Adamski, the man himself had been interviewed by one of its staff. During the course of the interview, Adamski apparently produced for the BBB a document "having a blue seal in the lower left corner, at the top of which appeared the names of three government agents" - one from the FBI and two from the Air Force. Once again, the implication was that Adamski's material had the official backing of both the military and the Bureau. The FBI was told: "[The Better Business Bureau] is interested in whether or not this document is authentic and whether your organization is making an endorsement of [Adamski's] book." 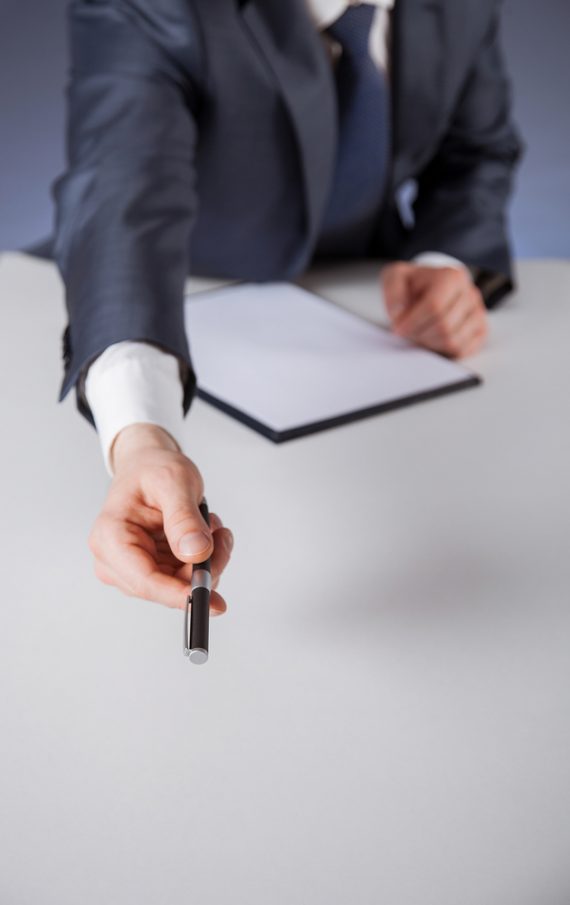 You will probably not be surprised to learn that the document was not authentic. An investigation undertaken by Special Agent Willis, of the FBI office in San Diego, revealed that the document displayed by Adamski to the Better Business Bureau was, in reality, nothing less than a carefully doctored copy of the statement Adamski had been ordered to sign for both the Air Force and the FBI months earlier! Adamski was about to find himself in deep, scalding-hot water.

On December 16, 1953, the following document was prepared by Louis B. Nichols, the head of the FBI's public relations department: "[Deleted] instructed Willis to call on Adamski at the Palomar Gardens Cafe, Valley Center, California. This is located five miles east of Rincon, California, near the Mount Palomar Observatory. Willis was told to have the San Diego Agents, accompanied by representatives of OSI if they care to go along, call on Adamski and read the riot act in no uncertain terms pointing out he has used this document in a fraudulent, improper manner, that this Bureau has not endorsed, approved, or cleared his speeches or book, that he knows it, and the Bureau will simply not tolerate any further foolishness, misinterpretation and falsity on his part. Willis was told to instruct the Agents to diplomatically retrieve, if possible, the document in issue from Adamski. Willis said he would do this and send in a report at once."

Despite threats of prosecution, the FBI ultimately chose not to take legal action against Adamski. As for Adamski, he very wisely chose never again to discuss the matter of that doctored document in a public forum. And, of course, this particular portion of the file simply must have a bearing on Adamski's credibility (or lack of it) when it comes to (a) his claims of alien encounters and (b) the matter of his controversial photos of alleged alien spacecraft.

And, finally, if anyone is thinking about hitting back with a claim that this was all an attempt to prevent Adamski from revealing "the truth," don't bother. The man was caught red-handed, engaging in forgery, and doing so by deliberately altering an official U.S. Government document. Bad George!

Storks Give Up Migrating to Eat Junk Food