Jupiter Gets Walloped by a Wayward Comet

It’s Hard Out Here For A Planet!

If Jupiter and its moons were a hip hop group (Planet Enemy, Wu-Tang Planet, Bone Thugs-n-Europa?), that would be their first big hit. And speaking of big hits, Jupiter just took one right in the face from an unexpected comet. The eyewitness was unexpected too – an amateur astronomer in Austria.

On March 17, amateur astronomer Gerrit Kernbauer of Mödling, Austria, was recording images of Jupiter with his 7.8-inch (200mm) telescope. When he processed the videos ten days later, he saw something that caught his eye and Jupiter’s chin.

I found this strange light spot that appeared for less than one second on the edge of the planetary disc. Thinking back to Shoemaker-Levy 9, my only explanation for this is an asteroid or comet that enters Jupiter’s high atmosphere and burned up/explode very fast.

Shoemaker-Levy 9 was the comet that broke apart in 1992 and its pieces smashed into Jupiter in 1994 under the watchful eyes of, among others, the Hubble Space Telescope and the Galileo spacecraft. Kernbauer saw his from Earth with a 200mm amateur telescope - whoa!

Kernbauer wanted to make sure it was indeed a comet or asteroid impact – in case his name is forever linked with it. Fortunately, it was also recorded by John McKeon, another amateur astronomer in Ireland. Planetary imaging specialist Marc Delcroix matched up the videos and confirmed they are of the same event. (Kernbauer-McKeon has a nice ring to it).

Kernbauer-McKeon or whatever it will be called was either a small (relative to Jupiter) asteroid or comet measuring in metric double-digits. However, to show up on an Earth telescope means the impact and explosion were pretty big. Jupiter gets pelted by scores of small asteroids and has been whacked by five big ones that we know of in the past decade.

Even reasonably-priced telescopes can help amateur astronomers keep a close eye on Jupiter. Get yourself one and you too could have your name on one of its visible asteroid impacts. It gets hit plenty of times but it can take it. If Jupiter was a movie character, it would be Kevin Bacon’s Chip Diller in Animal House: 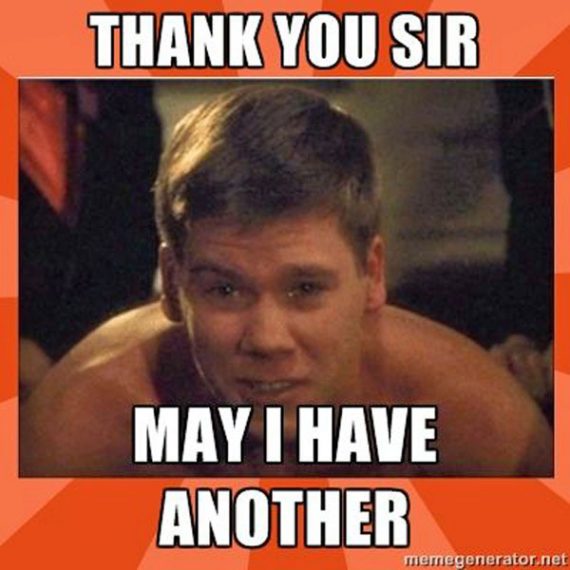 Making Maggots and Hookworms Work For You