Looking Back at ‘Taken’

Hollywood has long been looking to UFO lore for creative inspiration. Tinseltown’s parasitic attraction to UFOlogy dates back to the earliest UFO movies of the 1950s, but it wasn’t until Steven Spielberg’s Close Encounters of the Third Kind in 1977 that an entertainment product sought to engage directly with the full complexities of the UFO enigma as reported by real-life witnesses.

Spielberg delved even deeper into UFOlogical waters in 2002 with his epic ten-part mini-series for the Sci-Fi Channel, Taken. Set between 1944 and 2002, the series spans five decades and four generations and centers on the lives of three families: the Crawfords, who are intimately involved in the Roswell cover-up and who serve as architects of UFO secrecy throughout; the Keys, who suffer cross-generational abduction by the Grays; and the Clarkes, whose alien-human DNA represents the emotional bridge between the aliens and humanity.

The series is heavily UFOlogical, exploring almost every facet of the phenomenon, from Foo Fighters and UFO crash-retrievals, to cattle mutilations, crop circles, and, naturally, alien abduction, which here is given unusually thoughtful treatment thanks to the series’ largely faithful interpretation of many real-life testimonies. The third episode, “High Hopes,” which is set in the early 1960s, features a clear reference to the famous Hill abduction case when a government UFO investigator examines a photo of an interracial married couple who claim to have been abducted by aliens. 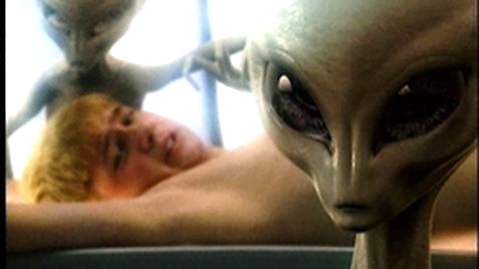 As in real-life reports, the Grays in the series are physically frail but highly psychic, and their technology is an extension of their own minds, appearing to us as nothing short of magic. They are capable of inducing utterly realistic hallucinations in abductees, manipulating their perceptions of what is happening to them. Screen memories are implanted in those taken, as is described in the literature.

Hybridization is at the core of the series’ overarching narrative. The aliens’ goal is to hybridize themselves with humans in an attempt to recover their own long-lost emotions and moral compass. Many real-life experiencers have come to believe that, while their abductions can be traumatic, their abductors do not act with malice. This is reflected in Taken as the aliens here have no concept of good or evil, and are oblivious to the emotional trauma they inflict in their ongoing efforts to bring themselves closer to humanity.

As in real life, the believers and experiencers in Taken are constantly looking to officialdom for answers regarding the UFO mystery – for an ultimate Truth. Refreshingly – and probably quite accurately – the secret-keepers in Taken are almost as clueless as the general public, scrambling desperately for answers, forever one step behind the UFO manifestations. Ultimately, the aliens show no interest in direct contact with official power structures, preferring instead to keep their contact at a grassroots level and showing little interest in explaining themselves. It is only when the individual abductees begin to communicate with others like themselves that they begin to find meaning in their experiences.

Peter Faust was an early patient of Dr. John Mack, the Harvard psychiatrist and pioneering abduction researcher. Faust explained to me the appeal of Taken from his own perspective as an experiencer:

Taken was able to achieve this dynamic by virtue of its episodic format. It had ten full hours to play with, and plenty of characters. Movies are arguably more restrictive in their narrative range. Still, for film and TV producers with guts and imagination, there’s surely plenty of scope for more ambitious and challenging explorations of UFO abduction lore than we’ve been subjected to since Taken. Today, Hollywood’s engagement with abductions is largely confined to the horror genre. Nuance is a distant memory. 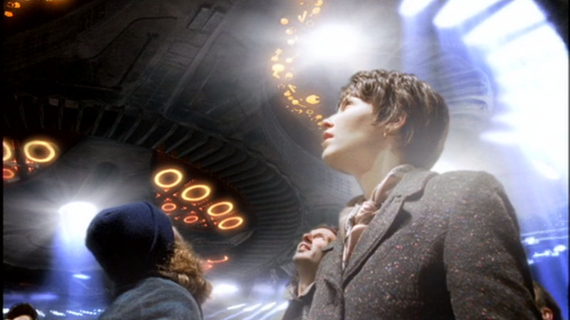 Today, Taken’s special effects appear dated, but the show was never about spectacle so much as intimate human drama. It works best as a collection of character studies set against the backdrop of an emerging UFO subculture. It features strong performances from its cast, particularly Joel Gretsch, whose Air Force officer, Owen Crawford, tenderly and memorably declares to women before murdering them, “You’re the sun and the moon to me.” Taken also made a star of a young Dakota Fanning, who would go on to have some close encounters of the terrifying kind in Spielberg’s War of the Worlds in 2005.

Taken is a fascinating cultural artifact. Not only does it show where UFOlogy has been – from the contactees of the 1950s, to modern conspiracy culture – it also shows where we are today in this strange field, which, depressingly, is exactly where we were when Spielberg’s show first landed on our screens in 2002. Today, we are arguably no closer to understanding the UFO phenomenon. The phenomena depicted in Taken continue to be reported and debated in the global UFO subculture, and, occasionally, they threaten to intrude upon and challenge the mainstream. But, overwhelmingly, to most observers, UFOlogy remains a fringe belief system for the tinfoil-hat brigade. 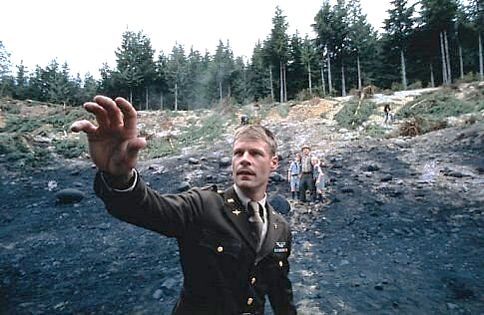 However ones views it, now or in the future, it’s fair to say that Taken was a significant televisual event. It pushed fact-based UFOlogical discourse further into the mainstream and fictionalized it further in the process by filtering it through the sci-fi genre. Such is the nature of the interplay between UFOs and Hollywood.

With a budget of $40 million, Taken was, at the time of its production, one of the most expensive TV shows ever made. The gamble paid off as it was hugely popular with audiences and well received by critics, winning the 2002 Emmy Award for Outstanding Mini-series. Most of Hollywood’s abduction-themed products to follow have failed to reach Taken’s high bar in terms either of UFOlogical authenticity or human drama.