OK, if it can’t fly, how did a goat end up tangled in a telephone line two stories above the ground? That’s what rescue workers in Greece were thinking to themselves while attempting and ultimately completing the strange task of freeing a large goat whose horns were tangled in telephone lines 20 feet high. Is this a skydiving Goat-Man, a near-sighted lost Moroccan tree-climbing goat or a publicity stunt for an upcoming “Supergoat” movie?

The strange incident occurred this week in the small Greek town of Sykourio. Rescue workers were called to a remote area where they found a large goat hanging from a telephone wire 20 feet above the ground. Their first attempt to rescue it with an extension ladder failed since the goat was obviously not familiar with the concept of rungs. A human who was then climbed the ladder and roped the goat’s feet, allowing the rescuers to pull it to the ground where it ran off.

Ran off? Didn’t you say it was a flying goat? Actually, local goat-only veterinarian (lots of goats in Sykourio) Dr. Sandra Baxendell speculates that it was a Damascus goat, a breed known for its milk, not flying. Found most often in Cyprus, Lebanon and Syria, they can jump five feet. However, this one may have been part Moroccan because Dr. Baxendell says it looks like the goat climbed or jumped onto low tree branches for leaves, before climbing higher for the fresher produce and got tangled in the line. 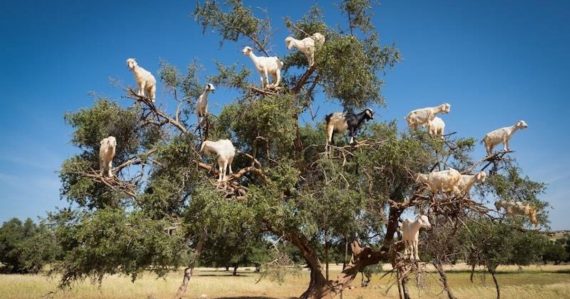 Yes, there really are tree-climbing goats in Morocco who climb the Argania tree to eat its fruits and fertilize its roots (you can figure out how). There are also other large ruminants that get mysteriously tangled in overhead lines. In 2004, a bull moose was found dangling from a power line in Anchorage, Alaska. In that case, the moose most likely attacked the cable while it was sagging close to the ground and was hoisted when workers tightened a winch to raise it back up, not knowing it was tangled up. Unfortunately, that flying moose did not live to soar another day. 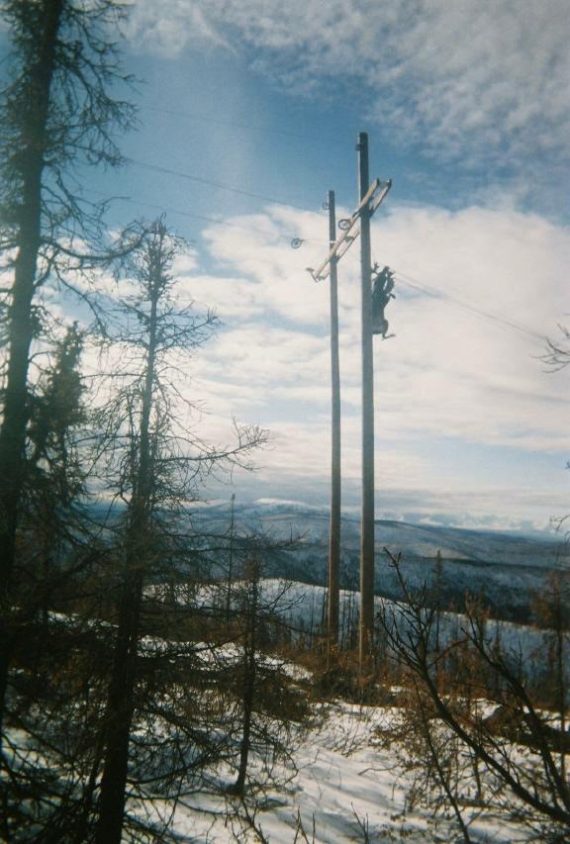 So it wasn’t really a flying goat, skydiving Goat-Man or Supergoat – more of a mixed-up hungry critter who put his horns where they don’t belong. While “The Hungry Goat” is probably already the name of dozens of pubs, Supergoat and the Skydiving Goat-Men would be a great name for a band.

Not Exactly The Biggest Bigfoot