Scientists Warn That Past Yellowstone Eruptions Were Huge

To borrow a term used much too often by a certain presidential candidate and apply it in a context where it truly belongs, scientists studying the current super-volcanic activities under Yellowstone Park and the Snake River Canyon areas now say the previous super-volcanoes that erupted there were less frequent than first thought but made up for it with explosive powers that were hu-uu-uge. 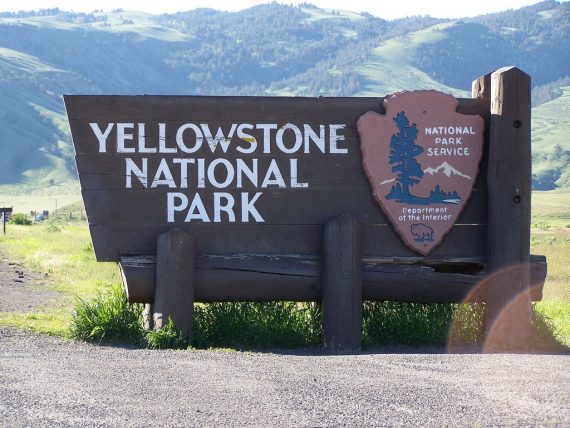 According to a recent report published in the Geological Society of America Bulletin, researchers have been studying paleomagnetic data, radioisotope dating, and rock and mineral chemistries along the Snake River Plain between Oregon and Yellowstone, which is believed to be the corridor of massive volcanic activity 8 to 12 million years ago. While it was once thought that there were large numbers of eruptions during that time, the new data and analysis points instead to twelve massive super-eruptions in a relatively short 3 million year span.

How big were they? Lead author Dr. Thomas Knott says the one now called the Castleford Crossing eruption, which occurred about 8.1 million years ago, spewed a single volcanic sheet covering over 14,000 square km (5,400 square miles) in southern Idaho that was 1.3 km (.8 miles) thick in its caldera. For comparison, that’s about the area of Connecticut.

If that doesn’t give you the seismic shakes, perhaps their estimates that the other 11 newly-discovered super-eruptions caused intense magmatic activities that were equal to or greater in size and intensity, creating the major crustal subsidence that formed the 100 km (62 mile)-wide Snake River Basin.

OK. But that was 8 million years ago. Why should we be worried now? Well, three better-known super-eruptions occurred at Yellowstone starting 2.1 million years ago in a 600,000-700,000 year cycle with the last erupting 640,000 years ago. The 12 newly-discovered super-volcanoes occurred on a 250,000-year cycle. Either way you do the math, Yellowstone is long overdue for … what? The researchers are asking the same question.

Is Yellowstone the dwindling member of a volcanic system that was much larger and much more violent during its adolescence in the Mid-Miocene (12-8 million years ago)?

Will we be reading the report of their next study by the light of a Yellowstone eruption?