“Something In The Woods” – Reviewing A Bigfoot Movie

This past weekend I lectured at the annual Texas Paranormal Unity Fest in the town of Glen Rose, Texas. The speakers included Jim Marrs (on the very controversial saga of the alleged UFO crash at Aurora, Texas in 1897), Jeff Stewart (on the weirder side of Bigfoot), and Dennis Waller (who spoke about the also controversial area of "Are UFOs demonic?"). As for my lecture, the subject was the Chupacabra - both the Puerto Rican original and the Texas version (the latter not actually being a Chupacabra, at all). Also in attendance was Michael Hall, who was there promoting a 2015 movie of the Bigfoot kind; a movie which Hall both appears in and produced. Its title Something in the Woods.

When I hear that a new movie on Bigfoot is coming out, more often than not I either wince or offer a "whatever" or several as a reply. The reason why is simple: I'm beyond tired of watching cheaply made pieces of crap that regularly turn up on a couple of certain channels and which are an effort to watch. There's just no point in even trying, which is why I don't anymore. You know the scenario: a group of teens or twenty-somethings are, one by one, wiped out by a violent and marauding Bigfoot. In the woods, of course. Where else? And, it's a joy to see these "actors" ripped to shreds (a dead and decaying rat could put on a better performance - even I could, and that's saying something, given that my acting "skills" are zero). 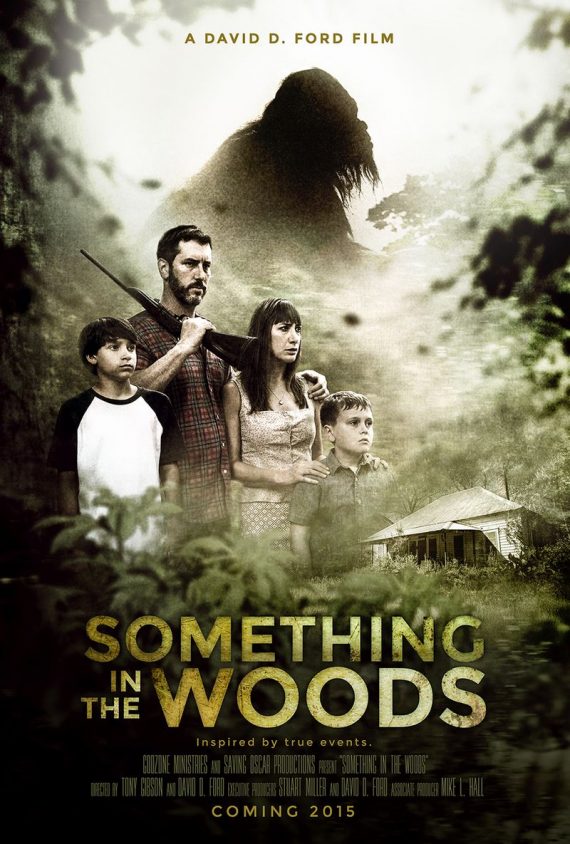 I had, however, heard good things about Something in the Woods. And those good things came from friends and colleagues within the field of Cryptozoology. So, when a couple of mates said I really should watch the movie, that's exactly what I did. Michael Hall provided me with a review copy of the DVD at the Glen Rose gig, which I sat down to watch around the witching-hour last night. Thankfully, it turned out not to resemble one of those movies that gets broadcast on the you-know-which channels. In fact, quite the opposite.

No buxom babes were torn apart by a savage Sasquatch. The almost-always-present token jocks and geeks were nowhere in sight. And not a single over-the-hill actor from the 1970s was in evidence. Instead, what we have with Something in the Woods is an intelligent, thought-provoking, and absorbing movie. Essentially, it makes us think how we, the viewers, might react if faced with the realization that we have a Bigfoot (or more than one) in our midst. And that's what I liked about Something in the Woods: it skilfully allows us to consider how we might react when faced with something monstrous and unknown. In that sense, the movie is far more about the psychological impact on a husband and wife (actors David Ford - who is also the writer, director, and executive producer - and Angela Harger) and their two kids. They live deep in the heart of the woods and find their lives turned radically around - and not in a good way. 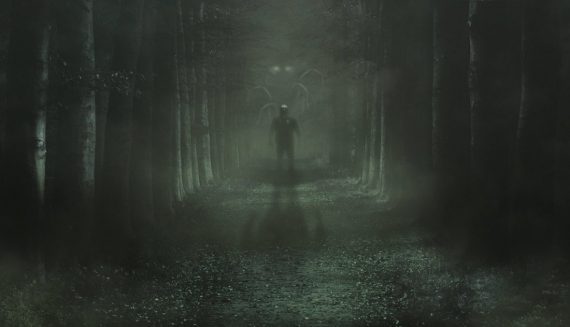 In a few respects, Something in the Woods reminded me of some of the Bigfoot-themed movies I remember from my childhood, such as The Legend of Boggy Creek and Creature from Black Lake. Not to say it wallows in nostalgia. It doesn't. But, it does have that same kind of vibe to it, which is not a bad thing. Plus, while the movie is not without its creepy moments, it's pretty much a production that anyone - and of any age - can watch. Certainly, those old Hammer Film Productions that I watched as a little kid did me no harm. And Something in the Woods is the kind of production that the whole family could watch on Halloween.

Most of all, I'm pleased that someone made a good, solid movie on how and why having a Bigfoot in your life, in the real world, would be a far cry from Harry and the Hendersons. And a far cry from what we get swamped with on the cheesy channels. In many respects, Something in the Woods is not about Bigfoot. It's about people. And that's why it works.