The Deadly Saga of the Thuggee

A secret group of ruthless assassins stealthily roaming around India, slaughtering anyone and everyone that got in their way, stealing priceless artifacts, treasures and money, and creating a reign of terror and murder that lasted for centuries? It sounds like the perfect plot for a historical murder-mystery novel of best-selling proportions. It is, however, nothing less than fact. Welcome to the world of the Thuggee; a band of elite, silent killers who pledged allegiance to no-one but their fellow members - after whom the word "thug" is derived – and the Hindu goddess, Kali.

The origins of the Thuggee are, very appropriately, steeped in fog-shrouded mystery and intrigue. Earliest references to what ultimately became this secret Indian order date back to the mid-14th century. In 1356, one Ziau-d din Barni penned The History of Firoz Shah, which included the following words: "In the reign of that sultan, some Thugs were taken in Delhi, and a man belonging to that fraternity was the means of about a thousand being captured. But not one of these did the sultan have killed. He gave orders for them to be put into boats and to be conveyed into the lower country, to the neighborhood of Lakhnauti, where they were to be set free. The Thugs would thus have to dwell about Lakhnauti and would not trouble the neighborhood of Delhi anymore." 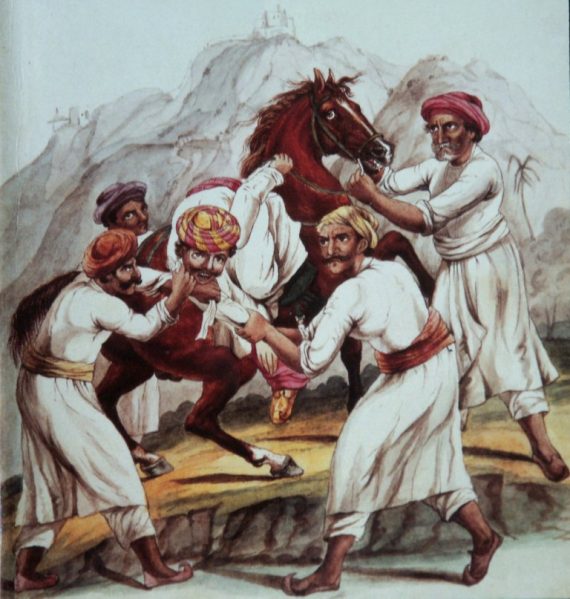 The Thuggee network actually went on to cause a great deal of trouble and death on a massive scale. Determined to ensure that their "fraternity" (as din Barni worded it) remained intact, they carefully and quietly increased their numbers, and sought out appropriately secret locales – all across the cities and towns of ancient India - in which their plans for power and influence could grow. No-one, ever again, they vowed, would take on the Thuggee and live to tell the tale.

Entry to the world of the Thuggee was usually dictated by two things: (a) a keen ability to kill swiftly, quietly, and without emotion; and (b) a family connection to an already-existing member of the group. Indoctrination sometimes began at a very early age, something which saw young children taught to use a tool of strangulation called the Rumal. Little more than a tough length of cloth, it was most effective when the victim was sleeping. A Thuggee would creep up, under cover of darkness, and quickly tie the Rumal around the neck of the person, pulling it tight, and ensuring that death from strangulation came rapidly and quietly. Invariably, the victim would be relieved of their possessions. 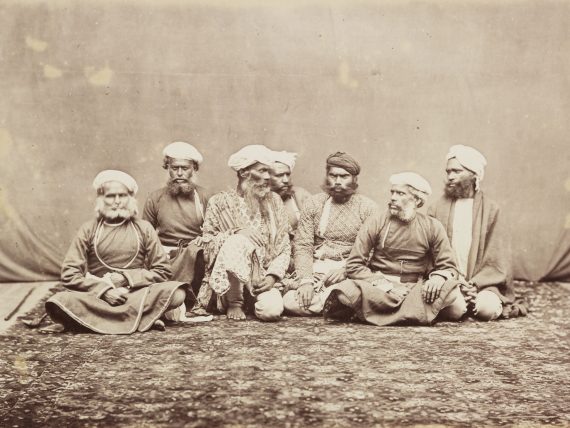 Skilled in the field of not just assassination, but also deception and camouflage, the Thuggee often disguised themselves as members of the Indian Army and as priests. They soon found themselves in high demand – even by people in India’s government, who wanted troublesome rivals dead, but with no way to link them to the murders. By the fifteenth century, the Thuggee were a full-blown society of secret assassins for hire – and for hire to just about anyone and everyone that could offer significant amounts of money in return for the deadly deed. Over the course of the next three hundred years, bands of Thuggee killed not just thousands of people across India, but hundreds of thousands. All of that came to a shuddering halt, however, in the early 19th century.

The 1800s had barely begun when the British Government and military discovered the shocking scale and scope of the deadly, centuries-long activities of the Thuggee. Thus was begun an extensive operation to permanently wipe the Thuggee off the face of India. It was an ambitious program headed by Major General Sir William Sleeman, of the British Army. Not only was the program ambitious, it was also highly successful. By the 1830s, the end of the reign of terror was in sight. Sleeman’s men followed up on every lead, whisper, and piece of data available and, as a result, tracked down thousands of Thuggee, hanging one and all by the neck as a warning to others.

By the early 1840s, thanks largely to gangs of informers, the Thuggee were no more and the work of the British Army was finally over.