The Shape Shifters: UFOs, Their Many Shapes, and Misleading Names

Over the last several decades, a great number of reports have been collected pertaining to odd things seen in the sky. These reports, ranging from apparent aircraft of unknown origin, to less structured or mechanical-looking phenomena that may have a natural cause, have collectively come to be known as “UFOs”. However, descriptions vary greatly enough that no single explanation can be offered that accounts for all of the observed phenomena that appears in available literature on the subject.

So what, then, does a “UFO” look like? It seems like a fair question, especially given that the debate over the UFO subject has caused it to become so nebulous, at times, that it defies description altogether, let alone any reliable way to recognize what we’re aiming to describe.

Throughout the 1950s and 60s, a great number of purported UFO observations resulted in descriptions of objects that were shaped like ovals, eggs, spheres or, perhaps most popular of all, discs or domes. Thus, the term “flying saucer” came into general use for such objects in 1947, following pilot Kenneth Arnold’s description of objects he observed over Mount Rainer that summer. However, rather than indicating the shape of the objects, eager members of the press had coined the term in reference to the description Arnold had given of their locomotion, which he likened to saucers skipping across the water.

It remains unclear how much this arbitrary name assigned to the objects may have affected people’s perception of them over time. In the 1970s, Alan Hendry of the Center for UFO Studies (CUFOS) in Illinois noted that many alleged nighttime sightings “flying saucers” could be explained with the help of knowledge about when and where various commercial aircraft were operating at a given time. In particular, the illuminated signs trailing behind advertising planes, when viewed from a moderate distance away, were repeatedly mistaken for UFOs.

However, the most revealing component to Hendry’s analysis involved the way that so many of the descriptions indicated a ring of lights situated around what the witness perceived as the base of a disc or dome, with a (sometimes blinking) light on top. In other words, the unusual appearance of the glowing letters and the lights on the planes themselves consistently managed to fool observers into thinking they were looking at disc or dome-shaped “saucers”. In the absence of clear details against a darkened sky, the minds of the observers filled in the rest, as Hendry describes:

“If the people who reported ad planes as “UFOs” had described only the perceptually available details, there would be no problem in correctly identifying the source. A description like this would be fine: ‘a sequence of white lights flashing like a theatre marquee with possibly a flashing or steady red taillight and no discernible body shape in the dark.’ Instead, virtually all of the witnesses assumed that the lights ‘swung around the back’ and started over again in a loop. This led to the conclusion that the body containing these lights was a rotating disc. Shapes were described in terms like ‘disc,’ ‘saucer,’ ‘round,’ ‘oval,’ ‘circular,’ or ‘Frisbee with a raised middle.’ Disturbingly, many witnesses professed confidence that they could see the outline of the saucer shape distinctly… The three dimensional appearance of the ‘saucers’ is frequently aided when the wire-mesh sign suspended under the wings sags in the middle under its own weight. When seen edge on, the resulting effect makes the middle seem projected closer toward the witness while the opposite sides seem recessed.”

To assert that such simple explanations might account for a broad range of UFO reports is, in itself, somewhat controversial. Many die-hard UFO enthusiasts would balk at the notion that anything resembling a commercial plane could be so grossly distorted or exaggerated in the eye of an observer, despite any amount of evidence that suggests that this is precisely what what has happened in a number of seemingly exotic UFO reports. However, this is not to say that all reports of UFOs can be easily explained in this way, or that even the best UFO reports all have simple explanations (the latter of these scenarios representing a curious assertion maintained by many UFO debunkers over the years, whose simplistic offerings as “solutions” to UFO reports sometimes rival the absurdity of hardcore ET advocates on the opposite ideological extreme).

Yes, even Allan Hendry acknowledged that there were some reliable observations of disc or saucer-shaped objects collected by CUFOS during his time with the organization, though cases like these were certainly in the minority. However, the most significant takeaway from all this appears to be one which goes all the way back to the seemingly inconsequential “birth” of the flying saucer: a name which, again, was derived from a description of the motion of a group of objects, rather than their actual appearance.

One should note that, rather revealingly, Kenneth Arnold’s own recollection about the objects he saw would seem to change somewhat with time. At the outset, he described them quite differently from the “saucers” they would become in later retellings, and within a few months, their initial fixed-wing, crescent-shape would seem to have been all but forgotten (Arnold would later state that at least one of the objects he observed seemed to have had a crescent shape, while the others did resemble saucers). 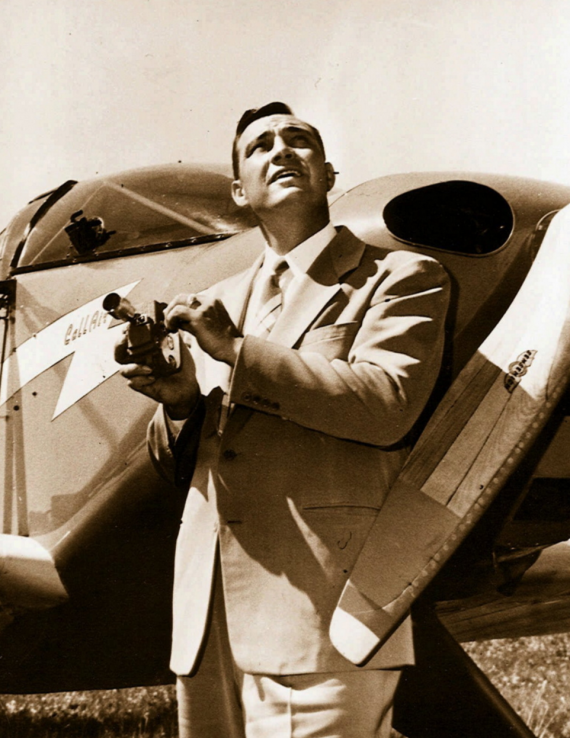 As I noted in a 2013 article on Arnold’s sighting, “To his credit, and despite the labeling of a phenomenon he unwittingly may have helped create, Arnold would not be the only one to seem to begin endorsing ‘flying saucers’ after his inaugural encounter took place. Well into the 1950s, a number of sightings of high-altitude aircraft seen over the Southwestern US, often leaving jet or vapor trails behind them, were referred to as ‘flying saucers,’ despite more obviously being identifiable as what appeared to be early jet aircraft, rockets, or missiles. In other words, within just a few years of Arnold’s famous sighting, almost any unexplainable object seen in the skies would seem to qualify for being a ‘flying saucer,’ whether or not the actual craft being observed were disc-shaped at all.”

In retrospect, is it possible that much of the literature supporting various UFO shapes and varieties, and thus also interpretations of the UFO phenomenon itself, have actually been built around presumptions and misrepresentations? If this were the case, it would seem it was an honest mistake, albeit an ongoing one… and one which may have effectively constructed many of our notions about what a UFO “is” or “isn’t”.

“Something In The Woods” – Reviewing A Bigfoot Movie