Sometimes, when I'm digging my way through old and faded official documents on UFOs, I'll stumble on a really intriguing report. On other occasions, I'll maybe find nothing but tedious, bureaucratic paperwork that doesn't advance the UFO issue one iota. Most of the time, though, I'd say that things tend to languish between "interesting" and "whatever." There is, however, another category: it's the document which is so infinitely weird it's hard to make any sense of the story it tells. A perfect example is a one-page FBI document, copies of which can also be found in the archives of the U.S. Air Force and the U.S. Army. To say the story the document tells is odd would be an understatement of epic proportions. So, with that all said, here it is.

Captioned "Flying Saucers," the document is dated September 20, 1950. It was circulated by the office of Alan Belmont (the head of the FBI's Domestic Intelligence Division) and begins as follows: "SAC [Special Agent in Charge] Cornelius of Philadelphia called at 10:45 A.M. today and stated that yesterday evening while two officers of the Philadelphia Police Department were cruising in their scout car they saw through the windshield an object descending slowly to the earth which appeared at first glance to be a parachute." 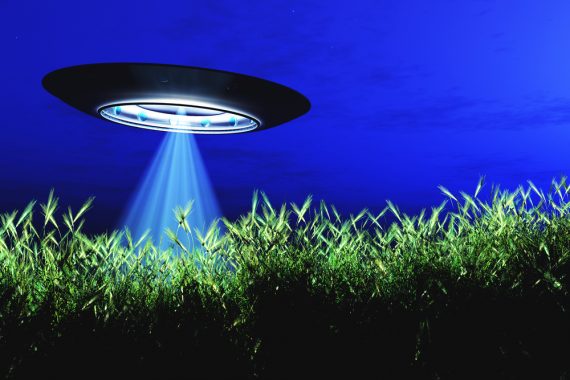 Belmont's office continued: "When the officers first noticed the object, it was at tree-top level and was described as being six feet in diameter. It landed in a field nearby and the officers, upon examining it, noted that it gave out a purplish glow which was almost a mist. The officers summoned two other police officers. After looking at the object for some time they attempted to pick it up. The object broke, leaving a slightly odorless residue."

We're then told: "Over a period of about 25 minutes which the officers spent watching the object it completely disintegrated [emphasis mine]. The officers further commented that the object was so light that when it hit the field, it did not even bend the weeds or the grass it fell on. Mr. Cornelius said that he called the local office of the Air Force but the individual with whom he spoke there said he knew nothing about them and was not aware that his office was looking into reports of this type. Mr. Cornelius desired to know what further action should be taken by this."

Belmont himself wrote: "I told Mr. Cornelius that he was correct in referring this matter to the local office of OSI [Office of Special Investigations] and that he should direct a letter to the Bureau incorporating all available information concerning the matter and that we, here, upon its receipt, in turn would bring it to the attention of OSI headquarters." 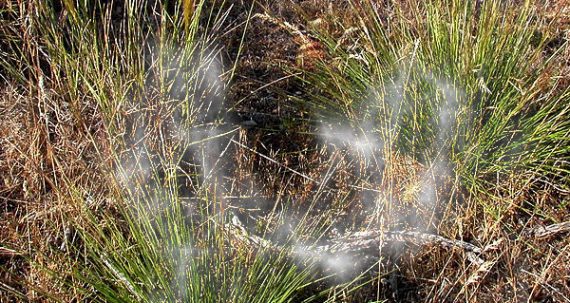 And that, in essence, is the story. Of course, more than a few questions remain: (A) what, exactly, was that six-foot-diameter object? (B) How could it give off that strange, mist-like, "purplish glow?" and (C) What kind of object has the ability to completely disintegrate? The only thing I can think of is that this is a rare, official report on so-called "Angel Hair." In an article titled "UFO 'Angel's Hair' - Have We Forgotten Important Evidence?" Diane Tessman says: "Gossamer-like 'angel’s hair,' emanating from UFOs, has fallen to Earth in a number of cases; sometimes it drapes fences, utility lines, trees, and in a few cases, entire towns. Strands of the bizarre substance range from a few inches to more than one hundred feet long. It is white, sometimes sticky, and usually evaporates entirely."

Angel hair encountered by Philly-based police officers and chronicled by the FBI? Maybe...

Study Shows How to Win at Rock-Paper-Scissors