As a follow-up to my article on George Adamski's "doctored document," I thought I would share with you some of the highlights from the FBI's file on yet another famous Contactee who surfaced in the early 1950s: George Van Tassel. He was a man with an intriguing background. In the 1940s Van Tassel worked for the Douglas Aircraft Corporation. And also with both Lockheed and Universal Airlines. In addition, Van Tassel was employed - in an assistance capacity - by brilliant fruitcake, Howard Hughes. In 1947, Van Tassel and his family moved to Yucca Valley, California. Only a few years later, Van Tassel attracted the attention of both the long-haired Space Brothers and the short-haired G-Men of the FBI.

It was out at the near-legendary "Giant Rock" where many of Van Tassel's encounters of the alien kind went down. Giant Rock also being the location of Van Tassel's hugely successful outdoor UFO gigs of the 1950s. And, as strange as it may sound, the Van Tassel family lived below Giant Rock in a kind of then-modern-day equivalent of the structures that Fred and Wilma, and Barney and Betty, called home in The Flintstones. Van Tassel's visiting ETs included "Numa of Uni," "Ah-Ming of Tarr," "Rondolla of the Fourth Density," and "Zolton, the Highest Authority and Commandant of all spacecraft in the Sector System of Vela."

Perhaps inevitably, Van Tassel got another visit: from J. Edgar Hoover's crime-fighting agency, the FBI. It's clear that one of the main reasons why Van Tassel got the visit was because he was quite vocal on the matter of atomic war - at a time when the whole "Reds Under the Beds" and McCarthyism-connected issues were still big news. In addition, in the first issue of his Proceedings of the College of Universal Wisdom, Van Tassel encouraged people to turn their backs on "material things." Hardly surprisingly, one day there was a knock on the door. Or, rather, a knock on the rock.

In November 1954, a pair of Special Agents turned up at Giant Rock for a chat with George. He was happy to oblige and shared all he knew with the probably slightly bemused agents. He openly told them how, in August 1953 (and I quote the FBI), "...while sleeping out of doors with his wife in the Giant Rock area, and at about 2:00 a.m. he was awakened by a man from space." Dressed in "...a gray one piece suit similar to a sweat suit in that it did not have any buttons, pockets, and noticeable seams," the very human-looking ET invited Van Tassel to "...inspect a space craft or flying saucer, which had landed on Giant Rock air strip." The FBI agents recorded that Van Tassel told them, "...these individuals come from Venus and are by no means hostile nor do they intend to harm this country or inhabitants in any manner."

It was not all good news, however: Van Tassel told his visitors from the FBI that a Third World War was looming ominously on the horizon. It would be "large" and "destructive." The discussion then entered into other realms, such as biblical passages and prophecies, and how and why many of the stories of biblical miracles and strange sights in the sky were prompted by what, today, we would call "ancient aliens."

Files show that the FBI kept a close and regular watch on Van Tassel throughout the 1950s and into the dawning of the 1960s - even to the extent of sending out personnel to sit in the audience at his lectures and conferences. A perfect example being a lecture that Van Tassel gave in Denver, Colorado on April 17, 1960. A 4-page summary of the lecture was prepared by the attending special-agent and revealed how Van Tassel "...gave a lecture which was more of a religious-economics lecture rather than one on unidentified flying objects." The stories of the Ten Commandments, Noah's Ark, Manna from Heaven, and Adam and Eve were all born out of early visitations by ancient astronauts, Van Tassel assured the crowd. 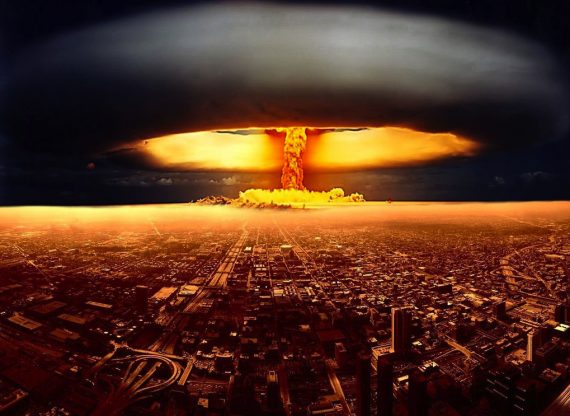 And Van Tassel made it very clear to the audience that "...the space people are now gravely concerned with our atom bombs," chiefly because any kind of atomic exchange between the super-powers would provoke earthquakes, massive death, and even a pole reversal. He added that the long-haired ETs were "...prepared to evacuate those earth people who have abided by the 'Golden Rule' when the polar tilt occurs, but will leave the rest to perish." Which, methinks, was a tad uncharitable of them.

It would be around 5 years before the FBI and Van Tassel crossed paths again: in April 1965, rumors flew around the FBI that Van Tassel had perfected a futuristic device which could cause blindness. It was a device connected to an unnamed "...ultra-rightist with tendency toward violence." The story ultimately fizzled out, however, and the FBI moved onto other things. It was also in 1965 that the FBI finally closed its "George Van Tassel File," referring to the man as "...an eccentric, self-ordained minister of a quasi-religious organization" and "...a mental case."

George Van Tassel died on February 9, 1978, at the age of sixty-seven.