Last Sunday night I watched what turned out to be one of the best movies I've seen in a very long time. And I think it's one which will appeal to the readers of Mysterious Universe. Its title: Wild Tales. It doesn't have a paranormal theme. There are no UFOs in sight. And there are no cryptids or ghosts, either. But, it is a horror-movie; in the sense that it reveals the horror in everyday people who find themselves in unforeseen circumstances. It's a cool series of short, unconnected stories filled with mystery, intrigue, subversive humor, and conspiracy. A Spanish-Argentine movie made in 2014, Wild Tales is the brainchild of Damian Szifron, who is both the writer and the director.

The movie starts with a short but very engrossing story titled "Pasternak." Passengers are boarding a plane which is due to take-off imminently. A beautiful model and the man sat on the opposite side of the aisle strike up a conversation. In mere moments, it becomes clear they both have a connection to a man named Pasternak. He was the woman's ex and also someone who the man - a music critic - once pretty much destroyed in a scathing review. The woman reveals the relationship with Pasternak did not end well. The plane takes to the sky.

Another passenger, overhearing the conversation, reveals she also knew Pasternak. She, too, had nothing good to say about him. Suddenly, all of the passengers are listening in on the weird conversation. It turns out that everyone on the plane has connections to Pasternak - and none of those connections are of a positive nature. Things turn very sinister when it's revealed that not a single one of the passengers bought their own tickets. One and all quickly deduce that Pasternak purchased the tickets and orchestrated a terrible ruse to get every person on the plane...at the same time. A panicked flight-attendant suddenly reveals that Pasternak - as the cabin chief of the plane, no less - is in the cockpit. The door is locked, and the rest of the cockpit crew is ominously non-responsive. There begins a frantic attempt to smash down the door to the cockpit. How does it all end? Well, you'll have to watch the movie! In parts, though, it's all eerily and chillingly reminiscent of the March 24, 2015 crash of Germanwings Flight 9525 - caused by suicidal co-pilot Andreas Lubitz, who slammed the doomed plane into the French Alps, killing everyone on-board.

"Pasternak" is followed by "The Rats," which is a grim but satisfying saga of what happens when someone takes revenge against a complete ass who made their life - and that of their family - a living hell. If you've ever wondered what goes on behind the scenes in restaurant kitchens, "The Rats" offers a scenario of the very worst kind possible. It involves a waitress wanting justice, a crazy cook who served jail-time, and rat-poison. You get the picture...

"The Strongest" reminds me of Duel, the 1971 movie directed by Steven Spielberg and written by Richard Matheson, who penned I Am Legend and The Twilight Zone's classic story, "Nightmare at 20,000 Feet." We're talking about road-rage taken to just about the most extreme level possible. What starts as a shouting match on the highway rapidly turns into a fight for life. Twists, turns, and a very unexpected ending make this a great (and explosive and fiery) tale. 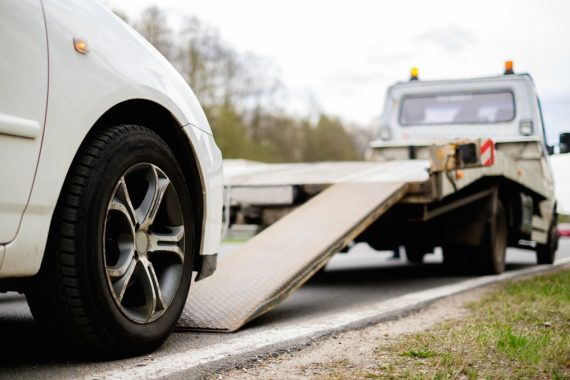 Ever gotten a parking ticket and your car towed? I've never been towed, but parking tickets? Yep. It's not much fun. For the chief character in "Little Bomb" - Simón Fischer - his fury against the towing company rapidly turns from frustration to anger, and finally to a point where disaster occurs: he loses his job, his wife files for divorce, his very existence begins to crumble, and he ends up in jail. All because he got towed. The story, however, concludes in an unexpected fashion. We're talking about a happy ending of a very alternative kind. As with all the stories in Wild Tales, you don't see the end of this one until it hits you right in the face.

An out-of-control and ever-growing conspiracy is at the heart of "The Proposal." When a young man kills a pregnant woman in a hit-and-run situation late at night - and while driving the family car - his frantic parents try and find a way to prevent him from going to prison. So, they beg their gardener, Jose, to take the rap - in exchange for a huge sum of money. The family lawyer wants his cut, too. As does the prosecutor in the case, who quickly and astutely realizes that the family is lying through its collective teeth about who was really behind the wheel. On top of that, the dead woman's husband vows revenge against the guilty party. Cue an escalating nightmare filled with stressed-out characters facing meltdown, and (as with the other stories) an unforeseen and bleak ending. Film noir for the 21st century.

The final story, "The Proposal," is a cautionary one for those contemplating marriage! Imagine it's your wedding day and everything goes steadily wrong - to the point where the bride screams "divorce" (and ends up having sex with a stranger); verbal fights, near-fist-fights, and mini-breakdowns follow; and revenge is the order of the day. As it is in each and every one of the stories - albeit in very different ways. Filled with intrigue, mystery, cover-ups, twists and turns, and dark humor, Wild Tales should not be missed!

Possible Cause for the Bermuda Triangle Found