About Those Inept Soil-Sampling “ETs”

In my previous article here at Mysterious Universe, I presented a number of reasons as to why I feel the UFO phenomenon is likely not one of extraterrestrial origins. One of the examples I used was that of so-called "soil-sampling aliens." Here's the relevant section from the article: (QUOTE) "...someone is working in their field, or driving down a stretch of road, when they encounter a couple of diminutive aliens collecting specimens of local plants, flowers, and vegetables. ET on a scientific mission, right? No, not in my view. We only have to take a careful look at such cases (and there are more than a few on record – here’s a link to a number of classic cases) to see that these 'incidents' are clearly stage-managed. It’s a game, a scenario that has nothing to do with real soil-sampling, but everything to do with trying to emphasize the ET meme. Are we to believe that, time and time again, aliens are so stupid that they can’t collect a few of those aforementioned samples without having their cover blown? Of course, they could easily avoid us! But, here’s the deal: they want to be seen. It’s not an accident. It’s carefully planned. And it’s designed to plant an image of 'ET scientists' in the mind(s) of the witness(es)." (END OF QUOTE)

So, today, I figured why not share with you a number of such cases, which - collectively - demonstrate the stage-managed nature of these equivalents of pure theater. One of the most famous examples is that of a French farmer named Maurice Masse. It was shortly before 6:00 a.m. on July 1, 1965, when Masse had the shock of his life. Masse had a profitable farm near Valensole, which included a field of lavender. Quite naturally, the early morning was still and quiet. For a while. Suddenly, Masse’s attention was drawn to an unusual and out-of-place sound, which was not unlike the whistle of a kettle. He looked behind him and was amazed to see a car-sized object of a roughly oval shape and which sported six 'legs.' Masse tentatively walked over to it. 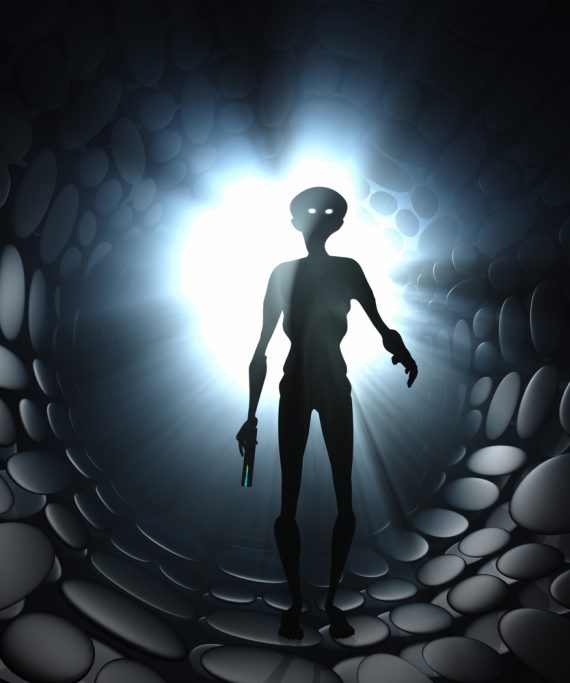 As he got closer, Masse could see a hatch into the craft which was wide open. He peered inside, noting there were two small chairs. He quickly found out why they were so small. In mere moments, a pair of what he first thought were 'small boys' came running over. Boys, they were not. To his horror, Masse found himself face to face with a pair of roughly four-foot-tall creatures who had armfuls of his lavender plants! Both were dressed in green and had oversized heads and large eyes. Suddenly, one of the creepy dwarfs pointed a 'device' at Masse – which immediately rendered him paralyzed. After a few more minutes of collecting samples from Masse's field, the pair jumped into their craft, and took to the skies. Poor, terrified Masse remained in his frozen state for almost twenty minutes. It was a traumatic encounter he never forgot.

Check out this link, which contains numerous similar examples, including this one (from Ontario, Canada) in 1948: "A Mr. Galbraith observed a disc-like object land on the ground; an entity left the object and collected samples of vegetation. The object transmitted a 'force field' which pushed the witness to the ground. The same witness again observed an object on the ground, three entities who smiled at him, were observed outside the craft. A police patrol saw a light in the nearby woods, but couldn’t approach it because of an 'invisible wall.'" 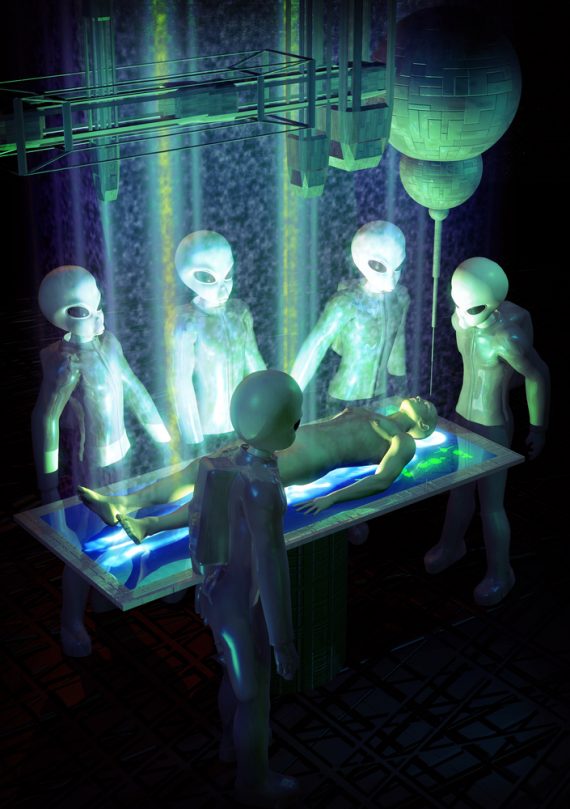 I could go on and on, but you get the point: such cases are widespread. We're expected to accept (or believe) that aliens are coming from countless light-years away, utilizing technology that allows them to traverse incredible distances in no time at all. They can reportedly erase the memories of abductees. They run rings around military aircraft. And, according to some witnesses, they can even walk through walls. But, they're unable to steal a few plants, and a couple of buckets of soil, without everyone and his brother catching them in the act? Hell, when I was a kid there was an apple orchard near where I lived, and a couple of times per week me and my mates would grab a few apples to take to school. Never got caught once, never mind twice or more!

As I see it, the soil-sampling is a ruse. As I said above, it's theater. We are meant to see them, and we are meant to catch them in the act. And all because it adds weight to the imagery and notion of alien entities checking out the Earth. It's a game. They're the players (and the producers and directors, too) and we're the wide-eyed audience.