Astronomers Get Closer to Finding the Location of Planet 9

Planet 9 (Planet Nine if you prefer formal names or Planet X if you want to confuse doomsday conspiracists) is the Waldo that astronomers around the world are seeking the whereabouts of. Using new information from the Cassini spacecraft currently in orbit around Saturn, they’ve managed to identify two narrow lines of space it could be in and their intersection identifies the constellation where it may be found.

Yeah, yeah, I know … if it actually exists at all.

Matthew Holman and Matthew Payne, astronomers at the Harvard-Smithsonian Center for Astrophysics, developed a model that did not depend on one single orbit for Planet 9 but instead worked with multiple possible orbits. Using data from Cassini and tweaking variables like mass and orbit size, the model predicted that Planet 9 would be found in two narrow bands of space. Since the bands aren’t parallel, high school math tells us that their intersection is the most likely location for Planet 9. They threw in previous predictions from Planet 9 evangelists Konstantin Batygin and Mike Brown and Payne read the results.

When you put those together it’s kind of like X marks the spot. 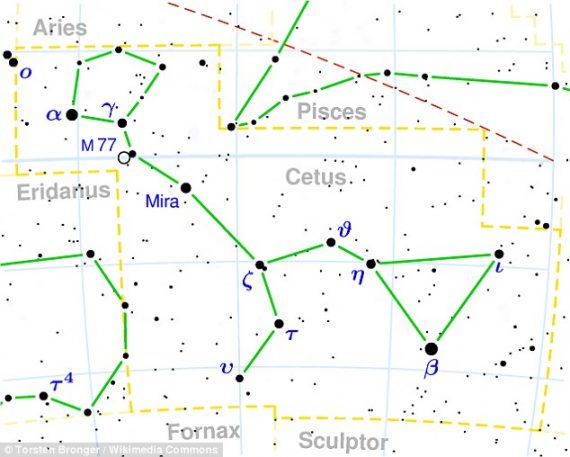 The “spot” is 20 degrees in radius near the constellation Cetus which can be found on your constellation maps next to Aries and Pisces. Before you point your telescope at Cetus in an attempt to become the discoverer of Planet 9, they’ve got you beat. The Dark Energy Survey, a project using the 4-meter Victor M. Blanco Telescope located at Cerro Tololo Inter-American Observatory in Chile, was already checking that spot in space for information about boring stuff on the acceleration of the universe. Now they have a real mission … find Planet 9!

Yeah, yeah, I know … if it actually exists at all.

Dinosaurs May Have Gone Extinct Without Asteroid Strike