Attack of the Eggs: Odd Encounters with Ovalular UFOs

Modern UFOlogy, at least since its formalization in the early 1950s under the USAF’s Project Bluebook, has been rife with varied reports of unusual aerial objects. The sheer variety of shapes attributed to these UFOs, ranging from the famous “flying saucers” of yesteryear, to the modern reports of massive, looming triangles sneaking through the night skies, do little to help with understanding what such objects may be, let alone their possible sources.

If anything, the UFO mystery has derived more problems from the varieties of the experiences contained within; often, no two reports are alike enough to be able to account for the appearance of mystery that they imply.

Amidst the varieties of UFO descriptions and shapes are, however, varieties that do appear frequently enough that they can fall within categories. The aforementioned flying discs or “saucers” are among the best examples, along with the equally compelling flying triangles that are still often reported. Other varieties include deltoid or chevron-shaped objects, long cigar or torpedo-shaped aircraft, missiles or rockets, spheres, cylinders, and perhaps more often than all the rest, amorphous nighttime illuminations that imply little else but some illuminative energy source. 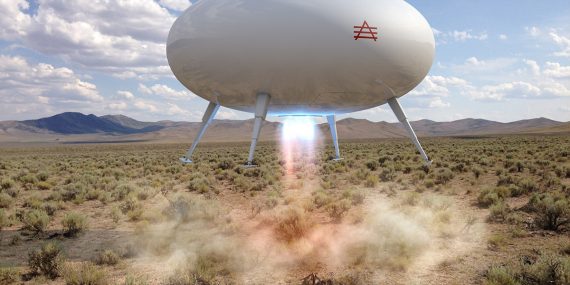 Another variety of object which has appeared time and time again involves flying egg-shaped objects. The famous Socorro, New Mexico incident of April 24, 1964, is widely regarded as one of the most convincing UFO cases of the last century; while some believe it had involved a Bell helicopter with an experimental lunar landing module attached, the description given by the primary witness, a State Police Officer named Lonnie Zamora, seemed to indicate little more than a massive egg-shaped object with three or four landing legs, which produced flames and a loud roaring sound as it flew through the sky.

A similar aircraft was described to me by veteran researcher and friend Christopher O'Brien, author of The Mysterious Valley and, more recently, his exhaustive Stalking the Herd, which examines the cattle mutilation phenomenon. O'Brien described his encounter as follows:

"I had a daylight sighting of what appeared to be a 30'-40' in diameter flying chicken egg on March 27, 2005 in Sedona, AZ. It was matte white colored; appeared to be 1-1200' in altitude; flying about .6 -.7 miles away about 70-80 mph and it was headed south-to-north up Oak Creek Canyon. The following day I found out that a group of hikers in the canyon also saw and reported a strange, silent, flying egg that flew above them. They estimated its size as 50-60' in diameter."

A more recent encounter involving a egg-shaped UFO, which I managed to discover in the archives of NASA’s Aviation Safety Reporting System, described a near collision between pilots of a small engine aircraft with what they described, once again, as resembling a "flying chicken egg". The pilots who filed the report suspected the craft had been some unidentified hobby or experimental plane.

However, perhaps one of the most unusual UFO reports detailing so-called "flying eggs" is notable not just for the objects it describes, but for the era in which it took place. The observation in question here occurred from aboard the USS Supply, a Naval World Warschooner-rigged iron steamer built in the late nineteenth century. It was commissioned in April of 1898 by the U.S. Navy following it’s purchase from the International Navigation Company for a sum of $325,000.00. The Supply would go on to see service during the Spanish-American war, serving as a supply ship for U.S. fleets in Cuban waters. 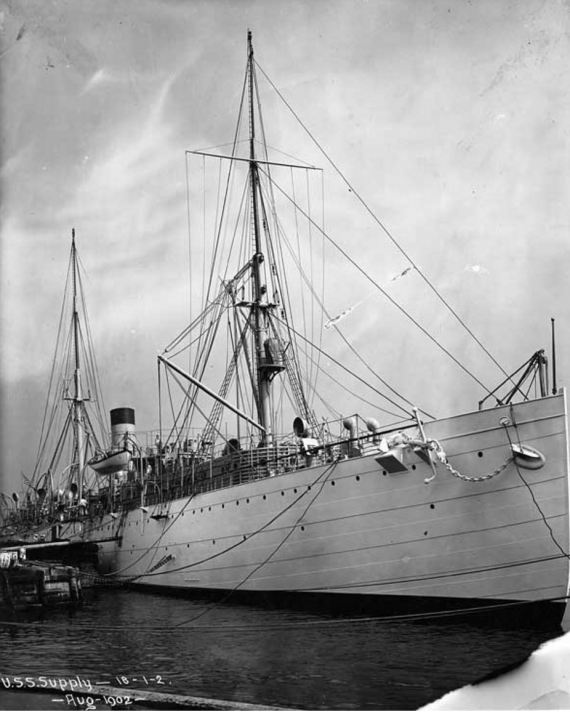 Following the war, after a short period removed from service, the USS Supply would be recommissioned for service in the Asiatic Station of the Pacific. An anomalous incident occurred on February 28, 1904, at which time three members aboard the USS Supply had claimed to see a trio of large, illuminated objects coasting along through the sky as the vessel sailed approximately 300 miles west of San Francisco. One of the the three witnesses, a lieutenant aboard the ship named Frank Schofield, wrote a description of the three illuminated craft, which recalled them as “three bright red egg-shaped and circular objects.” The strange craft appeared to be traveling in formation; at the time of their appearance to Schofield and his company, the objects had been moving beneath the cloud deck, eventually swooping upward and moving above the ceiling and “away from the earth.” The sighting lasted a total of about three minutes.

Schofield, who would later be promoted to position of Commander-in-Chief of the Pacific Battle Fleet, also claimed that the largest of the three objects, which presumably took the lead position amidst the three travelling objects, had appeared roughly six-times the size of the sun in the sky. Again, taking into consideration that this encounter took place in 1904, there are extreme limitations placed on what, precisely, the craft observed from aboard the USS Supply could have been. One possible solution might envolve a variety of plasma phenomenon, such as ball lightning; although the description of their flight behavior (namely their flying formation) presents difficulties in terms of reconciling with this explanation.

Does this early UFO report illustrate one of at least a handful of early twentieth century UFO incidents that occurred prior to the advent of more advanced wartime technologies, the likes of which would appear during the World Wars to come in the following years? Alternatively, could the three men, despite Lieutenant Frank Schofield’s eventual rise in stature, have merely fabricated the story?

Even taking into consideration the advances of the coming decades, the greatest known technologies to arise during World War II could not provide a technological explanation for the appearance of the strange, anomalous craft witnessed by the crew aboard the USS Supply in February of 1904. Perhaps their ultimate purpose and origin will remain mysterious, as UFO cases like this so often (and frustratingly) tend to do.

What’s That Lurking in the Thames? UK Water Monsters, Past and Present