E-Skin Turns Your Body Into a Walking Video Display

Tired of your tattoo? Would you like to press a button and change a tattoo to the name of the latest person or band you plan to be with or follow forever? A new ultrathin, ultra-flexible organic material developed by researchers in Japan may soon give you that ability. Oh, and some other stuff too, like a continuous on-skin LED display of pulse rate, blood oxygen levels and other things doctors might be interested in.

Science Advances reports that Takao Someya and Dr. Tomoyuki Yokota at the University of Tokyo's Graduate School of Engineering developed a protective film that is less that two micrometers thick by alternating layers of Silicon Oxynitrite (a highly flexible inorganic material) and Parylene (an organic polymer used as a moisture barrier). The film prevented oxygen and water vapor from passing through, giving it a useful lifetime of several days rather than hours. 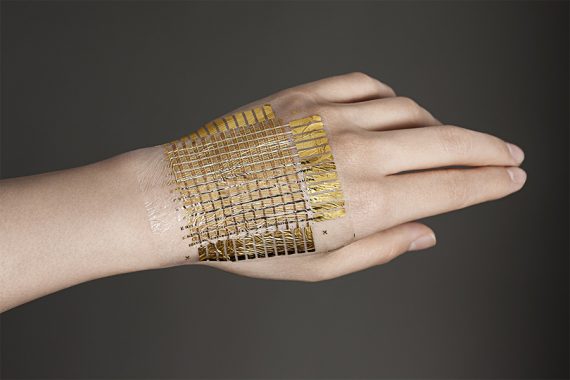 The ultrathin film was strong enough for the researchers to attach transparent indium tin oxide (ITO) electrodes without damaging it, thus turning it into a transparent skin-covering display when polymer light-emitting diodes (PLEDs) were connected to it. The ultrathin PLEDs are low heat and use minimal power, allowing them to be attached comfortably to skin. This combination will allow the film to display things like pulse rates. By adding a photodetector, it can become a blood oxygen sensor.

How does this e-skin feel? The researchers say it’s “one order of magnitude thinner than the epidermal layer of human skin” and is more elastic that electronic skins, making it suitable for the next generation of fitness tracking devices. That’s one of the things Takao Someya had in mind when he made the e-skin solar-powered.

What would the world be like if we had displays that could adhere to our bodies and even show our emotions or level of stress or unease? In addition to not having to carry a device with us at all times, they might enhance the way we interact with those around us or add a whole new dimension to how we communicate.

What about the tattoos? The e-skin will eventually let wearers display flashing lights, possibly connected to their pulse or temperature, and ultimately larger displays will allow tattoo-like images.

And then there’s full-body advertising. Are we really ready for e-skin? 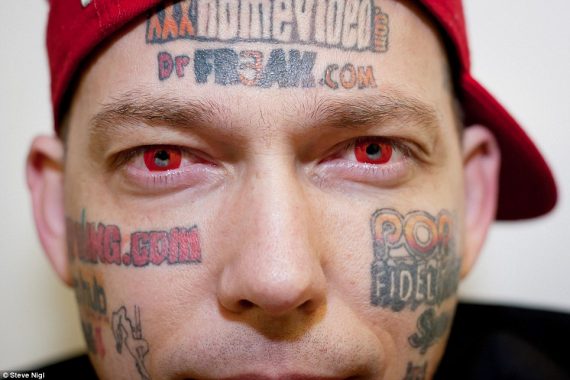