French Space Agency CNES has just launched a satellite with the specific aim of conducting an experiment that could poke a hole in Einstein's Theory of Relativity. If the experiment aboard Microscope confirms Einstein's theory then we can all continue about our business, but any slight deviation in the results would challenge our understanding of gravity and thereby "shake the foundations of physics," according to Arianespace. 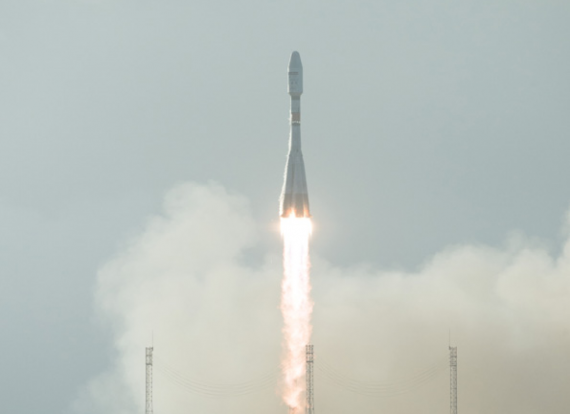 The satellite will test Einstein's equivalence principle, which posits that in a vacuum a lead ball and a feather will fall at exactly the same speed. The 130 million-euro Microscope, which was launched from French Guiana aboard a Russian Soyuz rocket, is carrying two cylinders, one made of titanium (that's the large gold-colored one) and one made with a platinum-rhodium alloy.

Over the course of the satellite's two-year life span, scientists will be able to observe these cylinders in free fall, and conduct the most accurate test of the equivalence principle to date.

In space, it is possible to study the relative motion of two bodies in almost perfect and permanent free fall aboard an orbiting satellite, shielded from perturbations encountered on Earth.

If the experiment shows that the cylinders behave differently to one another then there will be immense excitement among physicists, and relief for those with a passion for quantum mechanics–whose entire science currently stands at odds with the Theory of Relativity.

The Bacteria That Makes Its Own Ice