A prestigious author of books on numerous aspects of the world of magic and sorcery – including How to be Your Own Astrologer, Diary of a Witch, and Cast Your Own Spell – Sybil Leek was a woman who moved almost effortlessly in the worlds of secret, occult-driven groups. She was born in Normacot, England in 1917 and has been referred to as "Britain’s most famous witch."

Leek was someone who became exposed to the "old ways" by her father, and while she was still a child. It wasn’t just her father who inspired Sybil; it was also her grandmother. She, too, was well acquainted with the world of the witch and matters of a sorcery-based nature. Her grandmother was also an expert in the field of astrology, something else which rubbed off on Sybil to a significant degree. She had an alternative education, too: her family preferred to home-school her, albeit not in regular subjects, but chiefly in matters relative to all-things mysterious.

A regular visitor to the Leek home was Aleister Crowley. It was the "Great Beast" himself who pressed Leek to get involved in the field of writing. As history has shown, she did exactly that. A short-lived marriage began for Leek at the age of just sixteen (her husband died only two years later), after which she spent time in a French coven, and before finally returning to England. On doing so, she moved to the New Forest area of southern England – which was home to the New Forest Coven, which played an instrumental role in the development of modern day Wicca.

Leek didn’t just move to the New Forest – she lived in the woods, literally. Her friends were the local Romany Gypsy people, who took her in like one of their own, and with whom she stayed for around a year. It was in this specific period that Leek attended, and took part in, the rituals of the New Forest-based Horsa Coven - attaining the position of High Priestess – and also became a member of the Nine Covens Council. And all this before she left her teens behind.

At the age of twenty, Leek moved back in with her family and did nothing stranger than open a trio of antique shops; an ambitious plan, to be sure, for someone of such a young age. Unfortunately, although the shops were a success, Leek’s reputation as a witch provoked a number of problems – and particularly so due to the media, which was constantly bombarding her for interviews and provoking what Leek considered to be unwelcome attention. It all came to a head when Leek’s landlord – tired of his famous renter – asked her to leave. But, as one door closed, so another one opened, as they often do. 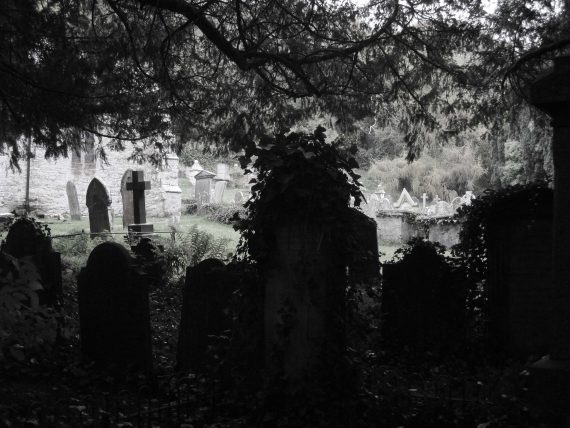 It’s not at all out of the question that Leek – having lived in the New Forest – played a role in the matter of how the New Forest Coven, along with Gerald Gardner, allegedly thwarted Adolf Hitler’s plans to invade the UK ("Operation Cone of Power"). In addition, there is the fact that at the height of the Second World War, British Intelligence quietly hired her to create bogus horoscopes for the astrology-obsessed Nazis – horoscopes designed to adversely affect the Nazi moral by suggesting that Hitler’s hordes were destined to lose the war, which, history has shown, they thankfully did.

In early 1964, Leek was invited to speak in the United States, chiefly on her work in the antiques trade, but which was quickly – and probably inevitably – eclipsed by her links to the world of secret societies, witchcraft, and the occult. She was very soon in high demand, and television, radio, and the lecture circuit all soon beckoned. She decided to remain in the United States, pleased at the way here career was growing, and spending much time with parapsychologist, Hans Holzer. Leek soon moved Los Angeles, where she met Dr. Israel Regardie, a noted expert on Kabbalah and someone who shared her deep interest in Aleister Crowley’s Hermetic Order of the Golden Dawn.