Shocking New Reason Why Modern Men Are Not Neanderthals

Men, are you tired of being called a “Neanderthal” by people (and by that we mean ‘women’) who don’t understand that your behavior and demeanor (and by that we mean scratching, belching and screaming at the TV) does not qualify you to be referred to as a member of that prehistoric species? Good news, men! There’s finally scientific proof you do not carry the Y chromosome from (burp) Neanderthals (go Homo Sapiens!) and the reason why is a shocker (%$*8&]!).

According to a new study published in The American Journal of Human Genetics, researchers at the Stanford University School of Medicine found that, although modern humans do carry traces of Neanderthal DNA, the Y chromosome is not one of those genes. That’s the chromosome that distinguishes XY men from XX women and is passed exclusively from father to son. Since previous studies put the amount of Neanderthal DNA in modern humans at anywhere from 2.5 to 4 percent due to mating with Homo sapiens, this is a shocking discovery, according to study senior author Carlos Bustamante, PhD, professor of biomedical data science.

We've never observed the Neanderthal Y chromosome DNA in any human sample ever tested. That doesn't prove it's totally extinct, but it likely is. 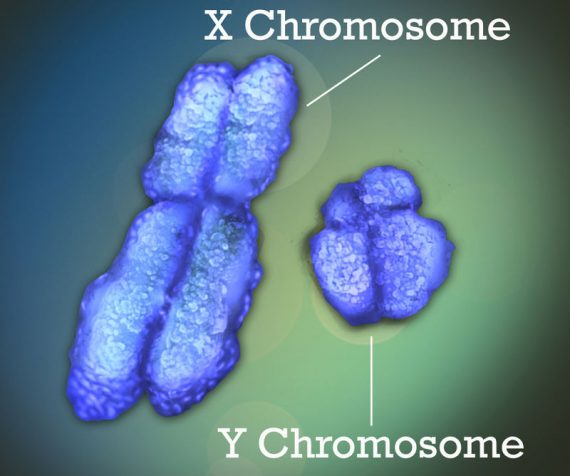 While men breathe a sigh of relief, they might wonder how this happened, in the off chance the question comes up during a bar trivia competition. Blame (or give credit to, depending on your perspective) modern women, says lead author Fernando Mendez, PhD, a postdoctoral scholar at Stanford. It appears that Neanderthal Y chromosomes include genes that are incompatible with other human genes and one in particular has been identified as a probable cause of rejection when male hearts, kidneys and other organs are transplanted in women.

Mendez speculates that these "minor histocompatibility antigens," or H-Y genes, may have caused modern woman’s immune system to attack a male fetus in the womb and miscarry it – something which also happens today when a pregnant woman’s immune system detects a genetic incompatibility . If that happened consistently, it would explain the eventual disappearance of the Neanderthal Y chromosome in modern men. The last appearance of the Neanderthal Y chromosome in a common ancestor of Neanderthals and humans was 550,000 years ago.

This all sounds like a good response to being called a Neanderthal … except for that part about women’s bodies rejecting male fetuses due to genetic incompatibility. Just to be safe, perhaps non-Neanderthal men should drop the scratching and belching and occasionally hand the remote to women and quietly watch Masterpiece Theater with them.

About Those Inept Soil-Sampling “ETs”