Using a completely novel approach, a team of scientists at Northwestern University has developed an allergy treatment that could bring an end to the annual, watery-eyed fear of the pollen count.

The treatment works by sneaking allergen-containing biodegradable nanoparticles into the bloodstream, rather like an implausibly tiny Trojan Horse. Once there, the nanoparticles trick the immune system into thinking that the allergens are no big deal and prevent the body from developing allergies and allergy-related asthma.

In a standard allergic response, the human body registers a typically harmless substance–dust, pollen, your date's cat's hair–as a threat, begins to attack it and releases histamine. And that's when all manner of sneezy, itchy unpleasantness starts–or, in much worse scenarios, anaphylaxis kicks in and serious medical intervention is needed.

What Northwestern's new technology does is hide an allergen in a biodegradable coating of an FDA-approved biopolymer called PLGA that includes lactic acid and glycolic acid.

When injected into the bloodstream the body sees nothing more than innocuous debris, and the immune systems stays dormant. From there, the nanoparticle and its sneaky hidden allergens are consumed by a macrophage, which is "essentially a vacuum-cleaner cell."

As Stephen Miller, the paper's senior author and Professor of Microbiology-Immunology at Northwestern University Feinberg School of Medicine. explained in a statement: 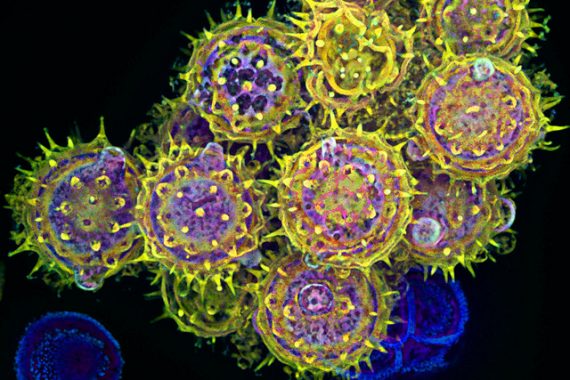 So far, tests in mice have shown that the technique is successful in preventing allergy-related asthma, but as they move towards clinical trials, the Northwestern team believes that the nanoparticles could be used to treat just about any kind of allergy you care to name.

It's a universal treatment... Depending on what allergy you want to eliminate, you can load up the nanoparticle with ragweed pollen or a peanut protein.

And that could be huge; providing an effective, long term treatment that does not require daily medication for individuals with potentially life-threatening respiratory and food allergies.

The Time Traveler Running For President of the United States