Some People May be Born with DNA that Prevents Disease

Recent studies show that some people may be immune from genetic diseases.

An international team of researchers have gone against the grain. Instead of looking at people who became ill from disease, they looked into the number of people who remained healthy when they should have become ill.

Dr. Eric Schadt from the Icahn School of Medicine at Mount Sinai Hospital in New York and colleagues are involved in the Resilience Project. They performed an analysis of 589,306 genomes to identify people resilient to severe Mendelian childhood disease. Mendilian diseases are those controlled by a mutation in a single gene that cause inherited childhood diseases like cystic fibrosis.

Millions of years of evolution have produced far more protective mechanisms that we currently understand.

The study, published in the journal Nature Biotechnology states

A comprehensive screen of 874 genes in 589,306 genomes led to the identification of 13 adults harboring mutations for 8 severe Mendelian conditions, with no reported clinical manifestation of the indicated disease. Our findings demonstrate the promise of broadening genetic studies to systematically search for well individuals who are suffering the effects of rare, highly penetrant, deterious mutations. They also indicate that incomplete penetrance for Mendelian diseases is likely more common than previously believed. The identification of resilient individuals may provide the first step in uncovering protections genetic variants that could help elucidate the mechanisms of Mendelian disease and new therapeutic strategies. 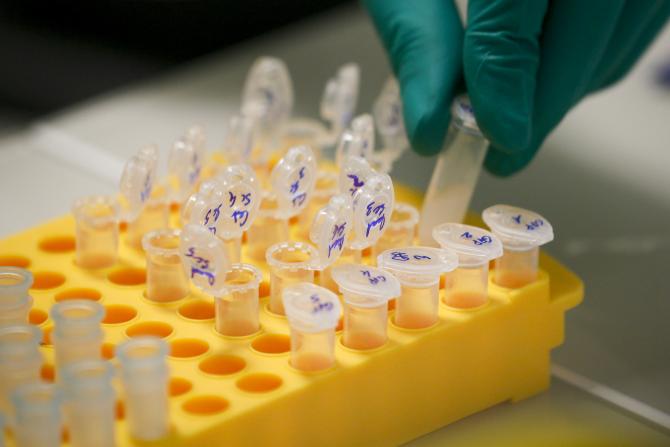 Professor Stephen Friend at the Icahn School of Medicine says,

Finding these individuals is a starting point to searching for other changes, eg in the genome, that might give us clues to develop therapies … Study the healthy, don’t just study the sick.

This study is just a starting point. Unfortunately, the scientists cannot contact the 13 individuals who have the preventative DNA for further study. The individuals did not sign consent forms and were anonymous when their DNA sample was taken and stored in data banks. Thus, they don’t know what’s protecting them from disease.

There is hope that one day, further research may be the gateway to a cure for devastating, incurable disease. The Resilience Project, a collaborative venture between the Icahn Institute for Genomics at Mount Sinai and Sage Bionetworks are currently searching for people who have escaped the typical signs and symptoms of disease.

Finding genetic superheroes will require other kinds of heroism – a willingness of participants to donate their genetic and clinical data and a commitment by researchers to overcome the daunting obstacles to data sharing on a global scale.