The Pitfalls of the UFO Disclosure Movement

Some time ago, I found myself in an unusual discussion with a noted UFO skeptic. The long and the short of the talk we were having dealt with whether some rather unconventional-looking secret government aircraft might account for a number of UFO reports since the end of World War II.

"You believe that?" he shot at me.

"Well, of course," I said. "I mean, doesn't that seem more likely, at least, than accepting the unproven notion that UFOs are being flown here by little green men?"

My skeptic friend was shaking his head by now. "That kind of information would have been declassified by now," he told me. "Our government doesn't just keep those kinds of things from the public indefinitely."

We agreed to disagree, although I never forgot the conversation. It was only about a year later that one of the big news stories around that time had been how the infamous Area 51 had been officially acknowledged, as a result of the release of CIA files pertaining to spy plane programs that were developed there. It was interesting to me, of course, because the papers included information about Area 51 -- which virtually everyone already knew existed -- but which also had not been discussed in any official capacity prior to the release of said documents.

Maybe it just goes to show that, from time to time, there are things that people see, experience, or are otherwise aware of, but which our governments don't talk about.

However, I don't wish to be too hard on my skeptical friend here, since of course, he had been right, at least partially: with time, the government did eventually release some new information about something that was already a staple within the UFO community. Nonetheless, the scenario begs questions such as these: what else might world governments be withholding that they'll eventually reveal to the public? Perhaps more importantly, when will that data be released?

Indeed, there may be untold scores of files pertaining to all sorts of operations, installations, and aerial craft that might be capable of really clearing up a lot of our views on popular threads that have been running through UFO circles for decades now. However, if that information is still of national security interest, or if it's otherwise something that those in power do not feel should become public knowledge at this time, we may be waiting a long time before we eventually get the entire scoop.

Interestingly, my skeptic friend's presumptions about information being released to the public mirrors that of some parts of the UFO community, specifically the proponents and activists involved in the so-called "UFO Disclosure" movement. While a skeptic might tell us that any secretive technologies are likely to be disclosed with time, proponents of UFO disclosure would say just the opposite; paradoxically, each argument seems to make sense, despite coming from radically different ideological perspectives on the issue.

The reason for this is because both parties -- UFO advocates and skeptics alike -- are relying largely on government treatment of the UFO subject as a basis for their beliefs about UFOs. The skeptic is convinced that no such information exists, because government is trustworthy enough to disclose information about our advanced aircraft programs. Meanwhile, the UFO advocate argues on the premise that secret information does exist, and that governments haven't released it. Either way, its a fairly convenient situation, in which both parties are able to fall back on their arguments without having to really do much else.

"But you can't prove that," the advocate retorts. "Wait and see!"

Maybe the problem is that we might never see what information is really being withheld. Yes, I am presupposing that there is indeed secret information, which those of us outside the relevant government agencies don't have access to, but that we at least have some inkling of an idea about... just like we "knew" about Area 51 before the CIA officially disclosed that information. However, is banking on the notion that "disclosure" will eventually happen really the most productive way to go about further studies into the UFO question?

In a recent blog over at my personal site, I had been similarly musing over some of these perceived "pitfalls" of waiting on UFO disclosure, and whether or not that involves "waiting" in the active sense of lobbying to government both night and day, desperately hoping that persistence will win in the end, and that the wait will be justified once a trove of UFO information is unleashed into the public sphere. In my article, I noted that, "A persistent danger exists in the presumption that such information exists, or that by lobbying for its release, something akin to an “Ark of the Covenant” for UFOlogy will be revealed, laying out plainly and for all to see the “reality” behind the UFO phenomenon… whatever that might actually be." 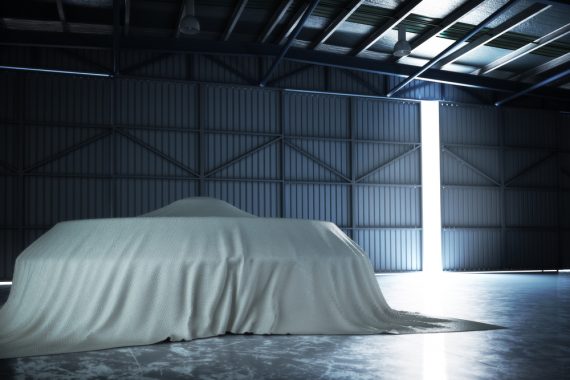 I went on to elaborate on two primary points that must be considered, as it relates to the UFO disclosure situation:

Put more simply, overconfidence in the assumption that government agencies already have the answers, and that UFOlogy is purely an aim toward gaining access to that information, may in fact be entirely counterproductive, should it end up being that either of the following is true:

I speak the above with full knowledge, of course, that many serious UFO researchers in years past have managed to garner new information through filing such things as FOIA requests; three individuals that come to mind here are Stanton Friedman, as well as John Burroughs and Nick Redfern, each of whom I have spoken with personally about this subject at some length.

These, I do feel, are valid concerns that must be raised (and in my article, I build upon this premise, arguing that an approach to studying UFOs that favors good science, as opposed to political activism, will likely be more fruitful in the end).

Will the friendly advocates within the UFO community ever really see the light? Perhaps so... but not if we relentlessly keep our heads in the dark. There's a good reason why secret projects are often called "dark" or "black", and if there is anything to the UFO mystery beyond such programs (i.e. something TRULY exotic), a bit of self-reliance and forward thinking may be the best tools we have for use in a better assessment of the phenomenon.