Eugene Podkletnov was, and still is, an enigma. As far as one can tell today, he never worked as a physicist in any official capacity; if anything, the Russian inventor was an engineer by trade -- albeit a good one -- whose most controversial discovery would be uncovered by mere happenstance.

Regardless of how it happened, in 1992 the the materials science laboratories at Tampere University of Technology in Hervanta, Finland, would become home to a discovery of great intrigue -- and great controversy. It remains one that, according to some, may yet shed light on the propulsion technologies behind many reports of UFOs. 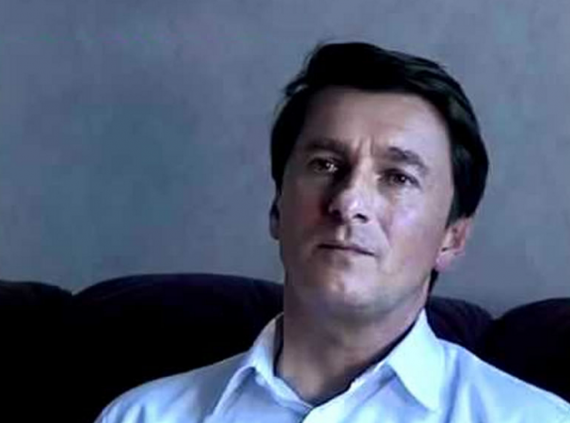 Evgeny “Eugene” Podkletnov was born in Russia, and before immigrating temporarily to Finland, had worked to receive his master’s degree at the University of Chemical Technology at Russia’s prestigious 130-year-old Mendeleev Institute in Moscow, before spending more than a decade at the Institute for High Temperatures with the Russian Academy of Sciences. His professional work with Tampere University would begin with the attainment of his doctorate in materials science, a path which led him into studies and testing with various superconductors.

While observing one particular superconductor experiment in 1992, Podkletnoy began to notice something strange; at the time, he felt it might even be a clue to unraveling the secrets of learning to defy gravity altogether. More specifically, while observing a rotating ceramic superconducting disc, Podkletnov noticed that when positioned in close proximity to electromagnets below the disc, the effect of gravity on objects being suspended above it seemed to lessen.

Journalist Charles Platt wrote of the incident in a Wired feature back in 1996, saying that:

“Small objects above the disc seemed to lose weight, as if they were being shielded from the pull of Planet Earth. The weight reduction was small–around 2 percent–but nothing like this had ever been observed before.”

The above statement is correct, at least for the most part. While nothing known to science had proven capable of so much as appearing to lessen the effects of gravity prior to Podkletnov’s experiment, the French physicist Francois Dominique Arago had discovered as far back as 1824 that “a magnet placed near a rotating metallic disc experiences a force tending to make it follow the motion of the disc,” and that furthermore, a needle placed in a fixed position above a spinning copper disc, rather than being allowed to pivot freely, would actually hinder movement of the disc.

In short, something about the movement of a spinning disc, particularly in relation to magnets in close proximity to it, tends to warrant strange observable effects; indeed, Arago had previously recorded that the effects of Earth’s magnetic pull were lessened on small objects when a metallic disc began to spin from beneath in such a way. 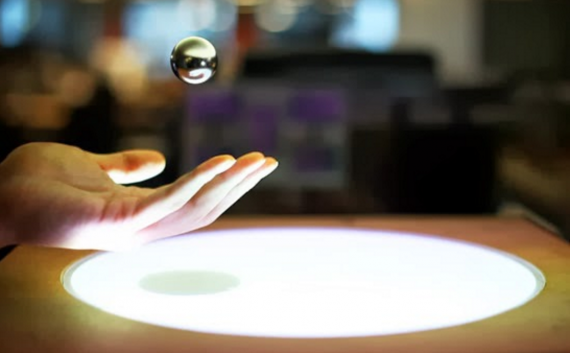 Much like those of Arago, Podkletnov’s observations had been fascinating, though resulting from chance. Recalling the circumstances in his phone conversation with Platt, he described that his curiosity began while noting the strange behavior of pipe smoke, as it began to collect above the spinning superconductor:

“Someone in the laboratory was smoking a pipe, and the pipe smoke rose in a column above the superconducting disc. So we placed a ball-shaped magnet above the disc, attached to a balance. The balance behaved strangely. We substituted a nonmagnetic material, silicon, and still the balance was very strange. We found that any object above the disc lost some of its weight, and we found that if we rotated the disc, the effect was increased.”

In a scientific paper that would follow, Podkletnov would claim that the superconductor was actually managing to serve as nothing less than a physical shield against the Earth’s gravitational field, lessening the apparent weight of the object by as much as 2%. The idea, in theory, could be applied to a wide array of different technologies, although in terms of helping achieve greater lifting efficiency for aerial vehicles (and thus saving energy), the discovery, if valid, could have pointed to an all new field of avionics.

Interesting enough to the researcher of anomalous aerial phenomenon is the curious persistence of the metallic disc, especially in relation to the presence of odd physical effects levied against magnetism and gravity. Could it be that a disc–or as some might call it, a saucer–might really be the most efficient shape to be afforded an aircraft capable propelling itself against the forces of gravity? 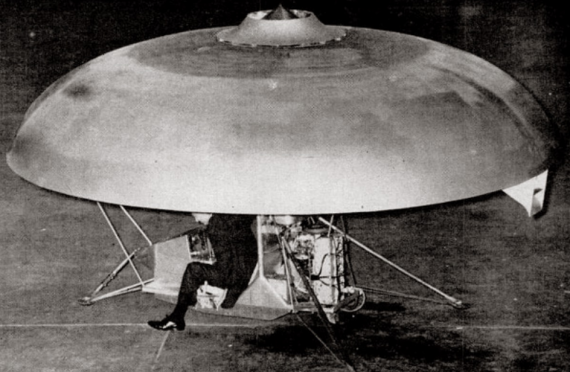 In a rather revealing statement made by Podkletnov in 1997, the engineer, now claiming to be working with a chemical laboratory based out of Moscow, gave the resolute Mr. Platt an intriguing update to this story; he claimed that in building a new device based on the earlier observations at Tampere, he had now developed a variation on the new technology that could reflect gravitational waves… and in such a way that might eventually become conducive to new kinds of flight which are akin to that of UFO craft:

“Under specific conditions, applying resonating fields and composite superconducting coatings, we can organize the energy discharge in such a way that it goes through the center of the electrode, accompanied by gravitation phenomena–reflecting gravitational waves that spread through the walls and hit objects on the floors below, knocking them over…The second generation of flying machines will reflect gravity waves and will be small, light, and fast, like UFOs.”

Of course, extraordinary claims require facts and justification in equal measure, and the bold announcement that true “anti-gravity” had been attained drew sharp criticism for Podkletnov’s claims. The same year as his second Wired interview, the engineer withdrew a second paper he had submitted for peer review, claiming that the biased attitudes of a so-called “gravity establishment” had effectively thwarted his credibility, both in the scientific community, as well as at his alma mater; Tampere had allegedly banned him from his own laboratory, and hence he finally retreated back to Moscow to find work.

Despite the controversy surrounding Podkletnov’s claims, companies like Boeing, as well as the American Space Agency, NASA, would allegedly begin taking serious interest in what the engineer had claimed to do. A BBC report from 2002 would later state that Boeing had in fact begun to get involved in anti gravity research:

[D]ocuments obtained by Jane’s Defence Weekly and seen by the BBC show that Boeing is taking Dr Podkletnov’s research seriously. The hypothesis is being tested in a programme codenamed Project Grasp. Boeing is the latest in a series of high-profile institutions trying to replicate Dr Podkletnov’s experiment. The military wing of the UK hi-tech group BAE Systems is working on an anti-gravity programme, dubbed Project Greenglow. The US space agency, NASA, is also attempting to reproduce Dr Podkletnov’s findings, but a preliminary report indicates the effect does not exist.

Boeing later refuted the claims, and denied having any involvement, while admitting (rather strangely) that, if they were to be questioned about anything secret or clandestine, they would be forced to deny it anyway.

Only a handful of other instances would come to light in more recent years, where any attempts at replicating the effects first observed by Podkcetnov were undertaken. One American company, while apparently under-equipped for the tests in Podkletnov’s estimation (following a visit by the controversial engineer to their facilities), nonetheless were alleged to have been “silenced”, according to Podkletnov, due to the ongoing repression leveled by the “Gravity Establishment.”  And yet, even with its conspiratorial overtones, it does begin to seem with time that there could be something more to it all; and furthermore, that the difficulties Podkletnov had seen while attempting to secure peer review and other serious academic interest had indeed been squelched by certain members of the so-called “establishment” that he so often spoke of. If anything, this scenario would run almost eerily congruent to what we already know to have happened during the Project Blue Book years with regard to UFOs: officialdom was encouraged to play down or outright debunk UFO reports, based on some strange set of motives which remain quite elusive to this day.

Thus, maybe it’s no surprise, when we consider the parallels that even Podkletnov himself made between his potential discoveries, and existing UFO phenomenon. Could it actually be that for largely the same reasons that UFOs have been given such poor treatment over the last several decades, Podkletnov also suffered at the hands of elitists driving a hidden agenda… and a grouping of people in upper echelons of government (or elsewhere) who likely already know the incredible benefits of antigravity technologies?

Attack of the Eggs: Odd Encounters with Ovalular UFOs