There most assuredly was an overlap. Constable was deeply interested in the Albert Bender/Men in Black saga of the early 1950s. As I mentioned to Loren: (QUOTE) "Constable contributed a letter to the book Bender Mystery Confirmed. Not many people know of this book. It was a follow-up to Bender's Flying Saucers and the Three Men. It was published by Gray Barker. The Confirmed book is a collection of about 20 letters from people who had read Bender's book and who wanted to comment on it." (END OF QUOTE) In his 1962 letter (which was mailed to Gray Barker) Constable makes it very clear that he believed Bender encountered something straight out of the world of the occult.

Constable wrote: "Dear Gray, It is difficult indeed for me, as an occultist with some firsthand experience of this field of UFOs, to sort out Bender's journeys back and forth across the threshold line between the physical and the astral. A biometric examination of Al Bender would probably indicate similar things to what it revealed about certain other researchers - total inability to distinguish between events on two planes of reality."

He continued to Barker: "Bender's honesty I do not for a moment doubt. His discrimination I would deem non-existent. It seems almost incredible that the man could relate the full story of the construction of his chamber of horrors in the attic in the way Bender has. This is what convinces me of his honesty. Nothing could be more logical, in an occult way, than that the invisible entities he invited by the preparation of this locale, should indeed manifest to him, and thereafter proceed to obsess him for a protracted period, using hypnotic techniques that brought the man completely under their control." 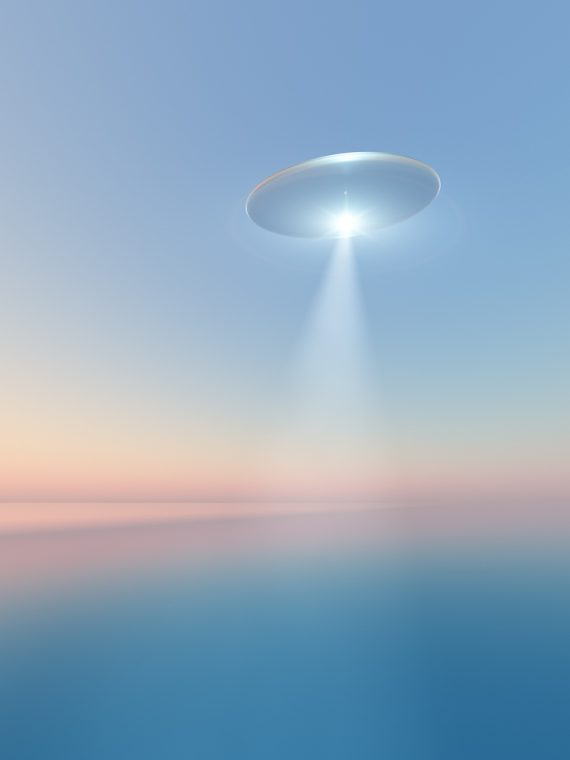 Constable had much more to say, too: "As to the nature of the entities involved, it seems that my writings about the 'imperceptible physical' as source of many space ships, or so-called space ships, are only too close to the truth. Indeed, if Bender's experience has any value, I'd like to suggest that it certainly illuminates a re-reading of 'They Live in the Sky.' I don't believe I know of any case quite like Bender's, where a man seemingly oblivious to the reality and laws of the occult, brought upon himself the energetic attention of aggressive occult forces. Certainly, the man can thank some kind of Divine intervention for the preservation of his sanity - if everything he writes is true."

We also have the following words from Constable: "Assuming that Bender has been truthful and honest, I would say that the lesson if his experiences is this. For the understanding of the UFOs and all the bewildering phenomena connected in this field, a working knowledge of occult science is indispensable. This lesson, driven home in innumerable ways since saucers came to mankind, is given new force with the Bender book. But few there will be who will heed it."

To what extent Constable may have further pursued the Bender mystery is an issue that I'm looking into.