The subject of UFOs presents us with quite an enigma. It deals with ambiguities, in a world where certainties are not just the norm; they are requisite. Otherwise, there is little seriousness to be afforded something that, while seemingly tangible within the context of a body of data purporting to offer good evidence, remains so inescapably odd and downright unreal.

In the past, I have devoted a good bit of time to the assessment of "what a UFO is," though honestly, there are times where I begin to question whether they can be easily defined at all. To illustrate this, the most common idea about UFOs present today addresses the subject through a lens of unreality, in which strange objects in the skies are taken to be alien spaceships. A host of conspiracy theories (yes, conspiracy theories) exist that offer "evidence" of this: crash landings in the American southwestern deserts, purported extraterrestrial assessment teams like the so-called "MJ-12", and hosts of reports from proclaimed abductees who discuss their interactions with Star Guests that literally point to where in the universe they hail from.

Who knows. For all you or I may be able to discern, any (or all) of the above may be true. However, there appears to be so little hard evidence to substantiate such claims, despite years and years of collective research by the UFO community, that at times the silence begins to seem damning. 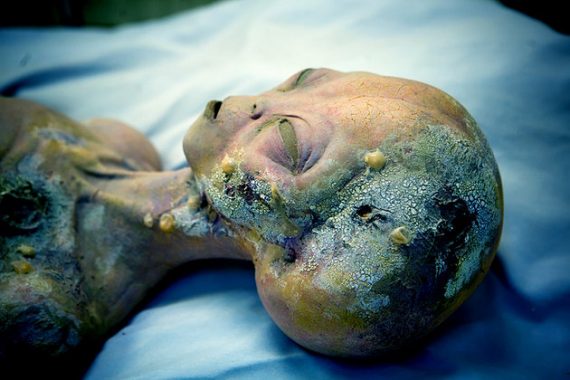 To be clear, my best assessment of the subject is that there is a phenomenon, though it remains ambiguous, and no conclusive data seems to exist that clearly, irrevocably indicates that the sole source is extraterrestrial visitation. My colleague Nick Redfern (who, as I write this, will soon be en route to the location where I'm staying here in Texas, for a coffee and a chat about all this), also wrote about this recently at MU, noting the way his ideas and attitudes have changed over the decades, carrying him along from a once-believer in ET or alien UFOs, to his present position as one who, like the late John Keel, thinks UFOs may be "something masquerading as aliens."

Interestingly, the UFOs (or their occupants, if they have any) may not be the ones hiding behind the extraterrestrial meme at all. It very well could be that while some kind of phenomenon does exist, our perception of an "alien" origin is our very own creation, rather than something that is intentionally presented to for purpose of misdirection.

I nonetheless think Keel was fairly close with his assessment. It may be that Nick and I would agree on many points, or that we may not, as far as any "final conclusions" go. But I think that it is telling that so many researchers who have looked seriously at this phenomenon over the years begin to move further from the "extraterrestrial hypothesis" (ETH), which at one time had seemed the most likely conclusion. 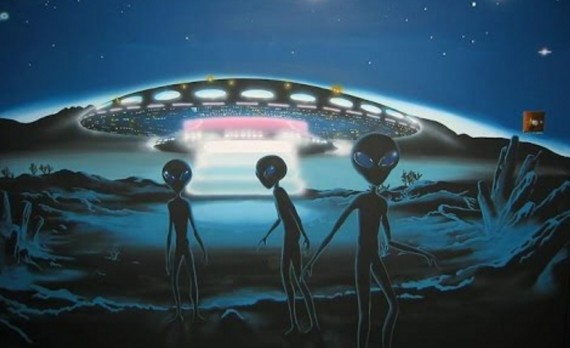 Back in the mid to late 1980s, UFO researcher Jacques Vallee had begun to express serious doubts about an extraterrestrial component underlying the UFO phenomenon. His five primary arguments against the ETH were as follows:

One may, for sake of argument, dispute Vallee's assessments, just as I have (despite essentially sharing his views). One reason for this is because, if we are to make a scientific argument, we must be careful to check for whether it is falsifiable. While UFO incidents seem to exceed the amount required for an alien survey of our planet, who knows what kinds of scientific motivations, and hence what other requirements, an "alien survey" might call for? Also, with no comparison as far as life on other planets, can we be sure that extraterrestrials would not possess features very similar to humans? We could go on, but the fundamental point remains that virtually any argument presented about UFOs could be debated... while I could continue the exercise of deconstructing Vallee's analysis here, seemingly lending support to the ETH, I will nonetheless point out again that the ETH can be deconstructed just as simply; we are left with nothing that is truly conclusive about the phenomenon at the end of the day.

For the modern skeptic, this lack of clarity on the subject is roughly equivalent to no subject at all, rather than an apparent phenomenon that remains ambiguous. In likelihood, if there is anything more to UFOs than a cultural belief system and/or a social movement built around the idea, the first step toward understanding what they may be is to start thinking outside the box.

Extraordinary claims do require extraordinary evidence, as is so often said; but maybe it's time that a bit of ordinary thinking should be applied to the subject, rather than going to such lengths to "prove" something extraordinary, when it may be very different in the end.