It's not that far-fetched.

That doesn’t sound like rousing encouragement that we’re on the brink of major breakthroughs in science fiction technologies become realities, but it is if the speaker is Captain James Tiberius Kirk in the form of William Shatner. In his presentation at Smithsonian magazine's recent fourth annual Future Is Here festival, Shatner talked about how many of the technologies and devices seen on the original series 50 years ago are in use today, how some are close to reality and how a few, while potentially impossible, are on his wish list as well as ours.

Shatner pointed out the obvious things Captain Kirk used or was exposed to that we use too, like automatic doors and flip-open communication devices. Lieutenant Uhura, the USS Enterprise's communications officer, wore an earpiece that resembled today’s Bluetooth versions.

Other Star Trek technologies are in their early formative stages. Some 3-D printers have made cheese and pizza in what could be considered a crude first attempt at the Enterprise’s food replicator. Invisibility isn’t here but cloaking covers that distort light into a sophisticated camouflage are. Tractor beams have been developed that can hold and manipulate tiny plastic balls. And the rumors of a warp drive persist. 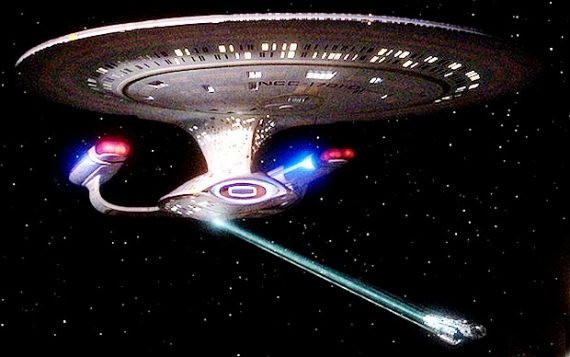 Devices inspired in part by Star Trek also exist, according to Shatner.

The Navy did come in and look at some of the ergonomics of the bridge, and apparently copied it. A captain of a vessel not too long ago [said] some of the bridge stuff on his ship was designed after what our designers had [done].

Or course, the really cool stuff on Star Trek isn’t available yet and may be impossible outside of science fiction, although Shatner pointed out one loophole.

Although a lot of the concepts in science fiction are absurd to our Newtonian minds, anything is possible because of the new language of quantum physics.

He’s right. Quantum teleportation has been achieved, but humans are not photons and the transporter room is probably impossible. And anyone attempting to get past warp factor 1 runs into a wall named Einstein and his bricks of special relativity.

It’s hard to believe that Captain James T. “Shatner” Kirk is 85 years old and his good friends and crew members are mostly gone. Before he joins them in the final frontier, is there any Star Trek technology he’d really like to see in reality?

Transporting is where it’s at. 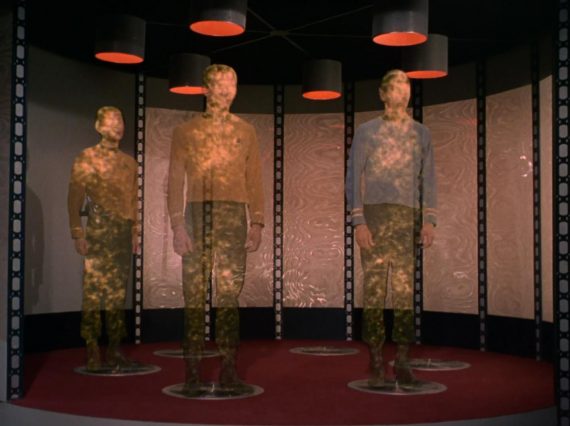 Set a course for it, Mr. Sulu.