“A Hideous Being With Disheveled Hair”

In October of last year, I wrote an article here at Mysterious Universe titled "The Glowing Winged Woman of Vietnam." I stated in the article: "It was in August 1969 that a man named Earl Morrison, along with several comrades, had the shock of his life. It was, very appropriately, in the dead of night when the menacing event occurred – and as the men were on guard-duty, keeping a careful look out for the Vietcong. Everything was quiet and normal until around 1:30 a.m. That’s when the atmosphere changed, and an eerie form made its presence known to the shocked men of the US 1st Marine Division."

That "eerie form" - specifically encountered in Da Nang - was described as nothing less than a woman who sported a pair of bat-like wings, and who flew over the heads of Morrison and his friends! While doing a radio show a couple of days ago on paranormal mysteries in warfare, I was asked about this case and, having discussed it on the show, I thought it might be an idea to go back and address the matter of what Morrison may have seen.

In their book, Alien Animals, the authors/researchers Janet and Colin Bord noted of the Morrison affair: "Usually our reports of winged figures describe them as 'men,' but without any indication whether features are seen which tell the witness definitely that it is a man. In view of this we suspect that so-called 'birdmen' should strictly be termed 'bird people' or 'bird persons,' and that no sex attribution can honestly be made. However, the Da Nang sighting does not come into that category. The only other female winged figure we have on record is a creature from Welsh folklore, the Gwrach-y-rhibyn. She resembled the Irish banshee, moaning and wailing to foretell death in a family." 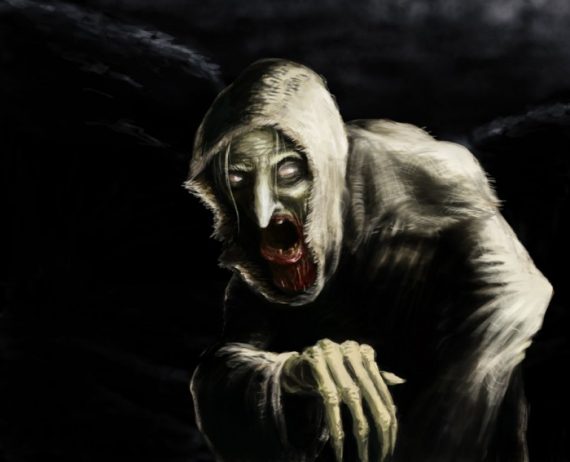 Marie Trevelyan – a noted expert on Welsh folklore and the author of Folklore and Folk Stories of Wales – made more than a few comments that, with the benefit of hindsight, suggest Earl Morrison and his colleagues may have been visited by something eerily similar to the Gwrach-y-rhibyn. Trevelyan said of the Welsh, winged monster that it had "...long black hair, black eyes, and a swarthy countenance. Sometimes one of her eyes is grey and the other black. Both are deeply sunken and piercing. Her back was crooked, her figure was very thin and spare, and her pigeon-breasted bust was concealed by a somber scarf. Her trailing robes were black. She was sometimes seen with long flapping wings [italics mine] that fell heavily at her sides, and occasionally she went flying low down along watercourses, or around hoary mansions. Frequently the flapping of her leathern bat-like wings [italics mine] could be heard against the window-panes.”

Did the Gwrach-y-rhibyn pay a visit to Vietnam in 1969? It's an amazing question to think about. After all, the Welsh monster was noted for her links to looming death. And, no-one can deny the tragic number of deaths that occurred during the Vietnam War. The exploits and nature of this nightmarish Welsh thing were expertly chronicled back in the 19th century, by a man named Wirt Sykes who, at the time, was the American Consul for Wales. The story of the Gwrach y Rhibyn is told in Sykes's 1880 book, British Goblins:

"A frightful figure among Welsh apparitions is the Gwrach y Rhibyn, whose crowning distinction is its prodigious ugliness. The feminine pronoun is generally used in speaking of this goblin, which unlike the majority of its kind, is supposed to be a female. A Welsh saying, regarding one of her sex who is the reverse of lovely, is, 'Y mae mor salw a Gwrach y Rhibyn,' (She is as ugly as the Gwrach y Rhibyn.) The specter is a hideous being with disheveled hair, long black teeth, long, lank, withered arms, leathern wings, and a cadaverous appearance." 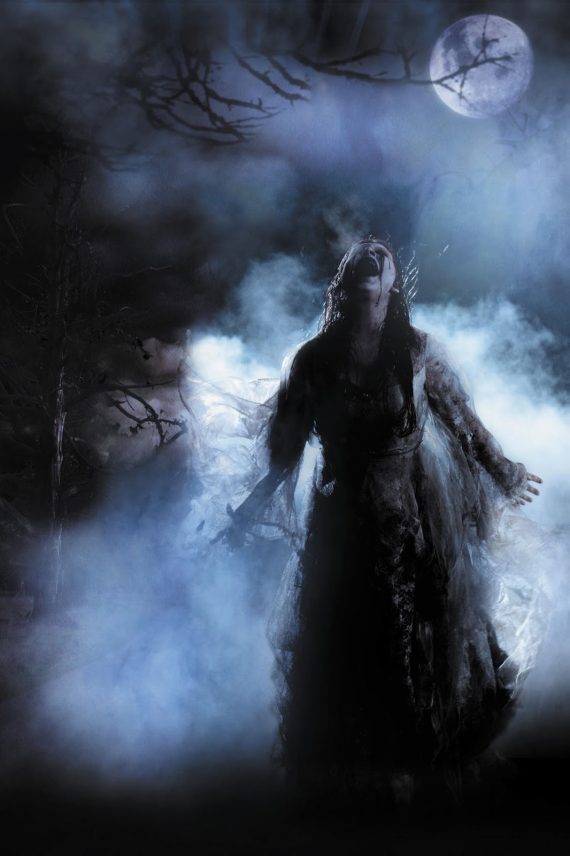 He continued: "In the stillness of night it comes and flaps its wings against the window, uttering at the same time a blood-curdling howl, and calling by name on the person who is to die, in a lengthened dying tone, as thus: 'Da-a-a-vy!' 'De-i-i-o-o-o ba-a-a-ch!' The effect of its shriek or howl is indescribably terrific, and its sight blasting to the eyes of the beholder. It is always an omen of death, though its warning cry is heard under varying circumstances; sometimes it appears in the mist on the mountain side, or at cross-roads, or by a piece of water which it splashes with its hands."

And we also have this from Sykes to ponder on: "The gender of apparitions is no doubt as a rule the neuter, but the Gwrach y Rhibyn defies all rules by being a female which at times sees fit to be a male. In its female character it has a trick of crying at intervals, in a most doleful tone, 'Oh! oh! fy ngwr, fy ngwr!' (my husband! my husband!) But when it chooses to be a male, this cry is changed to 'Fy ngwraig! fy ngwraig!' (my wife! my wife!) or 'Fy mlentyn, fy mlentyn bach!' (my child, my little child!) There is a frightful story of a dissipated peasant who met this goblin on the road one night, and thought it was a living woman; he therefore made wicked and improper overtures to it, with the result of having his soul nearly frightened out of his body in the horror of discovering his mistake. As he emphatically exclaimed, 'Och, Dduw! it was the Gwrach y Rhibyn, and not a woman at all.'"

Mystery of the Blonde Egyptian Mummies Has Been Solved