An F-type star, KIC8462852, nicknamed “Tabby’s Star” is stirring up controversy due to some strange phenomena. The star has undergone unusual, intermittent dimming and scientists hold several conflicting theories. They do agree that something is causing the star that is larger and hotter than Earth’s sun to have 22% of its light blocked.

Yale University astronomer Tabetha “Tabby” Boyajian, for whom the star is nicknamed, and colleagues found that over a 100-day period, there were dozens of instances of the star darkening. The first evidence of darkening, only at 1% occurred in 2009 and lasted a week. The second instance happened two years later, when it was at 15% for a week. In 2013, the star flickered for 100 days. This information was obtained after analyzing data from NASA’s Kepler Space telescope. The star is located 1,480 light-years from Earth in the constellation Cygnus.

Astronomer Jason Wright, associate professor at Penn State, theorized that the strange light patterns are consistent with signs of alien life. A Dyson Sphere, a megastructure erected around a star created by aliens to harness the star’s energy for their civilization may be the cause.

However, astronomers at the Search for Extraterrestrial Intelligence (SETI) Institute in California analyzed the star with the Allen Telescope array and have not detected any radio signals indicating the presence of alien life.

In January, astronomer Bradley Schaefer from Louisiana State University offered another theory. He reviewed photographic glass plates from 1890 to 1989 from the sky archived at Harvard University. He found that the star had dimmed by about 16% - 20% over the last century. He calculated that it would take 648,000 comets, each about 125 miles wide, passing by the star during this time period to cause the dimming. His results were the result of drawing a single line through all the data points.

I do not see how it is possible for something like 648,000 giant-comets to exist around one star, nor to have their orbits orchestrated so as to all pass in front of the star within the last century.

This theory is similar to that held by some scientists who believe that a large comet disintegrated into thousands of small comets that cross the star regularly, causing it to dim.

Recently, a new theory emerged. A current study, led by researchers at Vanderbilt University suggest that the observed dimming is merely a result of old technology, the use of old telescopes to collect data. The team also studied over 500,000 glass photographic plates from Harvard’s Digital Access to a Sky Century @ Harvard (DASCH) data.

Michael Lund, a co-author of the Vanderbilt study, explained that Harvard’s plate collection underwent a major change in the 1950’s and 1960’s, when it stopped taking in plates for the collection. Several telescopes had been contributing data up until that point. After this gap, all data came from one telescope.The team compared “Tabby’s Star” to similar stars in the DASCH database. Their results showed that other stars experienced a similar drop in brightness during the 1960’s. 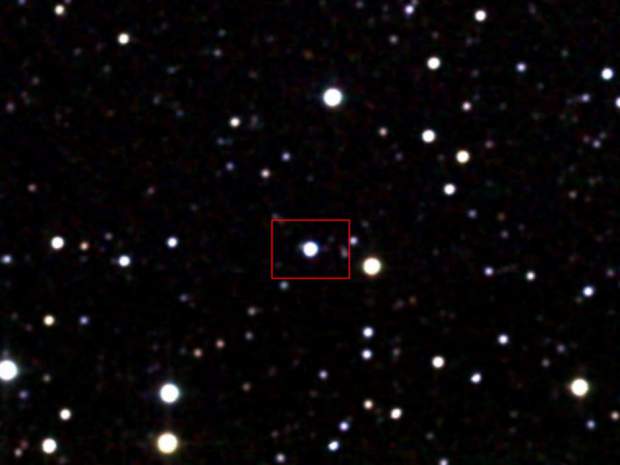 Keivan Stassun from Vanderbilt University and co-author of the recent study says,

The Vanderbilt team is currently working with scientists from Lehigh, NASA, amateur German astronomer Michael Hippke and other professional and amateur astronomers working with the American Association of Variable Star Observers to record dips in the star’s brightness.

Now, what does that mean for the mystery? Are there aliens after all? Probably not. Still, the day long dips found by Kepler are real. Something seems to be transiting in front of the star, and we still have no idea what it is.

The Vanderbilt study is to published in a future issue of Astrophysical Journal.