A Texas man born with perfect eyesight, only to have his retina damaged by infection and then his vision further reduced by botched laser eye surgery, has been able to see for the first time in 40 years after a pea-sized telescope was implanted into his eye. 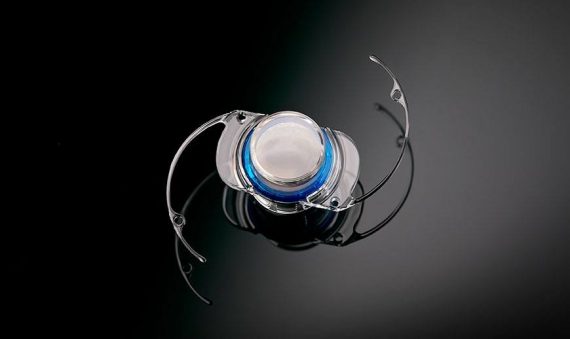 The recipient, John Jameson, is one of only a handful of patients to receive the bionic eye since it was approved by the FDA less than two years ago, but the success of the treatment is quite staggering; after the telescope was implanted at 8am, legally-blind Jameson was able to read a menu at his local Cracker Barrel by noon.

Quite a leap for Jameson, who explained to local media that previously:

I would imagine what this stuff was and I was satisfied with what I had imagined... In the last three or four years, it got to the point where I could barely see more than light.

The implantable miniature telescope itself was developed by Vision Care, and is utilized as part of the Centra Sight system. It works by employing wide-angle micro-optics in a Galilean telescope design, and with the aid of the cornea it can magnify images in front of the eye up to 2.7 times their normal size. 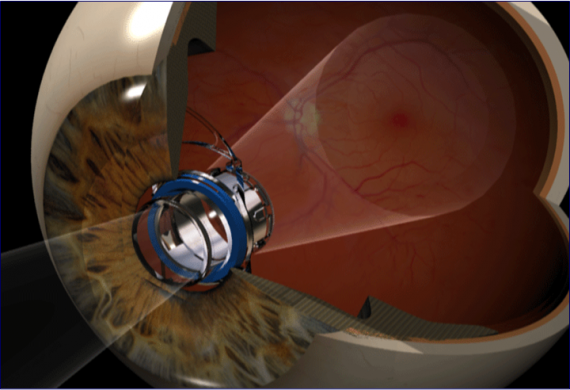 The product is currently approved for those over age 65 with End-Stage Macular Degeneration–all categories into which Jameson and his diminishing vision fell–and is implanted by peeling back the front layer of the eye and placing the telescope directly into the retina.

It is really an amazing product that will give patients with certain types of macular degeneration the possibility of seeing details again—reading, watching TV and seeing the expressions on their grandchildren’s faces.

Jameson's telescope is not the only bionic eye to have become available in the past couple of years; an alternate system called Second Sight works by implanting electrodes onto the retina which connect to exterior glasses that work as a 'camera' and send signals to the brain. 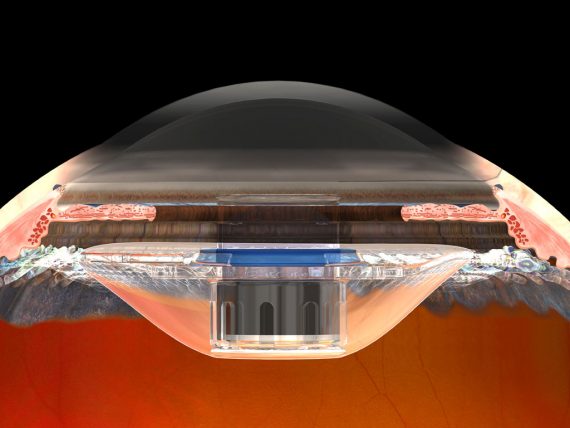 And as these bionic eye technologies advance, they may be able to do more than aid the visually impaired; Google was recently awarded a patent for their own bionic eye lens, and some are speculating that developments will come to give even those with standard vision superhuman sight.

Lead image CC by 2.0, by Luke Hayfield on Flickr

Lost In Translation No More: The In-Ear Translator Is Here