The argument for panspermia – the idea that life exists throughout the universe and is transported and dispersed by asteroids, comets and spacecraft – just got a major boost from NASA. Yes, NASA. A new report confirms that the Rosetta spacecraft has detected the amino acid glycine and the element phosphorous in the gas and dust that makes up the atmosphere of Comet 67P/Churyumov-Gerasimenko, better known as Comet 67P, where it has been in orbit since 2014. Is this a big deal?

With all the organics, amino acid and phosphorus, we can say that the comet really contains everything to produce life — except energy.

That’s a big “Oh, yeah!” from Kathrin Altwegg of the University of Bern in Switzerland, principal investigator for the Rosetta mission's ROSINA instrument. ROSINA is the Rosetta Orbiter Spectrometer for Ion and Neutral Analysis, a combination of two mass spectrometers and a pressure sensor that, among other things, determine the composition of the comet's atmosphere and ionosphere. While glycine presence has been detected using telescopes, this is the first time in history it has been collected in space when Rosetta got close enough to pick up it up as the glycine released by 67P’s dust grains as they were heated by the sun.

Glycine and the chemicals that form it - methylamine and ethylamine - was the only amino acid found, probably because it’s the only one that can form without liquid water. The phosphorus detected is important for DNA and for forming chemical energy. Both of these have been found on meteorite fragments on Earth, but there’s no way to prove they weren’t contaminated by Earth’s atmosphere. Not so with Comet 67P, which is still out in space.

So, if 67P has the building blocks of life, why haven’t they stacked up into some sort of … life?

Energy is completely missing on the comet, so on the comet you cannot form life. But once you have the comet in a warm place — let's say it drops into the ocean — then these molecules get free, they get mobile, they can react, and maybe that's how life starts.

So you put the comet in a warm place, it releases things that get mobile and react and that’s how life is formed. Why do these NASA scientists always sound like sex ed teachers? Maybe they should get out more. 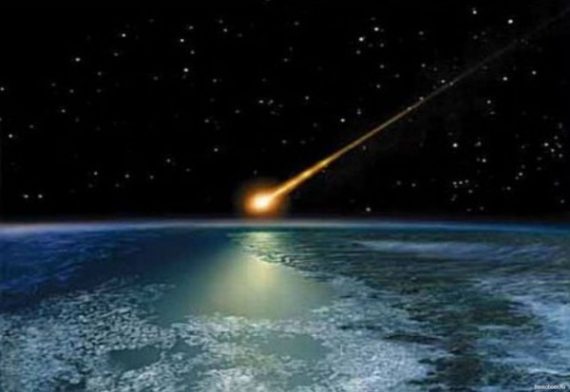 Then again, they’re discussing panspermia – the controversial original sex act that may have spread or helped spark life as comets penetrated planetary atmospheres. Altwegg says that this discovery shows that life could have been triggered by a comet’s impact on Earth.

But even nicer is the idea that we have shown that amino acid is ‘universal’. Its formation can happen in any protosolar nebula and then maybe spark life somewhere else.

The next step is to bring a piece of asteroid back to Earth; That’s the mission of OSIRIS-Rex, scheduled to launch in September and eventually return with material from the near-Earth asteroid Bennu.