It was the summer of 1924: military occupation of the Dominican Republic by U.S. forces was finally winding down, while further south, news of the massacre of 400 indigenous people near Napalpi in the Northeastern region of Argentina was making world news headlines.

It was also in the summer of 1924 that a group of miners near Mount Saint Helens would be making history in a very different way: their outing in the Washington mountains would result in an alleged attack that remains one of the most curious tales ever afforded us in Western Americana.

The story, known today as the "Ape Canyon Incident", involved five miners who had been prospecting for six years in the Lewis River area near Mount Saint Helens in Southwest Washington. In July of 1924, the five men reportedly encountered a group of hairy, manlike creatures -- obviously the same recognized today as Sasquatch or "Bigfoot" -- while searching for a gold claim two miles east of Mount Saint Helens near a deep canyon area. Earlier on the day of the attack, one of the miners, Fred Beck, and his companion had fired a warning shot at one of the creatures, which they observed peering at them from behind a tree; later that evening, the group were reportedly attacked in their cabin, as Beck later recorded in a short pamphlet detailing their encounter:

"Each of us settled down in his crude, but welcomed bed, and soon fell asleep. About midnight, we were all awakened. Hank, who was sleeping on the floor was yelling and kicking. But the noise that had awakened us was a tremendous thud against the cabin wall. Some of the chinking had been knocked loose from between the logs and had fell across Hank's chest. He had his rifle in his hand and was waving it back and forth as he kicked and yelled. (Hank always slept with his gun near by — it was a Remington automatic, my gun being a 30-30 Winchester, which I still have)."

Beck and his companions described hearing what sounded like "a great number of feet trampling and rattling over a pile of our unused shakes" outside their cabin. The men, frightened by the noise, took up their guns and purportedly observed at least three of the hairy creatures together outside the building.

Then, the attack ensued:

"This was the start of the famous attack, of which so much has been written in Washington and Oregon papers throughout the years. Most accounts tell of giant boulders being hurled against the cabin, and say some even fell through the roof, but this was not quite the case. There were very few large rocks around in that area. It is true that many smaller ones were hurled at the cabin, but they did not break through the roof, but hit with a bang, and rolled off. Some did fall through the chimney of the fireplace."

According to Beck's account, the men were kept awake all night defending the cabin from these strange beasts, and were only able to leave the following morning, at which time they made such haste in their departure that they left the majority of their belongings behind. News of the incident would soon come to the attention of the regional press, and decades later, the story would be continually rehashed as more and more reports of Bigfoot sightings became prevalent. 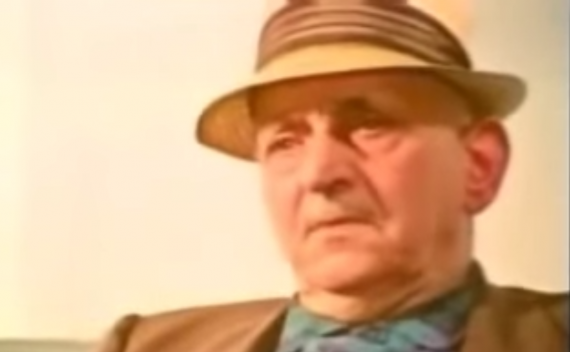 It was also during this period, specifically around 1967 when Fred Beck published his own account of the 1924 incident, that things began to take an unusual twist. Not only did Beck maintain that the events detailed in the popular legend were true, but he also maintained that he had managed to glean evidence that the "creatures" they encountered were not of this world; they were, if anything, inter-dimensional beings of some sort, whose presence had been revealed to Beck and his companions through a number of surreal, psychic experiences:

"Our time spent in Mt. St. Helens was a series of psychic experiences. The method we found our mine was psychic. I am mentioning these facts to help build a background of understanding in a case which has been wholly explained in a material sense. As I will explain the mysterious realities of the Abominable Snowmen, so must I show some of my inner experiences, for in my mind the two have always been closely connected together; and as I will show, these beings bear a direct association with the psychic realm.

"In 1922 we found the location of our mine. A spiritual being, a large Indian dressed in buckskin, appeared to us and talked to us. He was the picture of stateliness itself. He never told us his name, but we always called him the Great Spirit. He replied once, "The Great Spirit is above me. We are all of the Great Spirit, if we listen when the Great Spirit talks."

Beck described that other "spiritual beings" had appeared before he and his company as well during their time on the mountain. These were among the so-called "higher manifestations", as Beck called them, which he and his company described seeing. In addition to these, there were also what he called "lower or grosser" manifestations which, rather obviously, had been the "ape men" that attacked them. As Beck and his company had spent time in the Mount Saint Helens area, the group noted the feeling of being watched on several occasions. "There is no doubt in my mind," Beck wrote in 1967, "that these beings were present and observing us, but they had not yet appeared in physical form." 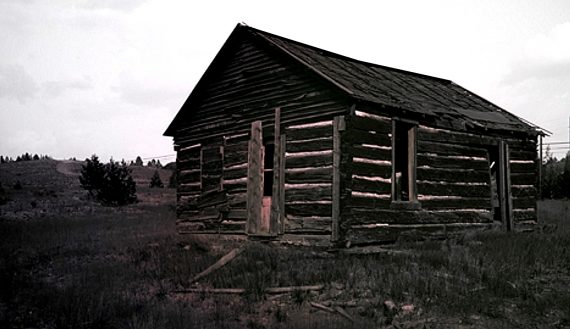 As far as popular Americana and the various representations of Sasquatch that have appeared in it may go, this strange "paranormal" interpretation of the Ape Canyon Incident, as proposed by one of its participants, may indeed be among the earliest to assert some spectral nature behind the Sasquatch. Though it is a fairly common interpretation today, resulting from the curiously unsuccessful attempts at "proving" Bigfoot's existence by physical means, this "paranormal" hypothesis was fairly uncommon at the time Beck proposed it. Nonetheless, in his mind, this seemed to be the only explanation for what he and his fellow miners encountered.

Had Beck merely confabulated an actual series of events, supplementing his story of the "attack" over time with elements of spiritualism and American folklore? In truth, the additional explanations Beck offered seem to do very little to bolster the veracity of the Ape Canyon story, although for many, the apparent inability to produce physical proof of Bigfoot (i.e. a body, alive or dead) has left no interpretation other than one where these creatures do not obey our physical laws. Apparent though this may seem, the logic here presents us with further issues: in short, we cannot "prove" the non-physical nature of an alleged creature by comparing or explaining its existence with other unproven phenomena. At the end of the day, this still leaves us with nothing having been proven at all.

Whether or not the Ape Canyon story is based on a factual occurrence may remain debatable. However, it may well have been Fred Beck's unusual description of the events that were the first to usher the concept of Bigfoot into areas of paranormal and psychical research, which would grow increasingly popular in the decades to come.

Was a Lightning-Fast ‘Mystery Aircraft’ Spotted on a Flight Radar App?