At the present rate of development of new innovations in human life extension, as well as that of anti-aging therapies, many are saying that the human lifespan may be greatly extended in the coming decades. Although the present state of such technologies is focused primarily on warding off the negative effects of aging in therapeutic ways, the end result may be something once relegated to science fiction.

Immortality, in the literal sense.

Ray Kurzweil, longtime advocate of such technologies, as well as the eventual creation of artificial intelligence and, perhaps, the merging between man and machines, is sticking to his guns on the coming "Singularity", a period which he has long estimated to begin occurring around 2029.

"I believe we will reach a point around 2029 when medical technologies will add one additional year every year to your life expectancy. By that I don’t mean life expectancy based on your birthdate, but rather your remaining life expectancy," he said during a recent interview.

Kurzweil also says that what our immune systems do for us naturally will soon be made obsolete by nano-robotic implants, which will help the body's natural mechanisms for warding off illness. But rather than replacing what our bodies already do altogether, Kurzweil says, "we’ll start using nanobots to complete the job of the immune system."

Nanotechnologies remain among the most promising developments of the decades to come. While such "nanotech", as it is often called, is used today to create varieties of substances with greater chemical reactivity, enhanced strength, and other beneficial industrial properties, it will one day be used more broadly in the formation of technologies that directly aid humans. As Kurzweil predicts, nanotech will likely be used to support, if not altogether replace the function of certain immune therapies. 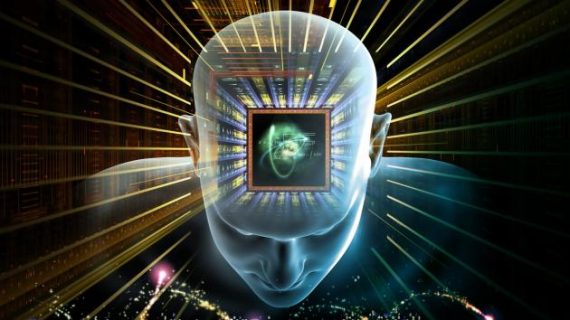 "We could have [a nanobot] programmed to deal with all pathogens, and could download new software from the internet if a new type of enemy such as a new biological virus emerged," Kurzweil says.

Although it may sound far out to us today, many have pointed to Kurzweil's track record with making similar predictions. Since the 1980s, Ray Kurzweil has managed to accurately predict such things as the popularity of Kindles and other eReaders, as well as driverless cars, and the continuing miniaturization of personal computers, which he says will eventually be, "the size of rings, pins, credit cards and books" (although counting smartphones, many modern computers already qualify). Wireless communication, rather than the use of cables as in years past, had been among things Kurzweil predicted going back to the late 1990s, as well as "people talking to their computer to give commands," a technological prediction which brings to mind modern computerized "assistants" like Microsoft's Cortana, and the very popular iPhone AI known as Siri. (You can read about more of Kurzweil's future predictions here).

If Kurzweil's predictions continue to fall on the mark, we may indeed be looking at a future within the next few decades, in which anti-aging technologies not only slow the natural progression our bodies follow as we grow older... they may stop them altogether.

What, then, will our world be like in an "immortal" future, where people may choose to extend their lives indefinitely?

Then again, with the coming of such life-extension technology, there is also the likelihood that it will be accompanied by such things as the advent of artificial intelligence. A recent 2016 study aimed at assessing global risks ranked A.I. and geo-engineering (in response to anthropogenic climate change) as preeminent threats to humanity, second only to pandemic outbreaks and the ever-lingering threat of nuclear war.

With such potential threats on the table, is it likely that our eventual life extension innovations could be overtaken altogether by an unrelated innovation, which may end up backfiring on us?

That Religious Experience May Just Be an Epileptic Seizure