Japanese startup Star-ALE, who last year unveiled plans to produce massive artificial meteor showers as a form of highly questionable, multi-million dollar firework display has now set their sights on creating an explosive opening for the 2020 Olympics in Tokyo. In the run up to 2020? They'll debut their first "Sky Canvas" next year.

The company, founded by astronomer Lena Okajima, explains that the Sky Canvas displays are created by launching a microsatellite into space. Aboard that satellite is between 500 and 1,000 "source particles." These source particles are in fact small pellets made from a completely undisclosed composition of chemicals that are then fired out from the satellite.

The particles then travel one-third of the way around the Earth, enter the atmosphere at a specific pre-determined location, burn up and appear as shooting stars. Oh, and they'll be pretty colors too, depending on the elements contained within each particle. 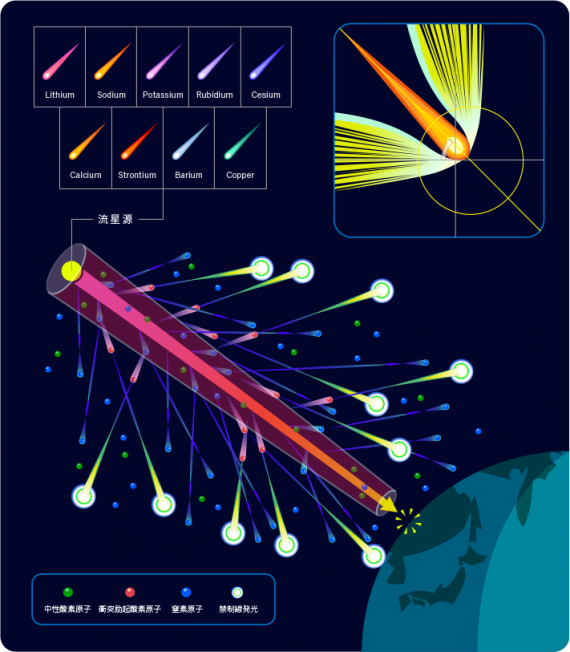 Each of these artificial technicolor meteor showers will be viewable to people within a 60-mile radius (around 30,000,000 people in the greater Tokyo area) and come at a cost of just over $8,000 per "source particle" in addition to the costs of creating and launching the satellite. Which is pretty indulgent, to say the least. So beyond creating a fairly epic spectacle, why on Earth is Star-ALE trying to do this?

They describe themselves as a "pioneer in space-age entertainment" who are working to "develop a series of cutting-edge technologies." And founder and CEO Okajima sees this kind of entertainment as furthering scientific research.

These shooting stars that are born through science function as a high-profit entertainment business, and the resulting funds will serve to further advance fundamental scientific research.

Specifically, Okajima has future ambitions to work in the clean up of space debris. As for the Sky Canvas, the company maintains that the pellets will certainly burn up as they enter the atmosphere, and the satellite itself will burn up within 25 years of being launched–there's just those pesky unknown chemicals being released into the skies to consider.

There are of course other safety considerations in play when it comes to creating an artificial meteor shower. Star-ALE, for its part, maintains that there's no chance of a disaster from a pellet colliding with other satellites or space debris, having "developed a software that calculates the probability of our particles colliding with other objects." If there is a risk of collision, then the meteor shower will be aborted.