They’re one of the darlings of animal parks … relaxing peacefully in a pool with only their nostrils showing, yawning for the cameras to display their massive mouths filled with so few teeth that they don’t seem they could harm a fish, let alone a fisherman … could they? It turns out that the primarily vegetarian hippopotamus may be developing a taste for humans as fishermen in Senegal are refusing to go out in the waters near villages like Gouloumbou, where 25 have been killed and many more mauled in the past ten years. Are they saying the dancing hippos from Fanstasia are just a ... fantasy? 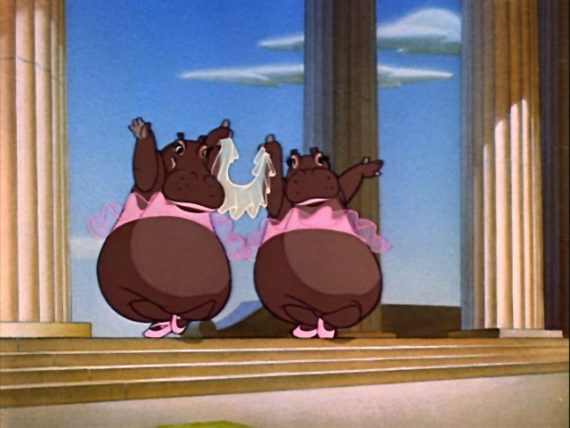 These men are struggling to survive due to these attacks. I have written so many letters to the authorities, even the fisheries minister, to make them aware of the problem.

Abdoulaye Barro Watt, chief of the village of Gouloumbou, describes his attempts to get help from the government. Maybe he should send them a subscription to National Geographic. The magazine has listed the “river horse” as the most dangerous mammal in Africa (after “humans” won for so many years that they were no longer allowed to compete for the coveted trophy).

I came with another fisherman to pick up the nets I had left when the hippopotamus upended our boat. My friend got away but it bit into my left leg, then my right.

Agence France Presse recently interviewed fisherman Ali Fall in his hospital bed where he was just the latest lucky fisherman to escape an attack by a 3,300 pound (1,500 kg) vegetarian. Fall’s fellow fishermen say they haven’t fished in weeks while women in the village admit they never turn their backs on the local tributary of the river Gambia. Sadly, they remember previous times when the villagers and hippos shared the waters in harmony. What happened?

The “official” explanations from local officials blame the fishermen themselves for being out during hippo mating season (what about the rest of the year?), the flimsy wooden fishing boats known as pirogues (they’ve been suitable for hundreds of years) and more people in general using the river (a lack of running water in the village forces people to use it for washing and bathing – something they could fix). While the officials have given the fishermen stronger boats and set up pools where they can fish safely, that doesn’t satisfy them and doesn’t explain the human-hungry hippos.

Fall blames a change in the ancient ways that once allowed the villagers to live with the hippos.

Practicing magic protected people from the river, but now they don't treat it properly, washing their clothes and dishes.

He also blames a curse placed on the village in 2007 by a fisherman who was upset over fish prices.

Whatever the cause, villagers can’t just kill the hippos because they’re a protected species. Fall says he’s changing jobs and his fellow fishermen are doing the same.

Stonehenge Probably Wasn’t That Difficult to Build After All