It's the one fact everyone's one climate change-denying friend likes to seize on: if global warming is real, why are temperatures in the Antarctic holding steady? Now, finally, we may have an answer. Unique currents around the South Pole pull deep waters up to the surface--very cold waters which last saw the atmosphere before the machine age--that are helping to keep the region cool. 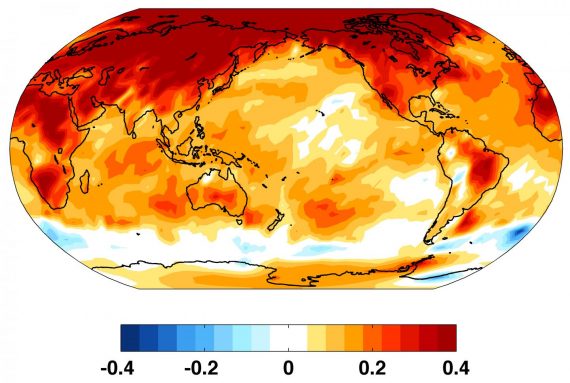 Trends over the past 50 years have shown warming across the entire planet, with the Arctic experiencing the most extreme and rapid climate change. And while the Antarctic is warming, the waters around it are not. Which presents something of a scientific anomaly; with rising carbon dioxide, both poles should be warming. So researchers from the University of Washington and MIT set about finding the cause, and it turns out to be very simple.

As Kyle Armour, a University of Washington assistant professor of oceanography and of atmospheric sciences explained in a statement:

[O]cean currents are the hero here... The Southern Ocean is unique because it's bringing water up from several thousand meters [as much as 2 miles]... It's really deep, old water that's coming up to the surface, all around the continent. You have a lot of water coming to the surface, and that water hasn't seen the atmosphere for hundreds of years. 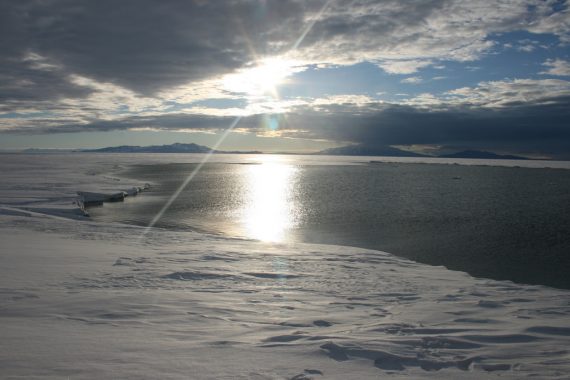 The waters in the Southern Ocean come from great distances, and remain at extraordinary depths until they are whipped up to the surface by gale-force westerly winds in Antarctica. Which is not only good news for current Antarctic life, but for the future; it will be several hundred years before the westerly winds whip up any waters that have ever been touched by climate change.

Sadly though, the ocean currents are having a far from heroic effect on the Arctic. The Atlantic waters, which have been heavily impacted by human-driven climate change, are "clumping" around the North Pole.

So, good news for penguins, terrible news for polar bears.

Photos CC by 2.0 Eli Duke and C Michel on Flickr