In May 2001 the people of New Delhi, the capital of India, were plunged into states of hysteria when a creature that became known as the Monkey-Man became briefly infamous. Late on the night of May 13, a large ape- or monkey-like animal came leaping out of the darkness of one particular slum-like environment, provoking chaos and terror in the process. Coated in hair and standing four to five feet tall, it mercilessly attacked its victims with sharp claws and even sharper fangs. People fled the area, fearful of being pounced on and killed. Or, so we were told.

The local police were quickly on the scene. This was very fortunate, since, in the days that followed, the terror grew and the people of New Delhi quickly set up vigilante-type groups to try and track down the hostile horror. When a number of normal, everyday citizens were beaten up by near-maniacal crowds – who, very bizarrely, mistook them for the Monkey-Man - police swiftly sought to squash the anarchy. They succeeded. The Monkey-Man conveniently disappeared as quickly as it had first surfaced.

As investigations have shown, much of the Monkey-Man phenomenon was provoked by wild hysteria, inflammatory rumors, and not much else at all. It's not impossible that a legitimate creature of some kind may have provoked the initial reports, but just about everything that followed soon afterwards was clearly driven by fear, the rumor-mill, and absolutely groundless tales that spread like wildfire. Such is the often escalating effect that cryptid apes can sometimes have on the populace. That's not to say we should rule out all such stories coming out of India. In fact, quite the opposite. It's time to say "hello" to India's very own Sasquatch - a creature that is far more substantial than the Monkey-Man could ever be. 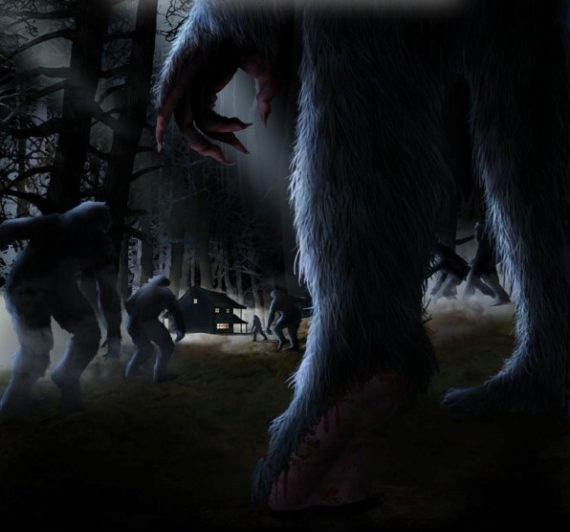 The Mande Burung (which, in English, means "Forest Man") is the closest thing that India has to the Abominable Snowman of the Himalayas, Bigfoot of the United States, China's Yeren, and Australia's Yowie. In fact, it's not at all impossible that all of these entities may share a common ancestor. Presuming, of course, they're flesh and blood animals and not something of a paranormal nature (which, personally, I suspect they may well be). Regardless of what these "things" actually are, most witnesses to the Mande Burung do not describe a terrifying, intimidating beast that feasts on human flesh. Yes, the creature looks intimidating - it's very tall, muscular, and has a coat of black hair. But, according to most of the available data the creatures are shy, placid, vegetarians. Or, maybe not...

There are, however, a number of reports that suggest otherwise. Fortunately, we are not reliant on ancient and hard-to-investigate reports to make a case for the existence of the Mande Burung and its occasional violent behavior. In 2003, for example, what may very well have been a juvenile Mande Burung was encountered in Jammu and Kashmir. One of the witnesses, 20-year-old Raja Wasim, encountered a black, hair-covered man-thing of about four feet in height on his uncle’s farm. It glared at him in decidedly menacing fashion. In Wasim’s own words:

"There is no mistake about what I saw. The monster had the face of a man with monkey-like features. It was the Snowman. It pounced on me and I jumped back on the veranda, shouting for help. My uncle and his family rushed to my rescue and the monster lazily walked away. It was hardly frightened by the commotion." 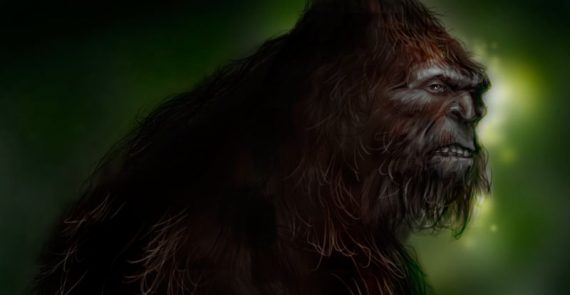 Wasim's uncle, Muhammad Shafi, commented on the fact that the animal did, at one point, exhibit fear, specifically when the family lit fires to keep the thing at bay. Another of those that encountered the creature was 89-year-old Rehman Magray. He said: "In our youth there used to be very heavy snowfall. Almost regularly, the Snowman would visit this village and others close to the mountains where heavy snow made feeding difficult for them during harsh winters."

The final word goes to Jonathan Downes, of the U.K.-based Center for Fortean Zoology: "The Mande-Burung may be a surviving form of a giant ape known from its fossilized teeth and jaw bones, called Gigantopithecus-Blacki, which lived in the Pleistocene epoch around three hundred thousand years ago. This creature is, of course, extinct. However, much contemporary fauna such as the giant panda, the Asian tapir and the Asian elephant that lived alongside the monster ape, still survive today. It is thought by many that Gigantopithecus also survives in the impenetrable jungles and mountains of Asia. Its closest known relatives are the Orangutans of Sumatra and Borneo."