That Religious Experience May Just Be an Epileptic Seizure

Many people claim to have had “visions” of God, had God visit them and even had God personally tell them they were going to win the Super Bowl or the U.S. presidency. Unfortunately, that religious experience never seems to occur when the person is attached to an EEG scan so their brain activity could be monitored … until now. Doctors in Israel were conducting electro encephalogram (EEG) tests on a man when he reported having a religious experience. What they saw on the screen didn’t look like a Supreme Being or a Super Bowl trophy.

In their report in the journal Epilepsy and Behaviour, Dr. Shahar Arzy and Dr. Roey Schurr of Hadassah Hebrew University discuss testing a 46-year-old man for right temporal lobe epilepsy (TLE), a condition he’d had for 40 years. Prior to the test, the man ceased taking his anticonvulsant drugs. While connected to the EEG, this is what happened:

While lying in bed, the patient abruptly “froze” and stared at the ceiling for several minutes, stating later that he felt that God was approaching him. He then started chanting prayers quietly, looked for his Kippa and put it on his head, chanting the prayers more excessively. Then, abruptly, he yelled “And you are Adonai (name of the Hebrew God) the Lord!”, stating later that god had revealed to him, ordering him to bring redemption to the people of Israel. The patient then stood up, detached the EEG electrodes from his skin, and went around the department trying to convince people to follow him, stating that “God has sent me to you.”

Before the man – who the doctors said was Jewish but not very religious - went spiritual, the researchers managed to get some interesting readings which showed increased activity in the left prefrontal cortex before the “experience.” They diagnosed this as a “grandiose religious delusion of revelation and missionary zeal in the context of post-ictal psychosis (PIP)” – a form of psychosis that can occur after epileptic seizures. 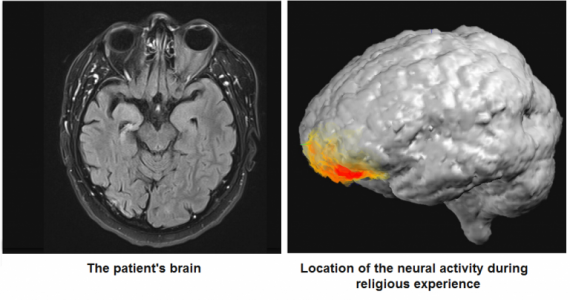 The prefrontal cortex has been speculated to be linked to spiritual experiences or visions but this is the first time one has occurred in a patient whose brain activity could be monitored. The Epilepsy Foundation confirms that patents with TLE seizures occasionally report hallucinations giving them warnings. It also says that seizures can be preceded by auras containing visions and smells, which coincides with reports by religious experiencers of smelling flowers.

Monitoring seizures is easy. Hooking up an EEG to persons in mid-rapture is difficult. One lucky break doesn’t prove that religious experiences and epilepsy are linked but it’s worth studying more. What about autism?

Are we medicating spiritual and mystical experiences out of existence? 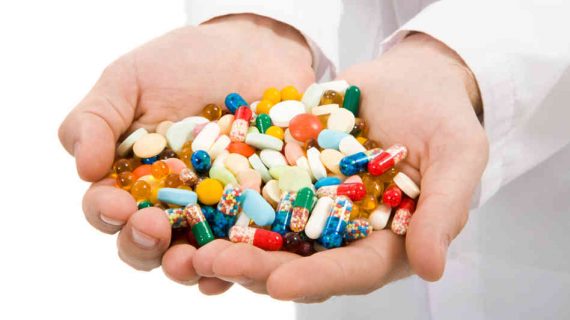