The Case of the Exploding Bookcase: Jung, Freud and their Parapsychological Feuds

If there's a thing I've learned during my involvement in the online Fortean community, is that it has its little list of beloved luminaries: Those intellectual giants of years past or present, whose notable credentials --paired with a peculiar fondness for fringe ideas-- make them our go-to quotable figures whenever we're trying to defend our point of view against fundamentalist skeptics; of course when we do quote our heroes, we then fall prey to the skeptics' accusations of 'appealing to authority' --forgetting they too often fall into the same logical sins as we do...

Along with Nikola Tesla, that modern-age wizard of electricity, there's probably no higher figure in the paranormal pantheon as Carl Jung. Not only did the Swiss psychiatrist invent the notion of the 'collective unconscious' inhabited by archetypes dictating human conduct, but he also used the ancient system of Alchemy in order to give a coherent form to these symbols. He was also among the first intellectuals to take a serious look on the subject of flying saucers, coined the term 'synchronicity', which has become so en-vogue in the current discussions of New Age and alternative forums --oh, and did I forget to mention that for a while he had a 'spirit guide' named Philemon, who helped him get cured from a mental breakdown, as well as 'channeling' the infamous Red Book? If *that* doesn't get you into the highest pedestals of the Fortean altar, I don't know what could! 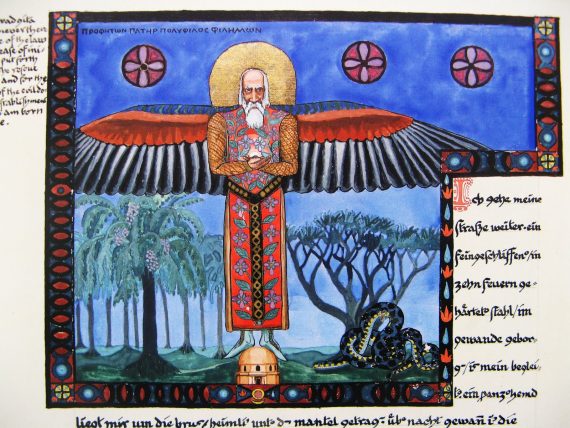 Of course, there was a time when Jung wasn't such an eclectic free-thinker. His early years were marked by the man whose name is still synonymous with Psychiatry and repressed sexual fantasies with one's mother: Sigmund Freud.

By the time Jung was starting his career Freud was already on the cusp of his, widely recognized as the founder of the psychoanalytic movement. The two met in Vienna (Freud's base of operation)  in 1906, and were said to remain in conversation for hours on end. The senior mentor took the young maverick under his wing, and with his help Jung was elected as chairman of the International Psychoanalytical Association. There was no doubt in anyone's mind Jung was "the crown prince and successor" to Freud's divan.

That is, until Jung vehemently rebelled against many of Freud's ideas, especially the pivotal importance he gave to the libido with regards to human personality and the arisal of mental illness. In 1913 Jung resigned to his position in the psychoanalytical association and began to distance himself from his old mentor. A year before, during a meeting between psychoanalytic professionals in Munich, Freud was so distressed while listening to his former pupil talk about the conflicts in the psychoanalytic movement, he literally fainted and had to be carried to a nearby couch by Jung himself.

If you're interested in all this 'psycho-drama' (ha! I surprise even myself) then I suggest you to add David Cronenberg's 'A Dangerous Method' (2011) to your Netflix wishlist. 'A Dangerous…'  not only tries to show Jung and Freud's feud (magnificently portrayed by Michael Fassbender and Viggo Mortensen) but also both of these men's relationship with Sabina Spielrein (played by Keira Knightley): a Russian physician who before becoming one of the first female psychoanalysts, started out as one of Jung's patients... and eventually became his lover. The occasional scene with Jung vigorously spanking Spielrein naked buttocks during one of their 'sessions', may or may not be reason enough to show caution when deciding the APPROPRIATE time to play this film during a family movie night… 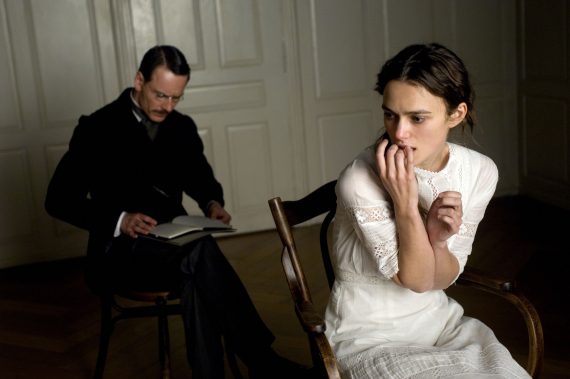 But aside from Keira Knightley's five-star ass, there's another reason why I found this film so compelling: Because it shows an event, purportedly occurring in 1909, which further highlighted the widening gulf between the two fathers of Psychotherapy, and their divergent ways of seeing the world: Jung was very interested in 'verboten' subjects like parapsychology and precognition,  Freud --who was very much a positivist materialist like all the intellectuals of his era, and also concerned with anything who might cast a bad light in the still nascent movement of Psychoanalysis, and its acceptance in mainstream Science (sounds familiar, UFO fans?)-- would have none of it. While he was chastising Jung for entertaining such 'silly notions', what happened next, popularized as "the bookcase explosion incident,"was adequatly captured by Cronenberg's cinema:

I say 'adequatly captured', because according to Jung's own account of the incident, the noise coming out of the bookcase --which he categorized as a 'catalytic exteriorisation phenomenon'-- was in reality so loud that they both "started up in alarm, fearing the thing was going to topple over on us." Whereas in the movie the sound seems almost coincidental (save for the fact that it was immediately followed by a second one, just as he had 'predicted') Jung's testimony leaves little room for ambiguous interpretation.

I'd learned about this incident prior to watching 'A Dangerous Method' on Netflix (in fact, it was one of the reasons I was interested in watching it) when I was reading Greg Bishop's manuscript for his latest book, 'It Defies Language!' last year. This collection of short essays --which I contributed to by illustrating the chapters and designing the book covers-- not only encompasses Greg's speculation about the nature of the UFO phenomenon from his days as co-editor of the independent magazine The Excluded Middle, to his blogging collaboration in the now-defunct website UFOMystic; but also serves as something of an autobiographical memoir, and features some of the high points in his journey through this crooked path he found himself walking through. 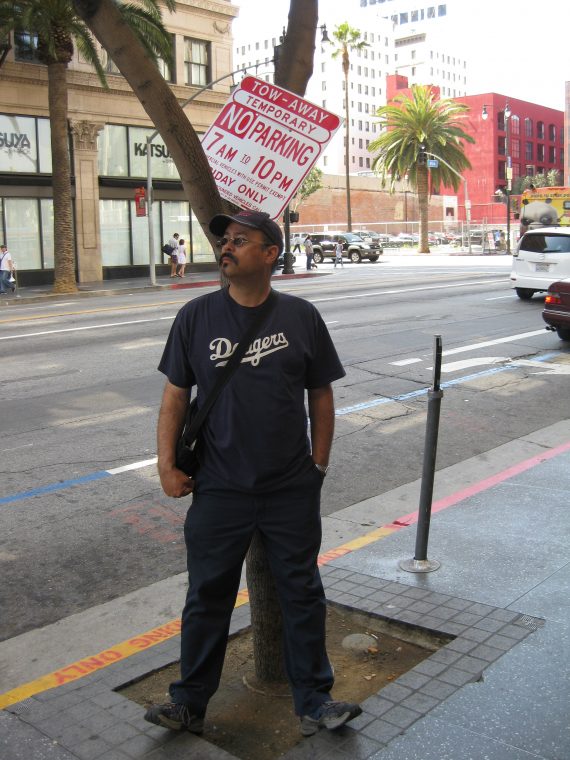 In Chapter 2, where he narrates the 'three only times' in his life in which he's experienced what might be considered a 'psychic episode', Greg mentions the Jung-Freud bookcase incident because something very similar happened to him:

" [One night] I was visiting my co-editor Robert Larson at his home. We were having glasses of beer and talking about my troubled marriage and impending divorce. Finishing my glass, i went to the kitchen to wash it out with cold water. As I turned off the water and started to put the glass on a drying rack, there was a loud "pop" and the glass literally exploded in my hand. Pieces flew at least ten feet across the floor. Some shards actually ended up in the laundry room. A few slivers of the glass were still stuck to my hand as I stared in amazement."

Greg's 'exploding glass' incident happened the night before he was scheduled to interview Dean Radin, the famous parapsychologist, for The Excludded Middle --something which probably added up to his internal turmoil, I might add. Greg mentioned the event to Radin during the conversation, and after thinking about this for a bit, he finally said, "Well, don't you see that this might have been the appropriate thing to happen at this time. You are under stress, and perhaps this was externalized in the breaking glass."

Explosive bookcases and explosive beer glasses. In both accounts we find a charge of emotional stress, apparently having an effect in a material object, resulting in a violent liberation of energy --and consider how glass. which may have been involved in BOTH events, as illustrated by the old-fashioned bookcase below, is a material that happens to be particularly vulnerable to tension. 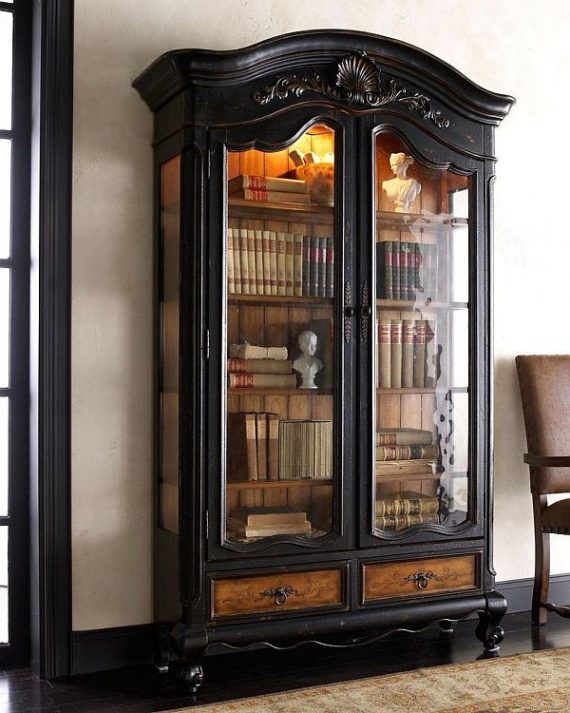 In both accounts, we are left with a puzzle to solve: Meaningful coincidence, or a trivial one? Psychokinesis, or a simple question of matter and chance set in motion at the right moment and the right time? A loud BANG or weak creak? Depending on your stance toward Materialism, you'll either choose the former or the latter.

Indeed, even though Freud was very impressed at the time with the whole bookcase incident, he soon found an adequate explanation which could satisfy his skeptical personality; in a letter to Jung dated April 16th, 1909, he wrote:

"I do not deny that your comments and your experiment made a powerful impression upon me. After your departure I determined to make some observations, and here are the results. In my front room there are continual creaking noises, from where the two heavy Egyptian steles rest on the oak boards of the bookcase, so that's obvious. In the second room, where we heard the crash, such noises are very rare. At first I was inclined to ascribe some meaning to it if the noise we heard so frequently when you were here were never again heard after your departure. But since then it has happened over and over again, yet never in connection with my thoughts and never when I was considering you or your special problem. (Not now, either, I add by way of challenge). The phenomenon was soon deprived of all significance for me by something else. My credulity, or at least my readiness to believe, vanished along with the spell of your personal presence (…) The furniture stands before me spiritless and dead, like nature silent and godless before the poet after the passing of the gods of Greece."

But for Jung, there was no turning back. He decided to tread through mystic paths in search of fairies in the garden, where many others dared not to follow; and people like Greg Bishop and  myself (and surely you too, dear reader) are forever grateful for it. Because not only are we now free to quote him whenever we need something witty to retort to a bothersome skeptic; but also because thanks to people like him, we are able to analyze both the mysteries of the world and the mystery lying deep within ourselves, from a much richer perspective than the one regulated by materialistic dogmas. We need as many of those fresh perspectives as we can get, though, because a century after that bookcase scared the shit out of Jung and Freud, there's still plenty of scary things that go bump in the night, and no matter how much we keep discovering every day, in many ways we're barely scratching at the surface of what's really out there.

Have confidence, though. If the search for answers gets too overwhelming, perhaps old Philemon will appear and give a helping hand and ease the tension... before everything comes crashing down at you. 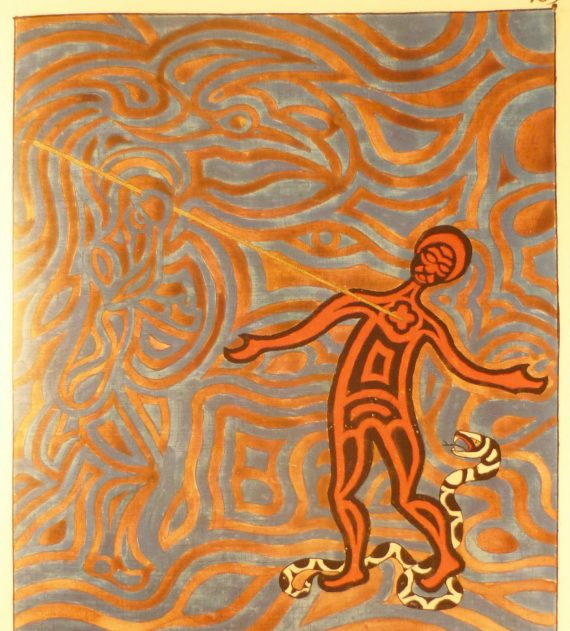