The Saga of the New Forest Coven

The website iNewForest says of witchcraft in England: "The New Forest is an important place in the history of Wicca. Gerald Gardner, the 'Father of Wicca' was initiated into the New Forest Coven in 1939. However the 'old religion' has been practiced in the forest for a long time before then. 'Cunning folk' from Medieval times and all over Britain would practice their form of magic to help heal, cast spells and in fortune telling. These wise men and women would often be persecuted for witch craft. So, understandably these 'witches' would often keep a very low profile and their faith quiet."

Much of the witchcraft that iNewForest refers to operated out of the village of Burley. The BBC notes that, "Burley is one of the New Forest's most picturesque villages, but behind the postcard image, there lies a secret past...in the 1950s a woman called Sybil Leek lived in Burley with her pet Jackdaw. She became a TV reporter but primarily claimed to be a witch. Sybil had lived with gypsies and gained an excellent knowledge of the New Forest. She was recognized as an expert on forest ways and wrote several books on the subject. She also named a witchcraft shop, 'A Coven of Witches.'"

Then, there’s the matter of the New Forest Coven, a secret society of witches who also operated out of broadly the same area. So far as can be determined, the presence of the coven in the New Forest first appeared in the latter part of the 1930s. That does not mean it didn’t exist in some prior form elsewhere, however. Rather, it simply means we’re unable to find evidence of its specific existence before the late-thirties.

The primary source for information on the New Forest Coven was the aforementioned Gerald Gardner, a man who is indeed, today, widely referred to as the "Father of Wicca." According to Gardner, he was invited to become one of the New Forest Coven in September 1939 – the very month that the Second World War began. Gardner wasn’t just invited, however: he was initiated.

According to what Gardner was told by the members of the New Forest Coven, its beliefs and practices dated back to pre-Christian eras. The group had its very own deity, a horned one, and was - to a degree, at least – inspired by the work of Dr. Margaret Murray, an Egyptologist who wrote and spoke widely on the matter of early European witch-cults. In 1921 Murray wrote a book titled The Witch-Cult in Europe. It was a book that Gerald Gardner suspected may have had an influence on the New Forest Coven, even if it existed – in some form – much earlier.

While a great deal of data relative to the origins of the New Forest Coven are inevitably lost to the fog of time, what we do know is that one of the prime-movers in the cult was a woman named Rosamund Sabine – who, prior to becoming involved in the New Forest Coven, was also involved with the Hermetic Order of the Golden Dawn. 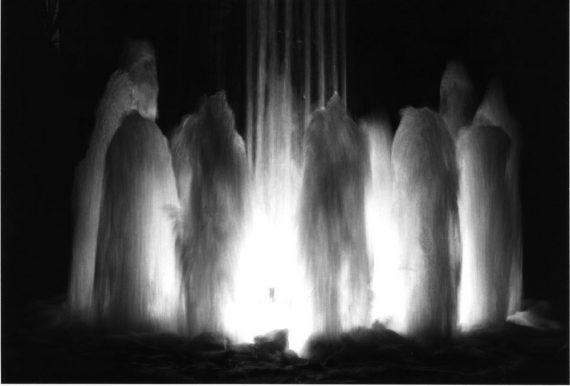 Perhaps most controversial of all is the claim that in August 1940 the New Forest Coven engaged in a lengthy and complicated ritual to try and prevent Adolf Hitler’s hordes from invading the United Kingdom. And all (allegedly, at least...) with the secret consent of the British Government and its then-burgeoning Intelligence community. Supposedly, the ritual was known as the "Cone of Power." True or not, it remains the pinnacle of the occult-based work of the New Forest Coven.

That Hitler never did invade the U.K. – despite having overrun much of Europe – was seen as evidence by Gardner that the old magic could be utilized in a then-modern day setting to achieve extraordinary goals. Of course, that the U.K. is separated from the rest of Europe by the English Channel and the North Sea very likely had something to do with why nutty Hitler didn't succeed in invading, and taking control of, the U.K.